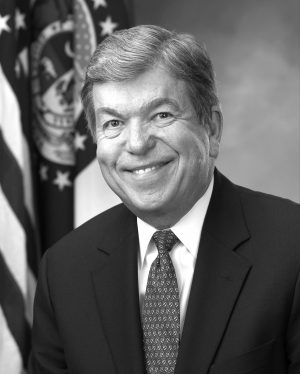 The Senate recently had a vote on the Green New Deal – a wide-ranging bill that would vastly expand the federal government’s authority and cost our economy trillions. No sooner had the sponsors introduced the bill – which is really a grab bag of progressive policy proposals – than they were complaining about it coming to a vote. Having read it myself, I can’t blame them. It’s chock full of bad ideas and, while it may have failed in the Senate, we’re sure to hear more about it between now and the election. It’s worth taking a look at what the Green New Deal would mean for Missourians, especially in our rural areas.

One of the main goals of the Green New Deal is to completely phase out the types of reliable, affordable energy we rely on in our state. The bill requires the United States to switch to renewable fuels within a decade – a goal that even President Obama’s former science advisor has said is not feasible. The renewable energy mandate would cause families’ utility bills to increase by double digits, which means less money to spend on groceries, doctors’ visits and school supplies. The next time you pay your utility bill, write it out of your checkbook one more time just to see what would happen if this poorly thought out policy goes into effect.

The legislation also gives the federal government unprecedented control over Americans’ private property. In order to meet strict new energy mandates in the bill, countless factories, main street businesses, and homes would have to be overhauled or completely rebuilt. Farming would be all but impossible. Even if we had electric tractors and combines, we wouldn’t have the capacity to power them. Blake Hurst, president of the Missouri Farm Bureau, has said that transitioning Missouri ag to renewable energy would require “totally rebuilding the electrical grid.” It’s as unrealistic as it is unaffordable.

Some of the worst ideas in the Green New Deal have nothing to do with climate change or anything “green” at all. One of the most concerning parts of the plan is that it includes a government takeover of health care. The “Medicare for All” proposal would really mean “Medicare for None.” It outlaws private insurance plans most Americans have today, which sounds just fine to one of my Senate colleagues who’s running for president. She said, “Let’s eliminate all of that. Let’s move on.” In this case, moving on would mean people losing control over their own health care decisions and a huge tax hike to cover the $36 trillion price tag. To put that in perspective, that’s about the same cost to rebuild America’s Interstate highways every year for a century.

That’s just one part of the proposal. All told, the Green New Deal would, according to one analysis, cost upwards of $93 trillion. It’s a huge price to pay, not just in dollars and cents but in the choices it would take away from people to decide what’s best for them and their families. Ideas like the Green New Deal may sound appealing to some people on the far end of the political spectrum, but this is not something our country could afford and most Americans could support.