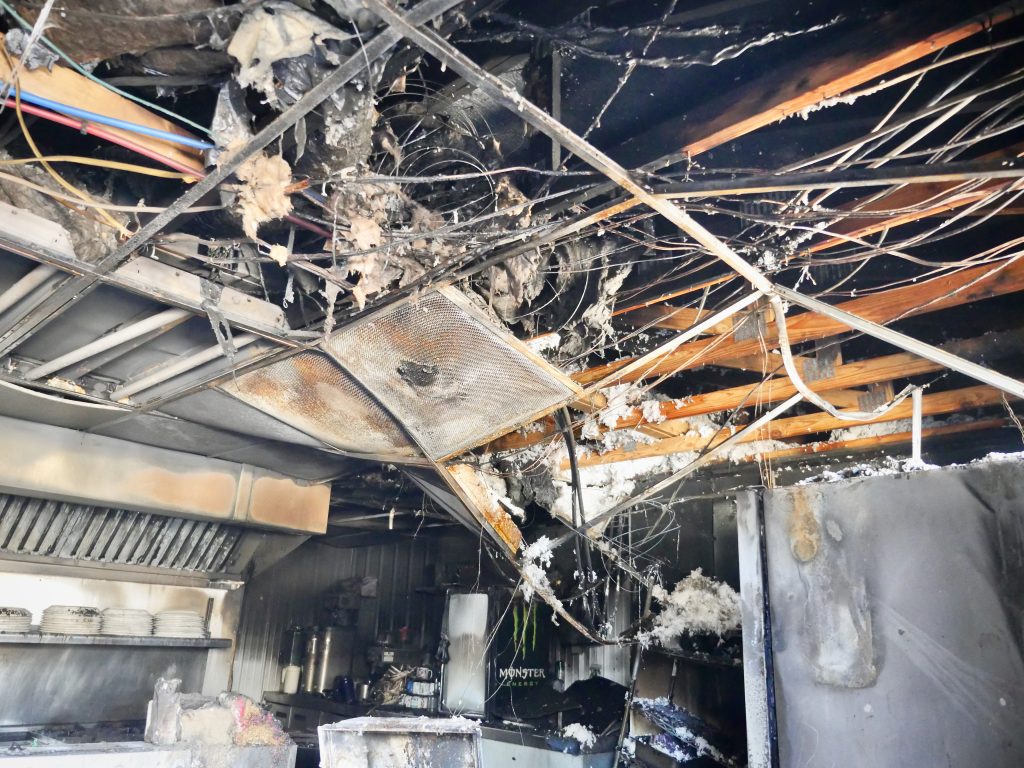 Michael Boyink/Herald Damage from the suspected source of the fire in the kitchen ceiling at Archie’s Family Restaurant in Ava, Missouri.

A fire at Archie’s Family Restaurant Monday evening means Ava residents have one less option for eating out.

For a while, anyway.

A sign on the entry door at Archie’s and the restaurant’s Facebook page have the same message for disappointed customers:

The fire was first noticed by Ava Police Corporal Dewayne Butterworth who noted thick smoke coming from the building. After ensuring no one was in the building he alerted the Ava City Fire Department, who made entry into the kitchen area and found an active fire.

With the Ava Police department diverting traffic around the fire, the Fire Department was able to extinguish the blaze in roughly 20 minutes.

Structurally, the building remains  approximately 90% intact.  However the entire interior – including the dining area – suffered extensive damage due to heat and smoke from the flames and the water required to put them out. 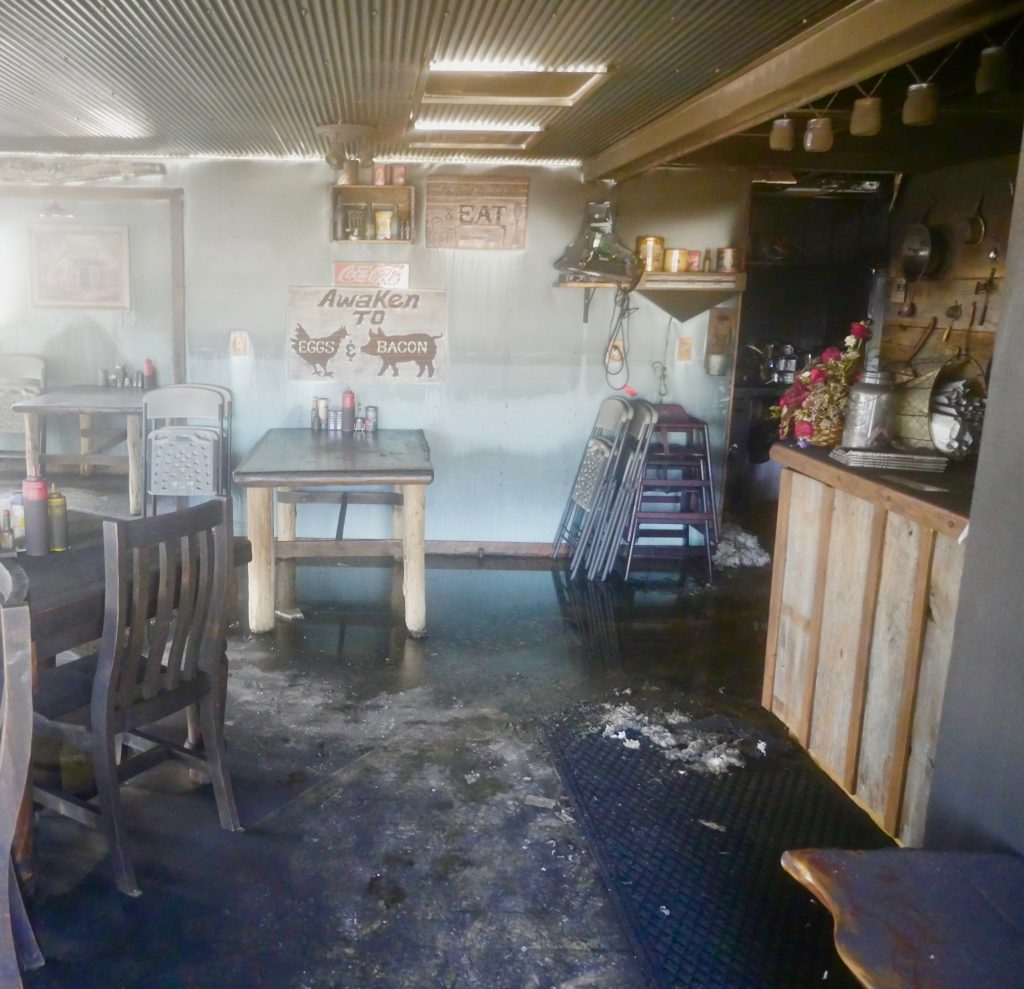 The Missouri State Fire Marshal’s Office completed an investigation in the early hours of the Tuesday morning. A spokesperson for the Fire Marshal’s office said the fire is classified as “accidental” and the source was localized to the kitchen ceiling by a florescent light fixture.

The immediate future of the restaurant is uncertain. “We’re on hold until the insurance company gets here,” said Robin Collett, “We’re not allowed to touch anything except the cooler.”

Despite the  tragedy, she was able to see some positives.

“It could have been worse – at least nobody got hurt,” she said. “And we live in an amazing community,” she said. “We’ve already had a lot of offers to help out.”

Keep up with Archie’s recovery efforts by visiting their Facebook page: facebook.com/archiesrestaurant. 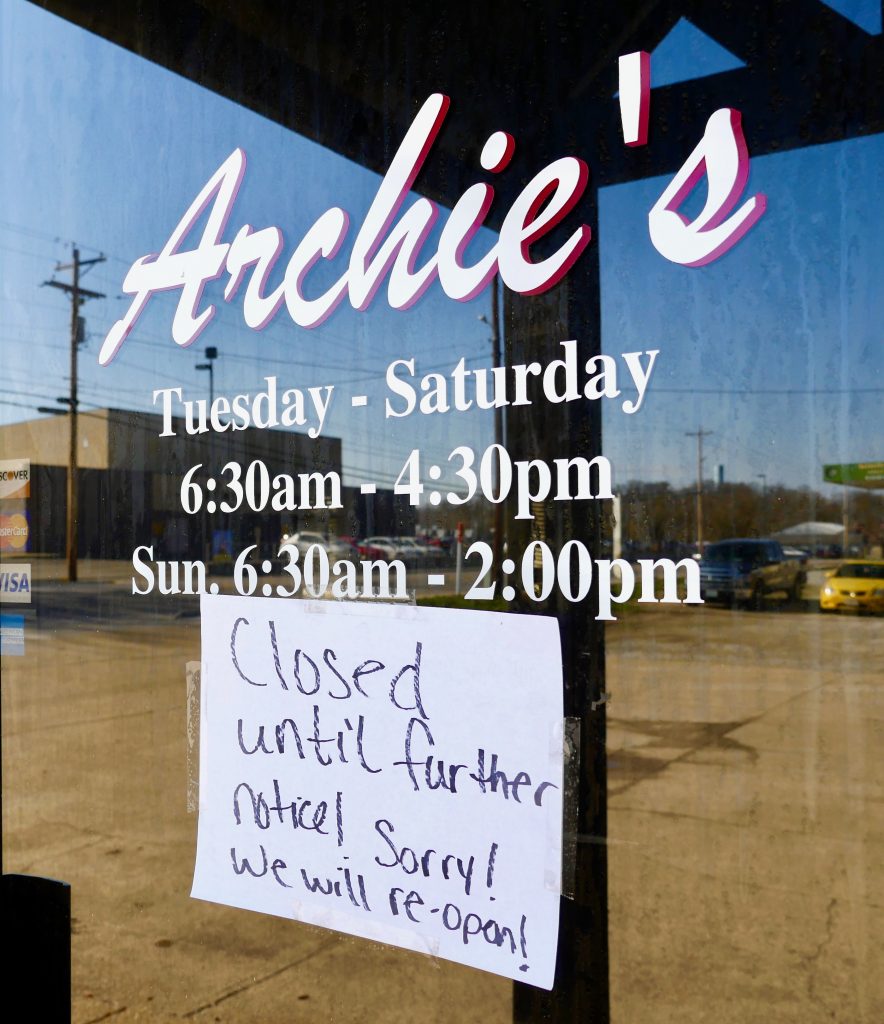 Michael Boyink/Herald
Due to damage from the fire, Archie’s Family Restaurant is closed until further notice.