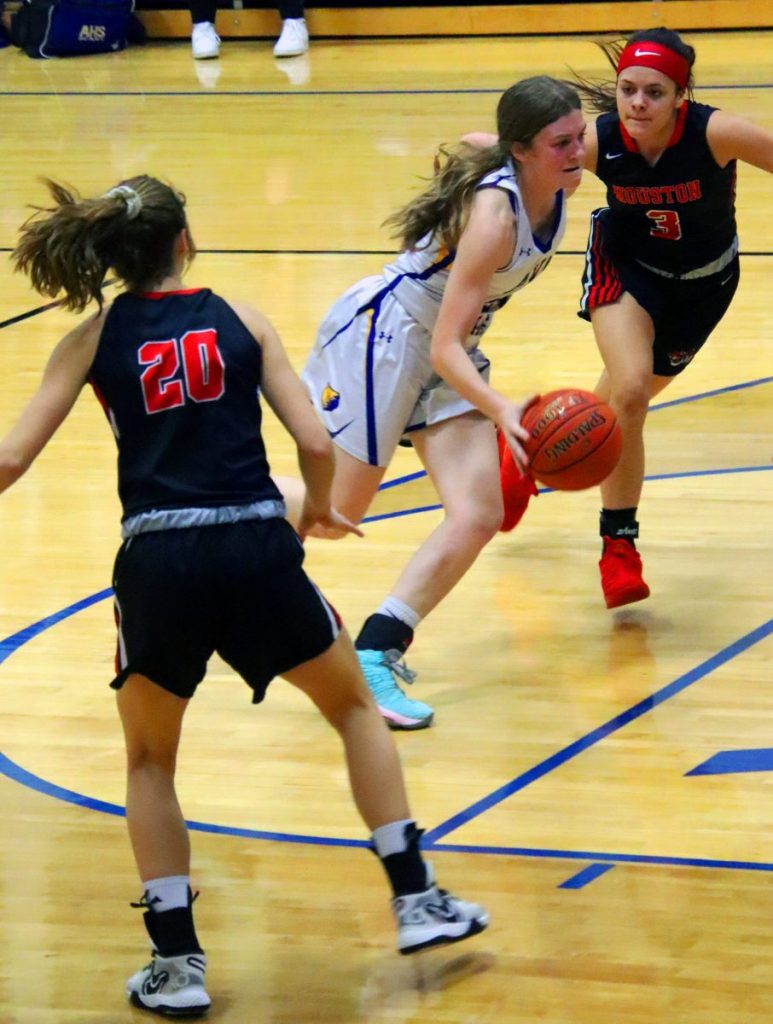 The Ava Lady Bears basketball squad improved their season record to 15-5 with a win over Houston on Thursday. The Lady Bears had defeated Thayer earlier in the week.

Ava came roaring out in the early minutes of the game with Houston, scoring the first 16 points unanswered. Houston would put in two points, but the Lady Bears would come back with the final nine of the quarter.

The second quarter saw the teams trade baskets early, but Ava would stretch their lead out by two to go up 37-12 at halftime.

The Lady Bears came out of halftime with another strong effort and outscored the visitors, 17-6, in the quarter. Ava again went on scoring runs to open and close the quarter.

The Lady Bears had again taken an early lead going up 15-4 after one quarter of play. Ava was outscored in the second quarter, 16-14, but still carried a nine point lead into the second half.

Ava was able to stretch their lead out to 44-29 after three quarters of play.

Mendel put up 25 points in the game to lead the Lady Bears scoring. Olivia Gastineau had 12; Evans, 11; Lexie Gastineau, eight; and Alexander, four.

The Lady Bears will host Fair Grove on Thursday. 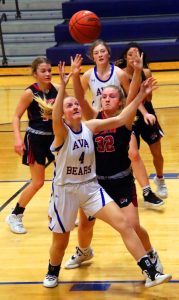 Doug Berger/Herald
Baylan Alexander pulls in a loose ball in the Lady Bears win over Houston on Thursday.