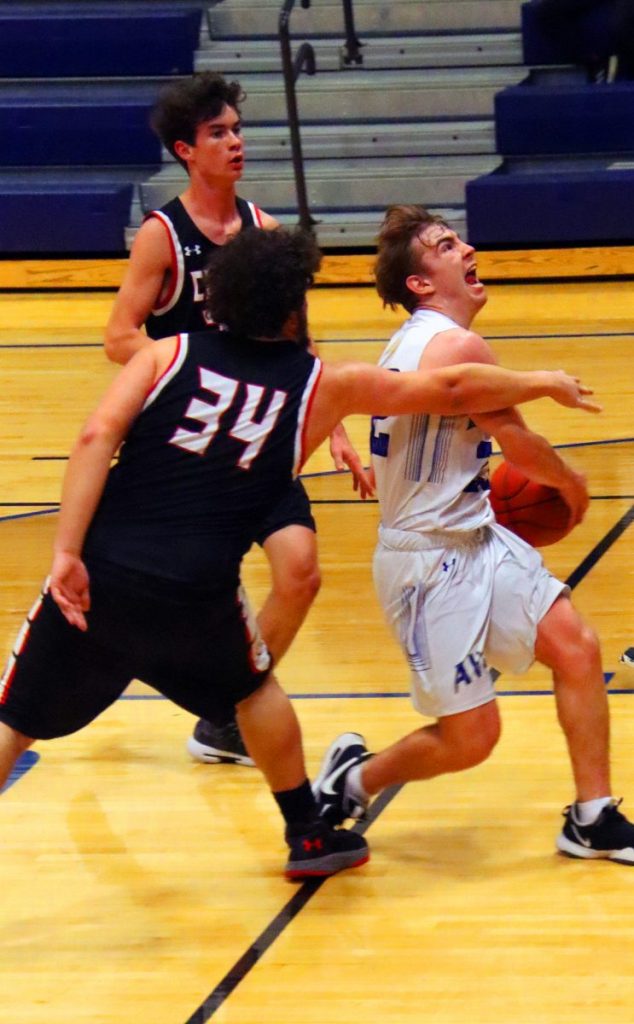 The Bears went out to a 12-4 lead with some early long range shooting from Quinton Donley and Andrew Daulton. Daulton opened the game with a three-pointer and Donley followed with the first of his two during the early Ava run. The Bears stretched their lead out to 23-9, before Conway scored seven in a short run of their own. Ava scored the final two of the quarter and held a 25-16 edge.

The Bears put the game away in the third quarter when they held Conway to nine points and tallied 21 of their own.

Four Bears were in double figures in the game. Dalton had 28; Blayne Mendel, 16; Mason Cole, 13; and Quinton Donley, 12. Ethan Donley and Bryse Dodson added two each.

Ava went out to a 22-13 first quarter lead. Liberty came back in the second period to tie the game at halftime, 35-35. Long distance shooting put Liberty on top after three quarters of play, 52-46. The Eagles sank five three-point shots in the quarter to take the lead. In the game Liberty scored almost half of their points from behind the three-point stripe, sinking 12 three-pointers. In a high scoring final quarter, Ava made a run at the Eagles, outscoring them 26-23, but the Bears couldn’t make up the difference.

The Bears will host Clever on Friday.

Ava will participate in the Family Pharmacy Panther Classic in both the varsity and junior varsity divisions next week at Mountain Grove. 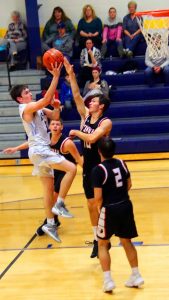