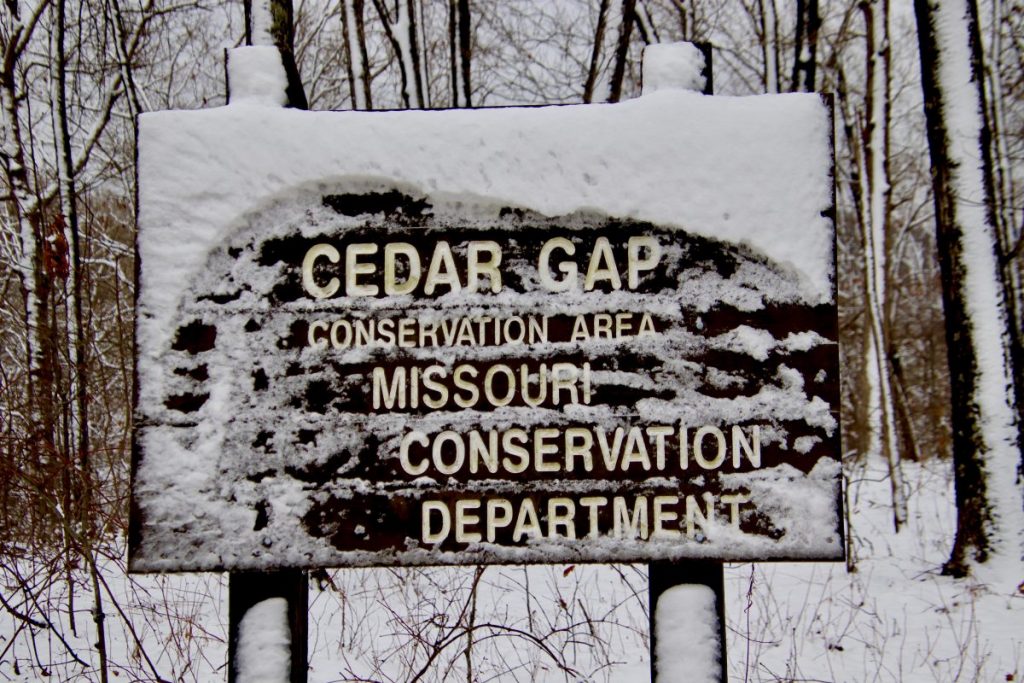 Cedar Gap is known to many people just by the highway sign along Hwy. 60 several miles west of Mansfield. A limited number of the travelers on Hwy. 60 have ventured off the highway to see what remains of the community which was once a thriving railroad depot, summer resort area and home to an important orchard area in the state.  Fewer still have probably wandered down into the hollow below the headwaters of Bryant Creek. 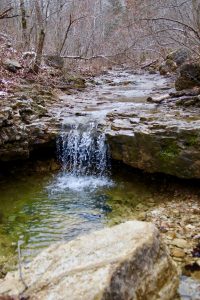 What remains of the community of Cedar Gap is not visible from the highway. Immediately southeast of Cedar Gap you cross over the Burlington-Northern Railroad tracks to find the Cedar Gap Conservation Area.

The approximately 430 acre Conservation area, operated by the Missouri Department of Conservation was created in 1999. A group of private citizens from Springfield and Cedar Gap raised the funds for the purchase of the property. The Conservation Area is located near the Cedar Gap Plateau, which is recognized as containing the second highest point in the state of Missouri.

A surfaced three-eighth mile trail from the Conservation Area parking lot leads to a marker overlooking the Conservation Area and the beginnings of the Bryant Creek watershed. The area immediately below the marker has been cleared to allow for a view of the watershed to the south. The marker at the overlook reads “Headwaters of Bryant Creek. Dedicated to memory of John A. Morris. A kind man who loved his family and enjoyed spending time with them floating and fishing Bryant Creek. And in honor of all those who share the vision of preserving the land. ‘Never doubt that a small group of thoughtful committed people can change the world. Indeed, it’s the only thing that ever has’ Margaret Mead. In recognition of David and Janice Reynolds who shared their dreams for preservation of Cedar Gap with over 200 individual donors in cooperation with the Missouri Conservation Heritage Foundation.” 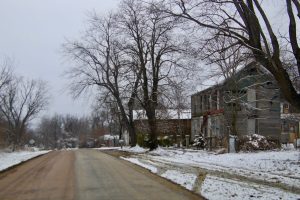 Doug Berger/Herald
A look down the roadway through Cedar Gap.

The trail leading down the ridge from the overlook marker to the stream bed becomes much more rugged with some of the trail having experienced considerable washout, but it is still easily followed, even after a snowfall. As a hiker works their way down the ridge they will begin to hear the flow of a small stream as it falls over small rock outcrops. The stream had sufficient flow that even during a cold January morning it was still working its way down the valley. During periods of high rainfall, it might be difficult to follow the trail across the stream at several locations. In some locations, stepping stones lead you across the small stream.

Not long after reaching the stream bed, two streams come together, and hikers can head back up out of the hollow on what appears to be the remnant of an old roadbed. The hiking loop if persons turn back up the hill at that point is indicated to be 1.6 miles. But hikers can follow a trail further down the streambed, crisscrossing the stream. A log cabin is located along this section of trail, which is not a loop, and hikers will have to retrace their path to reach the loop trail heading back to the Conservation Area parking lot.

If hikers travel back to the parking area on the 1.6 mile loop by following the old roadbed they will pass limestone glades and an old limestone quarry. Once they reach the top of the Conservation area, the hiker will have to follow a roadway for a short way along the railroad tracks to reach the parking area. 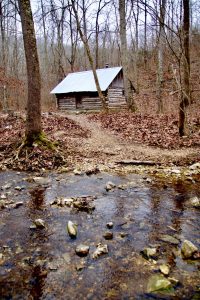 Dan Mitchell, a Battlefield, Mo. resident, who published a history of Cedar Gap in 2015, indicated that Cedar Gap was founded in 1882 and was the highest point on the Kansas City, Springfield and Memphis Railroad.

An article in the June 13, 1929, issue of the Douglas County Herald also addressed the elevation of Cedar Gap. The article indicated that Cedar Gap was the highest point in the Ozarks between Kansas City and Memphis, according to Dr. E.M. Shepard, member of the Missouri Board of Geology and Mines. At the time Cedar Gap was listed at 1,692 feet.

In his history, Mitchell points out that the community at one time had the reputation as a “bustling mountain resort.” He explained that the railroad promoted the image. The community did attract a number of residents from Memphis during the summer months, Mitchell indicated in the history. These summer residents built summer homes, and one developed extensive orchard holdings and facilities at the location, the history pointed out. The summer residents were even referred to as the Memphis Colony. 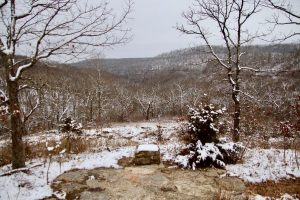 Mitchell wrote in his history that Louis Erb, a commission merchant from Memphis, while traveling to Kansas City on the train stopped at Cedar Gap and decided it would be a good location for summer homes and to establish an orchard, which could supply his produce business. Erb bought an orchard already established in the Cedar Gap area and later added additional land for orchards, Mitchell indicated in the history.

The March 22, 1923, issue of the Douglas County Herald contained an article, which pointed out the size of the orchard industry at Cedar Gap. The article read, “A crop of over 100,000 bushels of apples are expected this year from the 1,000 acre apple orchard of Lewis Erb of Cedar Gap This is one of the largest individually owned orchards in the United States. Last year the crop amounted to 35,000 barrels of three bushels each…The good apples are placed on the markets, while the culls are made into vinegar by the Seneca Fruit Co., which is also located in Cedar Gap.”

Mitchell also mentioned in his history that Laura Ingalls Wilder made mention of the orchards when passing through on the railroad on the way to her home in Mansfield.

Mitchell pointed out a combination of automobile travel, the Missouri orchard business losing market share to western states and the Great Depression started to attack Cedar Gap’s economic base, and led to its fading as a strong commercial hub.