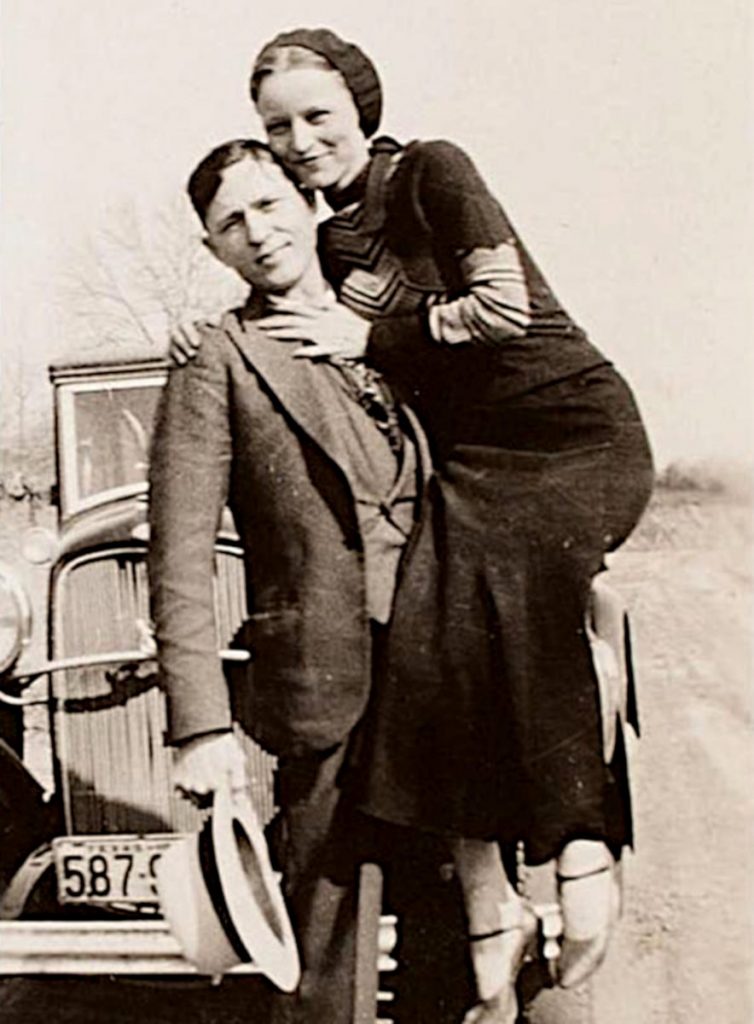 Wikimedia Commons Was Walter Hartley’s car like the one pictured here with Bonnie Parker and Clyde Barrow?

The newspapers never really did settle on a catchy name.

He was, at different times, the bank bandit, the Ozark outlaw, the Ozarks desperado, the Ozark gunman, an “Ozarks Bad Man”, and a “dapper ex-convict.”

He was a bank robber. A jail escapee. Having both guns and booze during Prohibition.

His name was Walter Hartley. He was Texan who took up residence in  Mountain Grove. His exploits, however, involved law enforcement from the Missouri State Highway Patrol, Texas County, Douglas County, Christian County, Howell County, Oklahoma and others.

His biggest claim to fame?

He drove a car that fit the description of one driven by Clyde Barrow (of Bonnie and Clyde fame).

For Walter, that is.

It led to his getting picked up by the police while he was on the run from the law.

But we’ll get back to that.

Let’s look at a timeline of Walter Hartley’s illegal activities in the Ozark in the 1930s.

In Walter’s first mention in the local press he’s already a convicted felon.

He was arrested on suspicion of being the “lone bandit who staged a daylight robbery at the Bank of Highlandville.”  Five witnesses agreed it was him.

Walter was fresh out of prison, having served seven years of a 10-year sentence for a bank robbery in Cabool.

But he wasn’t a free man. He was on bond for alleged participation in a recent bank robbery in Sparta.

Walter is on trial in Ozark. The prosecutor comments that the state will seek the death penalty for him, since he is a “habitual criminal.”

Officers said it was Walters “lavish expenditures” that brought him to their attention.

The first jury had to be dismissed, as jurors read a newspaper interview where the prosecutor described Hartley as a “potential murderer.”

The court session went until 10 p.m.

Walter Hartley didn’t get the death penalty. Instead, after a court case described as “sensational one, attended by the largest court crowds seen in Ozark for some time,” he was sentenced to 20 years in prison.

Hartley escapes the Howell County Jail in West Plains, along with four other men. A week earlier some of his accomplices in the bank jobs escaped the county jail in Gainesville.

On a tip, deputies “borrowed machine guns” stormed the house of Hartley’s brother in Mountain Grove. They find nothing and suspect the tip was fake.

Later that month, Hartley is arrested and identified as the driver of the car in yet another bank robbery, this one in Hammond.

He again escapes from the jail.

He is picked up by the State Highway Patrol, but yet again escapes from the custody of a constable.

Hartley is on then on the run for several months.

Spring 1934 finds Walter Hartley in Miami, Oklahoma. Where police are searching for the “Oklahoma outlaw”, aka Clyde Barrow.

And Walter is driving that look-alike red coupe. One account links him to another outlaw by the name of Pretty Boy Floyd.

He is picked up, and brought to Ava. After spending the night here and retaining a lawyer, Hartley is brought back to the Gainesville Jail on charges of robbing the bank of Hammond.

Newspaper accounts said Walter was “very pleasant,” talked of hiding out in the brush over the winter, and while in Ava “directed a letter to his wife at Branch, MO.”

Hartley pleads not guilty to bank robbery at his arraignment. Officers also mention a “quantity of wine and whisky” found in his car.

Deputies found the Sheriffs car abandoned a short distance down the road. They believed friends met Harley there.

Deputies from Ozark, Howell, and Douglas counties and “authorities from across the Arkansas border” search for him.

No cars were reported stolen, so officers assumed Hartley remained on foot and is in the wilderness.

Bloodhounds were brought out to no avail.

On May 18th, Walter Hartley was apprehended in a hideout just over the Arkansas border in Marion county.

He didn’t go down without a fight.

After taking shots in the neck and shoulder, Harley fell, apparently dead. Offices left to get their cars and while they were gone, Hartley revived and stole two of the officers shotguns. He fired on the officers while fleeing into the woods.

The only time Walter Hartley’s name appeared in the newspapers after that was when some of men he escaped prison with were found serving time in Arkansas for highway robbery and attempted kidnapping.