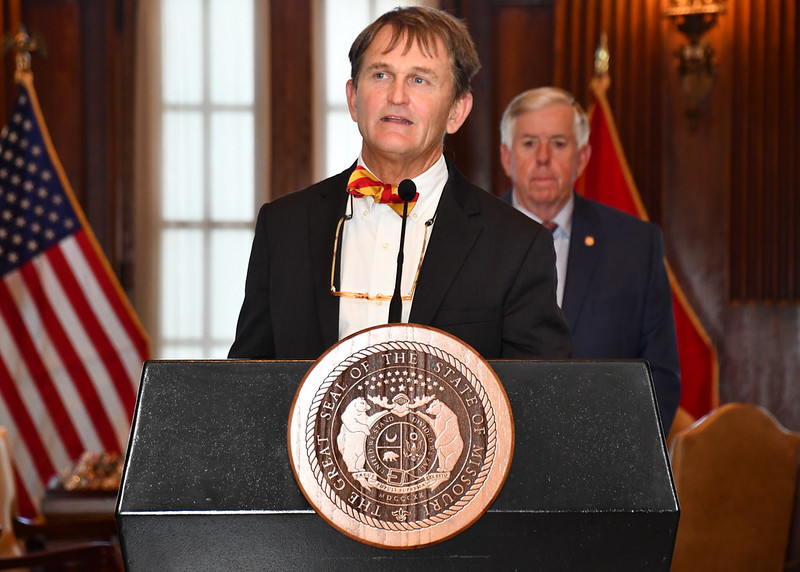 By the end of this year, Missouri will have enough doses of a COVID vaccine to give the initial shot to most of the state’s roughly 350,000 long-term care facility residents and staff and healthcare providers, state health department director Randall Williams said Friday.

In a call with reporters, Williams said he anticipates mass vaccinations, such as drive-through clinics or events in gymnasiums, will occur starting in May, with “anybody in Missouri who wants a vaccine” able to receive one by July or August.

By the end of December, at least 339,775 doses will be delivered to Missouri, Williams said. The state expects to receive the first shipments over the next three weeks, with the initial shipment of 51,000 doses from Pfizer expected by Dec. 12 or 15.

About 224,675 doses will come from Pfizer, while about 151,000 will come from Moderna, said Lisa Cox, a spokeswoman for the Department of Health and Senior Services.

The doses being sent in December will be the initial dose needed of two. The remaining second dose will be sent by the federal government closer to the date it needs to be administered — either three weeks for Pfizer or four for Moderna’s, Williams said.

“That’s all initial vaccine,” Williams said. “That’s 339,000 patients, understanding Operation Warp Speed is keeping back — to send us either three weeks or four weeks — another 339,000 that they have already made.”

Williams will be visiting the White House Tuesday to meet with President Donald Trump, Vice President Mike Pence, and General Gustave Perna, the chief operating officer for Operation Warp Speed, the federal government’s initiative to produce and distribute 300 million doses of a vaccine by January.

Healthcare workers within the first phase of the state’s vaccination plan includes not just doctors or nurses, but housekeeping staff and clergy that go into hospitals as well, Williams said. If an initial shipment is not enough to cover all staff, hospitals will be tasked with determining who is prioritized to get it first. Williams said he has not yet heard of hospitals who will mandate their employees receive a COVID vaccine.

“The vaccine is sent directly to them, and they’re accountable for it directly,” Williams said.

Moderna’s vaccine, which does not have to be kept at as low of a temperature as Pfizer’s, will be pushed toward rural hospitals, Williams said. Once a particular vaccine is distributed to an entity — it must stick with that kind.

The state has identified 25 sites that will be the first to initially distribute Pfizer’s vaccine, which requires freezers that are constantly monitoring the temperature to ensure it remains at minus 94 degrees.

Williams said the federal government is requesting sites use their allotments to vaccinate residents within 10 days.

“You can keep it for six months, but they don’t want that,” Williams said. “They want it to be vaccinated.”

The locations of the initial sites are not being made public at this time in order to ensure their security and protect them from security threats, like hacks. The sites will be announced at a later date once vaccinations begin, Williams said.

Williams said he plans to issue an order that will allow most healthcare workers, like registered nurses or pharmacists, who typically deliver the flu vaccine to also administer a COVID vaccine.

Initially, the vaccine will not be available for children and pregnant women, as both groups were not included in clinical trials. COVID vaccines are currently undergoing additional studies to better understand its effects on such groups.