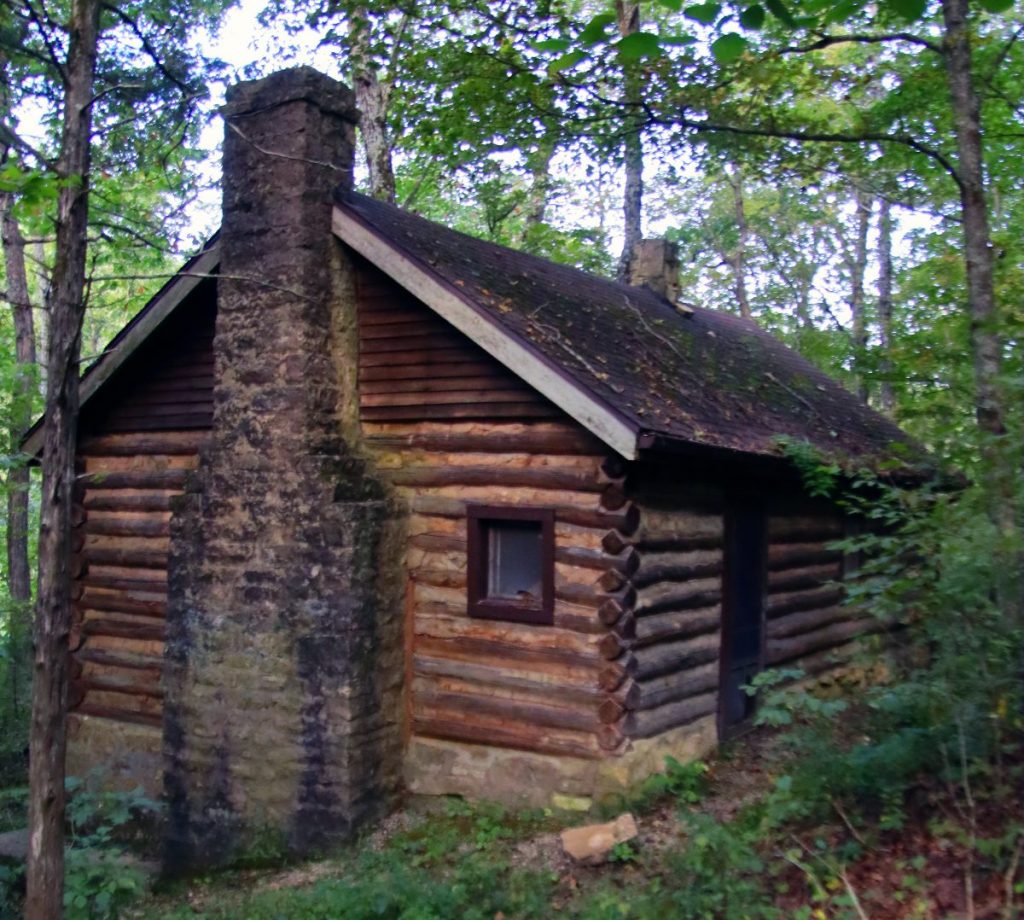 Doug Berger/Herald The cabin built for A. Starker Leopold to use while he developed a wildlife management plan for the Caney Mtn. Conservation Area.

The Missouri Department of Conservation (MDC) on Monday reported hunters had harvested 167,526 deer during the November portion of the firearms deer season. Of this figure 92,208 were antlered bucks. There were 15,041 button bucks harvested, and 60,277 does. At that point, Douglas County had reported a county total of 2,071. There were 1,181 antlered bucks; 172 button bucks; and 718 does. Ozark County reported 1,562 total deer taken. Howell County was leading the state in deer kill with a total of 3,239.

South central Missouri played an important part in bringing the whitetail deer back to a level that has allowed for the statewide hunting. One of the areas which played a part in this reestablishment of the whitetail in huntable numbers, also served as a study area for a member of one of the most well-known conservation minded families the country has ever known.

Leopold was assigned to the special study of deer and wild turkey, and helped gather facts on which the Conservation Commission management of these species was based; an August, 1944 issue of the Douglas County Herald indicated.

The Caney Mountain Conservation area includes almost 8,000 acres of some of the most rugged terrain in Missouri including glades, savannas, forest openings and old-growth forest. Leopold prepared the first wildlife management plan for the area. During this work Leopold lived in a one room cabin built for him.

The Conservation Department released 30 captured deer in the area in the fall of 1940. These deer were a part of the repopulation efforts for the rest of the state. The state’s deer population in the 1920’s was reported at less than 500.

Dr. A. Starker Leopold was the son of Aldo Leopold. Aldo Leopold, who is possibly best known to the general population as the author of “A Sand County Almanac.” The book, first published in 1949, is a series of essays involving his family farm in Wisconsin, along with episodes in his life which helped form his attitudes toward conservation. Along with his efforts as an author, Leopold was a scientist. He has even been termed the father of wildlife conservation in America. Aldo Leopold, who was born in Burlington, Iowa, received a master’s degree from the Yale forestry school. After his graduation he joined the U.S. Forest Service. He would later become the chair in Game Management at the University of Wisconsin.

Starker Leopold worked in Missouri for five years. In 1944, the Douglas County Herald, reported that Leopold, a graduate of the University of Wisconsin, came to Missouri when the Pittman-Robertson research program was established. The Federal Aid in Wildlife Restoration act of 1937 (Pittman-Robertson Act) went into effect in 1938. It transferred a portion of excise tax from firearms and ammunition to the Department of Interior, which assisted in funding wildlife research efforts. The Herald went on to report that he resigned his position in 1944 to make a wildlife survey of the Republic of Mexico and would work out of the American embassy.

While working in Missouri, he would receive his Ph.D. degree in zoology from the University of California-Berkley. He would later in his career return to the University of California-Berkley as a zoology professor. In 1962, Leopold was chairman to a special advisory board for wildlife management under Secretary of the Interior Stewart Udall. The group was reported to have developed recommendations on wildlife and ecosystem management in the country’s national parks.

All of Starker Leopold siblings had scientific backgrounds. A. Carl Leopold was a plant physiologist; Luna Leopold, geomorphologist and hydrologist; Estella B. Leopold, paleobotanist and conservationist; and Nina Leopold Bradley, conservationist, who with first husband studied wildlife in Missouri and Illinois.

The Caney Mountain area has been the home of the last populations of other wildlife species. The Caney Mountain area was one of the last areas were red wolves were trapped for bounty in Missouri in the 1940s, according to a Douglas County Herald issue. A 1999 news release from the Missouri Department of Conservation reported the discovery of a new species of blind crayfish in one of the area’s caves.

Deer hunting on the Caney Mountain Conservation area includes two managed hunts. There is a managed muzzleloader hunt and a managed archery hunt held each year for successful applicants. Participants are selected by random computer drawing form applicants received before August 15 of each year.