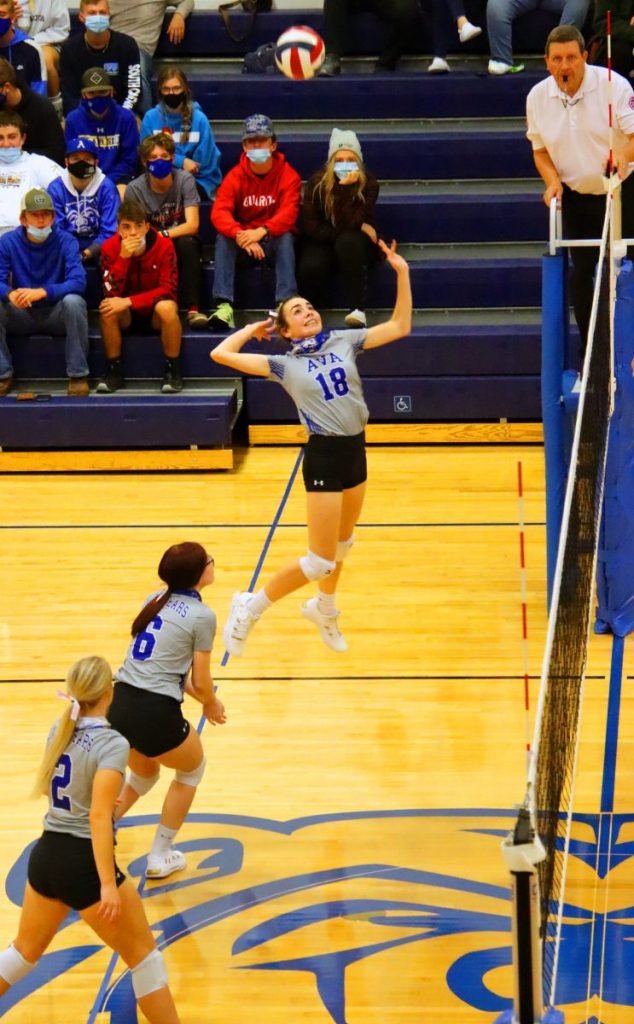 Doug Berger/Herald Mallory Melton goes up for a spike against Cabool in the Lady Bears final regular season game.

The Lady Bears finished their regular season with a 14-13-3 record.

The Lady Bulldogs went out to an early lead in the first set and were soon up 8-1, and put together some five point runs to pull away to a 25-13 set victory.

The second set saw Ava scoring the first two points, but Cabool came back with eight and later followed up with a 10 point run to capture a 25-9 set win.

The final set started out with Ava trailing by just one, 6-5, before Cabool strung together six to stretch their margin. The Lady Bulldogs would score the final seven points to win the set 25-11.

Doug Berger/Herald
Addison Croston digs out the volleyball against Cabool. 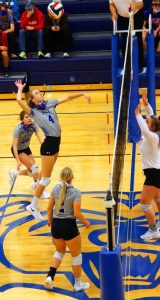