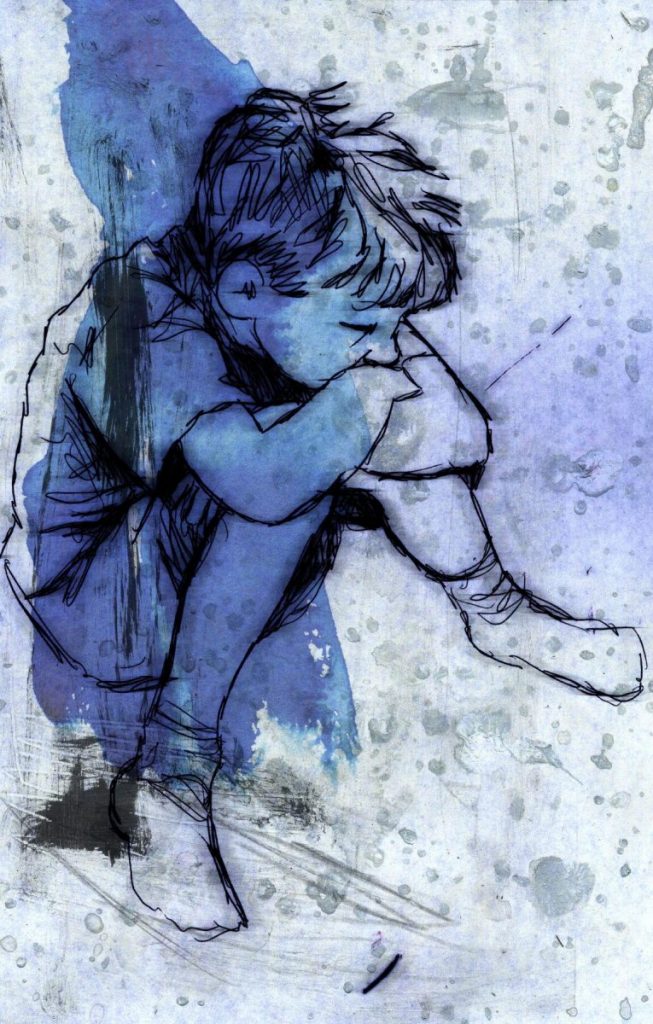 Editor’s note: This article ran last week in The Salem News. It’s not an easy story, but we felt it was an important story.

Ten-year-old Josie Ann Abney was buried at 1 p.m. Tuesday, October 13th in Cedar Grove Cemetery outside Salem, with an 11 a.m. visitation at Wilson Mortuary Chapel. A candlelight vigil was held at 7:30 p.m. that night on the Dent County Courthouse lawn.

Josie Ann leaves behind family, loving friends and a community with a guilty conscience.

A deputy was dispatched to a home on county road 4255 Oct. 3 for a reported unresponsive child. The child, Josie Ann, was treated on the scene and immediately taken to Salem Memorial District Hospital, where an emergency room doctor said Josie Ann was emaciated, her blood sugar was 10 and she was so dehydrated the he was unable to draw blood, according to a sheriff’s department report. Her body was nearly skeletal, and there were bruises on both temples, her chest, arms and hands and a wound on the bridge of her nose. She was described by the deputy as looking “like a Holocaust victim.”

Josie Ann and attached medical equipment, a blanket and the body bag she was in weighed a total of 39.8 pounds, according to the Dent County Coroner’s office. The average weight of a 10-year-old is about 70 pounds.

Josie Ann, a cute little redhead, was declared deceased at 7:41 p.m. that same night at SMDH. Shortly after her death, deputies searched the home on county road 4255 and filed a probable cause report.

The worst part of my job is and always has been reading probable cause statements that law enforcement writes and forwards to the prosecutor’s office so the prosecutor can decide if a crime has been committed and charges should be filed. Last week as I read the probable cause report for Josie Ann Abney’s death, I sobbed uncontrollably, tears streaming down my face as I sat alone in my office. I have teared up while reading a few probable cause reports in the past, but never in my 40 years in the business had I read anything as heartbreaking as this. Nothing as cruel. Nothing as senseless. Nothing that made me so tearfully sad and so foot-stomping mad.

There was a child lock on the refrigerator in the Abney home, the probable cause report begins. All of the food in the kitchen was either locked in the refrigerator or placed too high for a 10-year-old child to reach. In Josie Ann’s room was a single mattress on the floor, one lamp and a clothes basket. The doorknob to her room was turned around so it could be locked from the outside. There was an audible alarm at the top of the door. There were two child safety locks six feet up on the closet door in her room.

Josie Ann’s parents were charged with one felony count of abuse or neglect of a child resulting in death. In other words, murder. The news was first reported at thesalemnewsonline.com Oct. 6, three days after her death, and reaction on social media was swift and to the point.

Randall L. Abney, 51, and Susan A. Abney, 44, remain in the Dent County Jail with bond set at $500,000 each. Susan Abney told law enforcement that she and her husband had been foster parents to “12 or 13 children,” and that Josie Ann was the first. The Abneys adopted her in 2013.

Near the end of Susan Abney’s interview with law enforcement she was asked who was responsible for Josie Ann’s death.

“Me and Randy,” was her answer.

Filing charges, giving the Abneys their time in a courtroom and locking them up is the easy part. They will likely stay locked up for a long, long time. But that’s just part of the story.

Why and how did this happen? What can we as a community and a society do to see that it doesn’t happen again?

People knew Josie Ann Abney. She went to public schools before the Abneys removed her and said they were home schooling her. She had neighbors. She went to her friends’ homes and people cared about her and loved her. You can read on social media all about her and her relationships, and there is a tribute page at wilsonmortuary.com.

So, how does a 10-year-old disappear and go through the torture this child had to endure?

The Abneys lived about three miles from our house . . . go down our county road, east on Highway 32 and left on to county road 4255 and you will be there. The day Josie Ann died my wife and I went to our seven-year-old granddaughter’s flag football game and our 11-year-old grandson’s fifth grade football game in Willow Springs. That night we were in Rolla doing some shopping and eating Chinese food, finally getting home about 6:30, close to the same time a deputy knocked on the door at the Abney house just three miles away. Life was normal. Life was good. For us.

That wasn’t the case for Josie Ann, and we need to do something about it.

There should be more than a criminal investigation. We need to know who knew what, who they told and why this one – excuse the cliché – fell through the cracks. As a newspaper we are not allowed to get school, doctor or family-services records, so this investigation is going to have to be done by someone else. But we will do our damnedest to make sure that investigation gets done.

Let that number sink in. Multiply it by 50 states in our country. Let that number sink in, too. We hear a lot lately about systemic problems in America. Maybe we need to say the name of Josie Ann Abney and spray paint it on a few buildings, put it on some t-shirts, hold a peaceful demonstration, give her a hashtag or let a few celebrities voice their outrage. I do not mean to minimize other problems we have in America, but 1,770 children died from abuse and neglect in 2018, according to the National Child Abuse and Neglect Data System. That’s almost five children every day.

How did we let Josie Ann disappear without a trace? How did we let her down? Were the Abneys ever hotlined? What was done about it? There are many more questions and virtually no answers, yet, and we as a community need to demand answers. In a sense, we all need to have a guilty conscious.

We don’t need to blame anyone but Randall and Susan Abney for Josie Ann’s death, but we need to see how it got this far. We need to ask tough questions that will certainly make many people feel uncomfortable, but maybe save a young life down the road.

Meanwhile, sometime Tuesday afternoon they will begin throwing dirt over the casket of Josie Ann Abney. There is no one around to pay for that grave digging, the casket, the gravesite or a monument to mark her grave, so community members are giving donations to Wilson Mortuary to help cover the burial costs with hopefully money left over for a memorial of some sort. Mortuary owner Chris Hendrix says a lot of caring, good people in our community have already stepped forward to help.

(Note: Wilson Mortuary announced Monday afternoon (Oct. 12), that due to generosity of businesses and individuals, all funeral and monument costs were covered.)

Now, it’s up to us caring, good people to step up and do everything we possibly can to see how this tragedy unfolded and that something like this never happens again.

Reprinted courtesy of The Salem News.