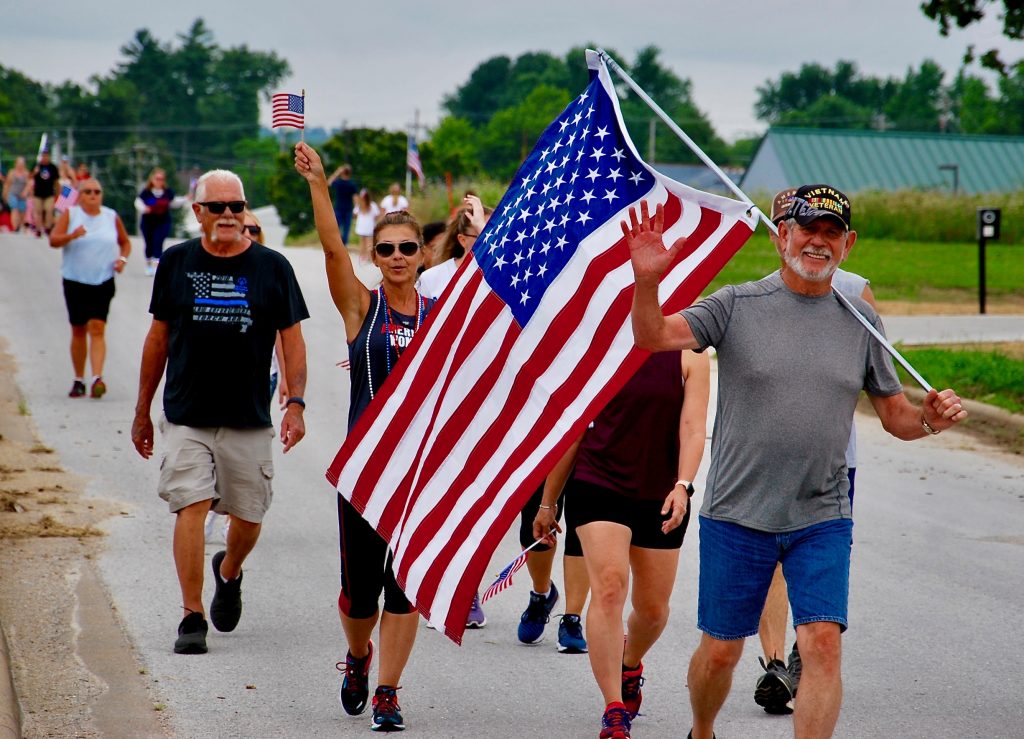 On July 4, approximately 70 people took part in a “Hero Flag Run” organized by Ava runner Mike Schiff. The course of approximately 3 miles started at the Set Free Ministries building on North Jefferson, made its way past the Ava Fire Station on North Jefferson, the Ava Police Station on Springfield Road, the Cox/Ava Ambulance station, and the Douglas County Sheriff’s Office on Prince Street. Participants turned around at the Sheriff’s Office and returned on the same route. The Sheriff’s Dept. and Ava Ambulance provided water and snacks at the turn-around at the junction of Prince St. and Industrial Rd. The run/walk honored veterans and military personnel, as well as law enforcement, fire and medical first responders.