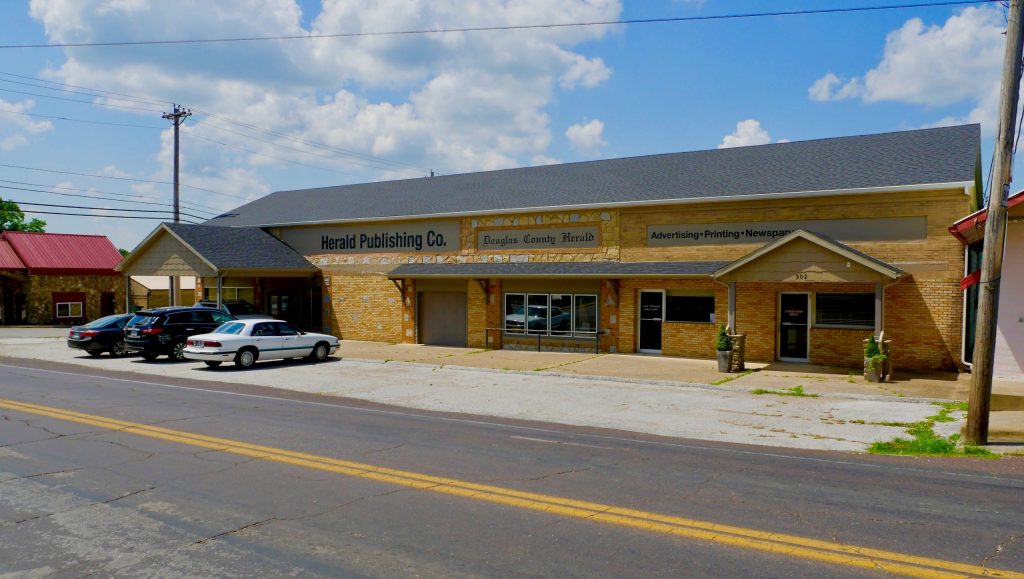 Content and focus of the newspaper to remain the same

Last week Tuesday, the papers were signed and the deal was done.

Better Newspapers, Inc., based in Mascoutah, Illinois purchased the Douglas County Herald from owner Sue Jones Curry and other shareholders.

The Herald is now the 25th paper owned and operated by Better Newspapers.

Better Newspapers is a family-owned company that operates in Illinois and Missouri. Other papers owned by the company include the Ozark Horse Trader, the Mascoutah Herald, the Fairview Heights Tribune, the Troy Time-Tribune, the Clinton County News, the Scott Air Force Base Flier, the Highland Shopper’s Review, the Nashville News and several other newspapers, mostly weeklies or shoppers in central and Southern Illinois and in southern Missouri.

Better Newspapers owner Greg Hoskins now will be the publisher of the Douglas County Herald.

The Douglas County Herald began publication in 1887. In 1910, I.T. Curry became the editor, and it’s been under direction of the Curry family ever since.

Ava residents will remember Senator J.E. (Elmer) Curry, who was publisher of the Herald for 54 years. His son, Attorney James E. Curry took over from his father in 1969.  Sue Curry Jones, who began working at the paper in 2001,  became publisher upon the death of her father Jim in 2013.

Over the 110 years of Curry family ownership, the paper has had many notable employees including Bob Bowles, Tony Jenkins, and Keith Moore.

“Exit plans for third-generation business owners are always a challenge.” said Sue Curry Jones. “For newspaper owners it’s even harder. The sale to Better Newspapers provides that exit plan for me, while allowing the Herald to continue to serve the residents of Ava and Douglas County.”

Herald Editor Michael Boyink will step into the role of General Manager.

“Yes, we are making changes,” Boyink said, “but most of them are in our back-end business processes and will be invisible to our readers. The content and focus of the Herald will remain the same. We look forward to continuing to hear from  our current columnists, correspondents, and advertisers.”

As for new owner Greg Hoskins, he’s always been a newspaper man.

He attended the University of Iowa where he earned a Bachelor’s Degree in Fine Arts.  His first newspaper job was in the sale department of the Times Press in Streator, IL.  Hoskins discovered his love and respect for newspapers at the local company.

After leaving the Times Press, he began working for American Publishing Company in West Frankfort, IL.  The experience took him to Arizona to work for Kramer Publications which produced a daily newspaper and approximately 17 weekly newspaper and shopper publications.

Hoskins bought his first group of newspapers in Mascoutah, IL.  He and Cleon Birkemeyer formed Better Newspapers, Inc. on May 1, 1991.

It is an organization founded on family loyalty.  Greg Hoskins is president of the corporation. His wife Linda, works in the editorial department.  His son, Scott Hoskins is the Regional Business Manager, and his other son, Mark, is the Regional Manager for the press plant and newspapers in Altamont, IL.