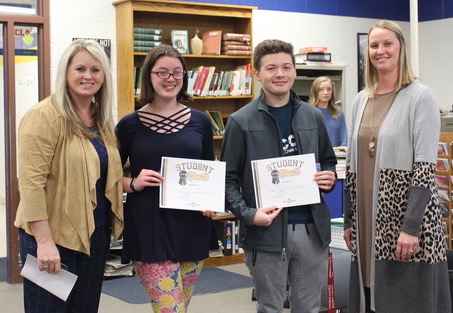 As a volunteer in the community, Karcee has collected donations for PB’s Calling, a program that serves children with disabilities in Nicaragua. She has prepared gift boxes for Operation Christmas Child, and also volunteered at the Springfield Food Harvest and Shop-With-A-Cop.

After high school, Karcee plans on attending Missouri State University where she plans to major in accounting and minor in music. She would like to pursue a career in accounting in the Springfield area.

Serving in the community, James volunteers as a teacher, instructing young students how to play the bass.

After high school graduation, James plans on going to college to pursue a major in Jazz performance.