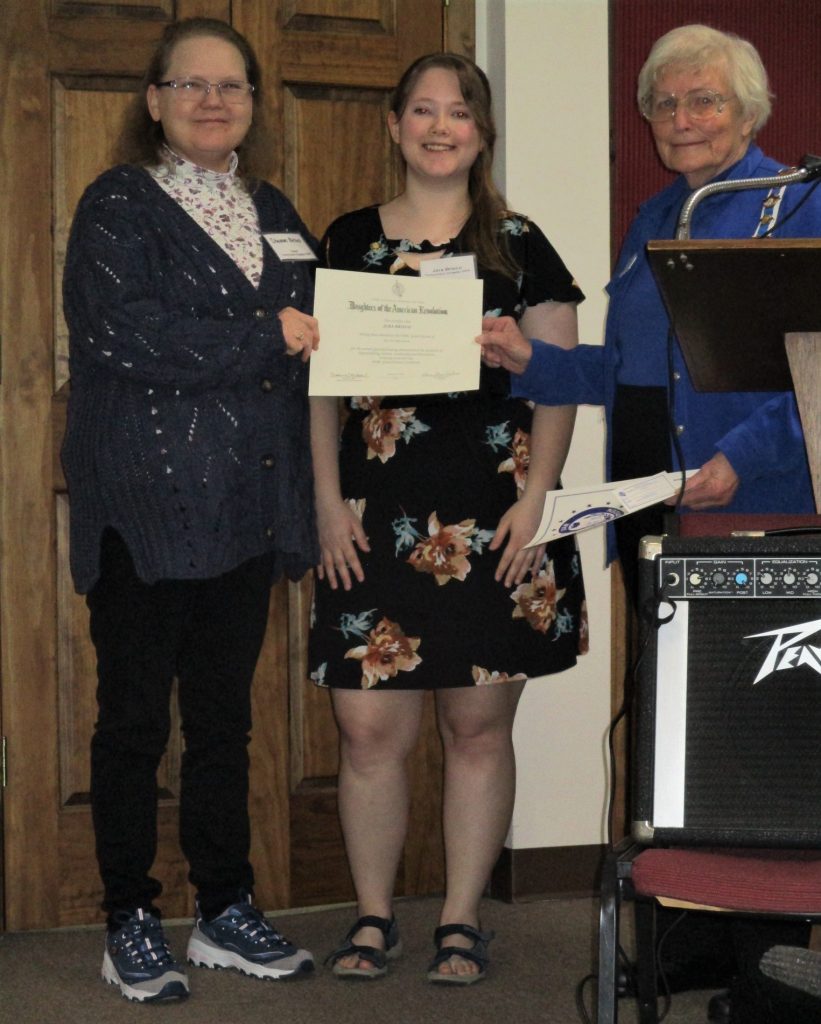 From left, Shannon Brisco with her daughter, Jera, who is shown receiving the DAR Good Citizen’s Award from Penelope Willard, right. (photos submitted)

On Saturday, Feb. 15,  Taneycomo Chapter of the National Society of the Daughters of the American Revolution held its annual George Washington Tea. This year the tea was held at Community Presbyterian Church in Forsyth, and celebrated President George Washington’s 288th birthday.  Attendees recited the Pledge of Allegiance and Preamble to the Constitution.

During the National Defense Report portion of the meeting, a sample of the Naturalization Test given to immigrants applying for U.S. citizenship was administered. The test gave everyone an appreciation for the determination of immigrants who choose to become citizens of the United States of America. 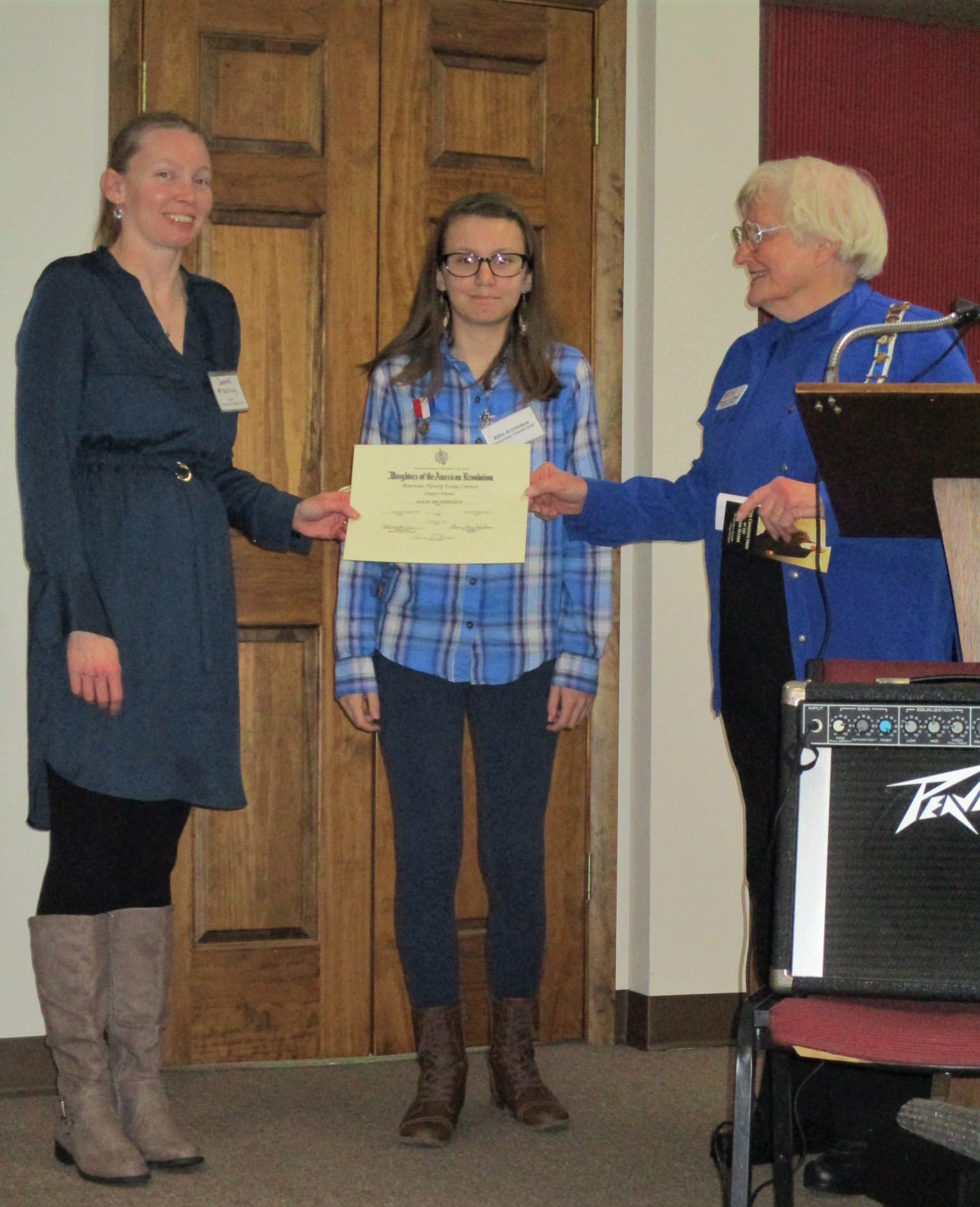 The yearly tea is also when the society announces area winners of the American History Essay Contest and the Good Citizen Award. The American History Essay Contest is for grades five, six, seven and eight in public, private, parochial and home-schooled students. The essay topic this year was “Voyage of the Mayflower”.  The Good Citizen Award is granted to seniors from a public or private secondary level of education, who have been selected by their school.  Students chosen for the award are those who display qualities such as dependability, service, leadership and patriotism are considered for the award.

Penelope Willard, who presented student awards, was also recognized for her 30 year commitment to DAR and serving as Regent, treasurer, committee chair, State chair, and many other positions.