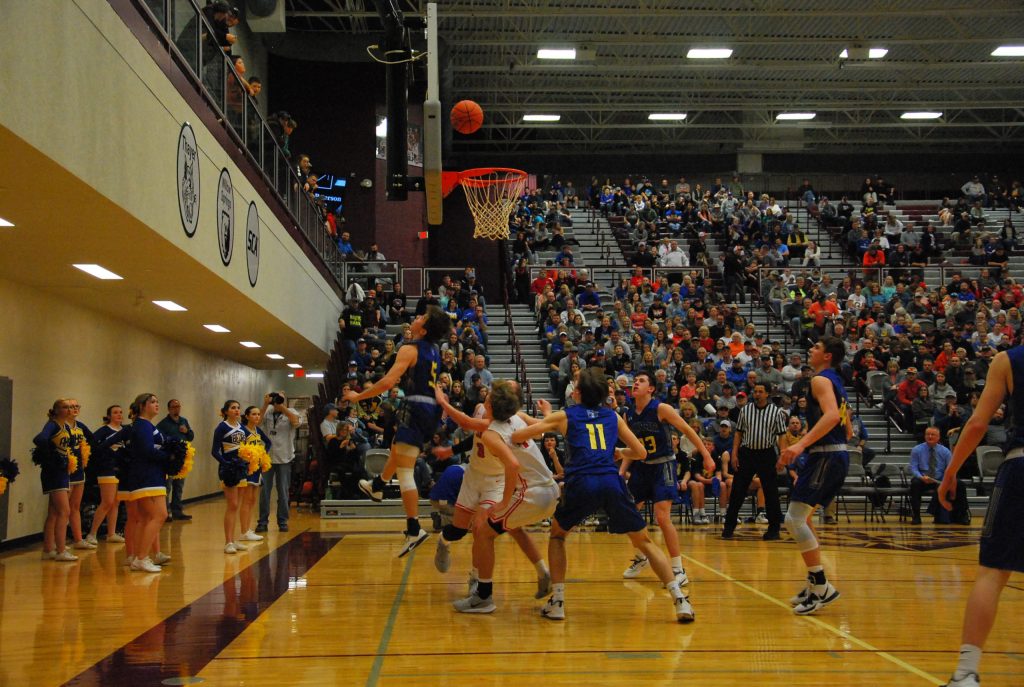 MOUNTAIN GROVE–There is a scene in the movie “Space Jam” where the Toon Squad is all beat up, Tweety in an Iron Lung. Well, that is the cartoonish scene left in the wake of the Ava High School Bears boys basketball team.

The movie is a fun and cheesy sports classic to basketball as “The Sandlot” to baseball.

If one wanted to go from Gainesville to Mansfield, they would take Highway 5 through Ava, the same symbolic road existed in the SCA and now Class 3 District 4 as the Bears force all roads to postseason success come through them.

The Bears plundered through the District with three wins to the title. First was Dixon, who fell to Ava, 97-38, led by Andrew Dalton and Kayden Myers with 14 points apiece.

97 points scored by the Bears, which coincidentally ties the season high versus Houston during the 2010-2011 season. That year, again coincidentally, is the last year the Ava Bears won a District championship.

Let’s not get ahead of ourselves, though.

SCA War Liberty III had to go down first. The two teams have met on three separate occasions this season, tying each other in the W-L columns with an Ava win in Game 17 then a Liberty win on the night Ava took the SCA outright in a, 58-55, barnburner.

Again, the two teams faced off vying for the District title. This time, whether it be preparation in the wake of the last game or the thirst for a record-setting year, the Bears breezed past the Eagles, 71-49, where the Bears hit 23 twos and four three-pointers along with 12 from the stripe.

The team was led past the Eagles by Blake King scoring 22 points and Nate Swofford garnering 16 in that contest.

2-0 into the post season with an overall record of 22-5, the Bears had finally met up with a team they had no history with who also brought with them, 22 wins and last year’s Class 3 District 4 title.

The Lancers were 20-8 last year, but fell to the Jefferson Blue Jays who, in turn, lost in the first round at state.

That is where the Ava Bears stand in their historic boys’ basketball season. 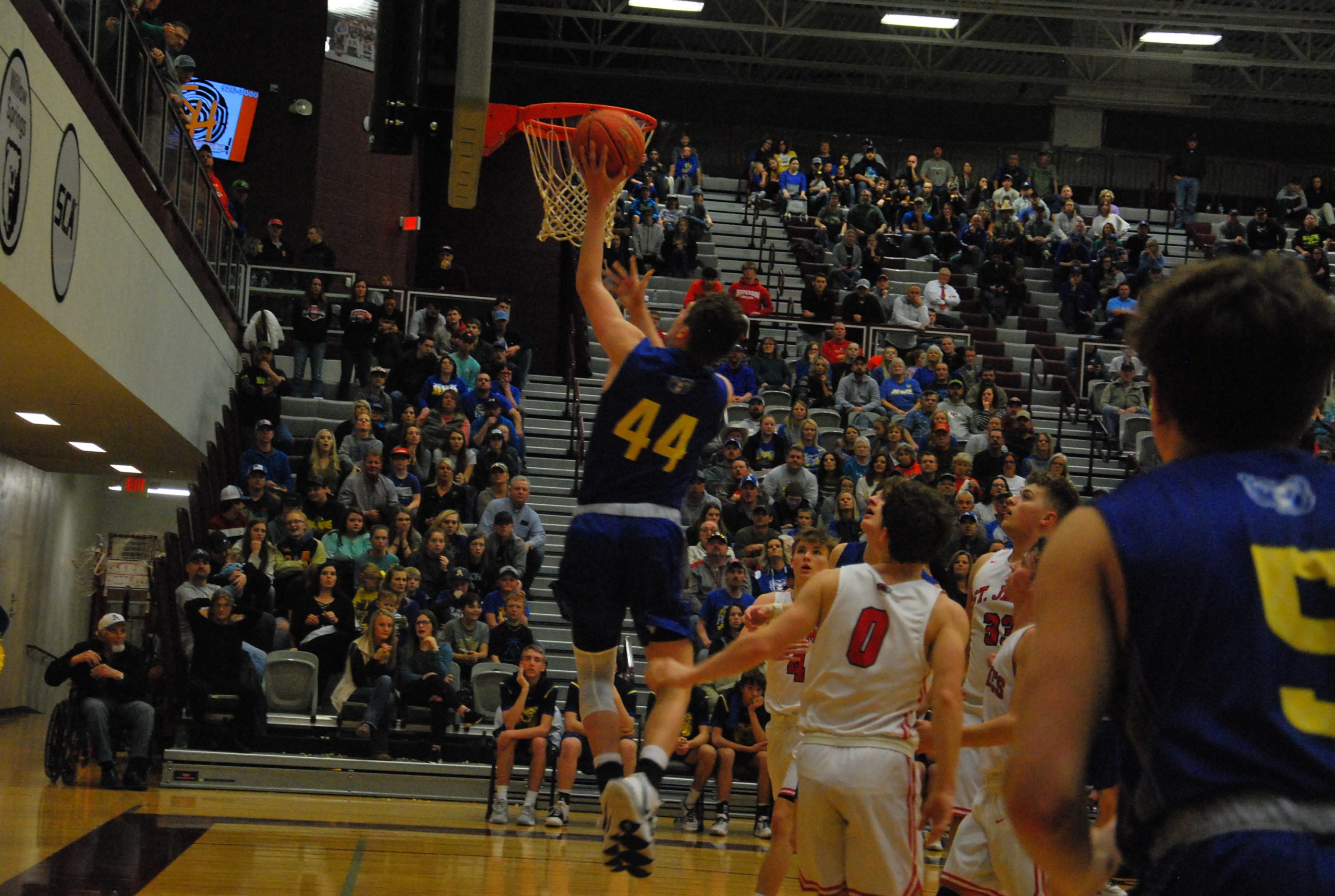 The Ava Bears shot with 73-percent field goal efficiency over Dixon, nailing the offensive rebound at just over 50-percent while keeping the ball into transition getting the defensive rebound 73-percent of the time.

The Bears came back out of the break for another 24 points, while a cooled fourth quarter was used to coast to the final, 97-38, win.

Kayden Myers hit a season-high 14 points in a single game, leading the Bears past the Bulldogs with Andrew Dalton who also scored 14 points and earned the double-double with points and rebounds, one assist shy of the triple.

Blake King and Quinton Donley were active for a combined 26 minutes of floor time scoring 13 and 12 points, respectively. Nate Swofford also hit double-digits with 11 points in the very active game against Dixon.

Things, however, were about to get tougher.

The Liberty Eagles were up next, and it showed in the game stats.

The Eagles and Bears were split 1-1 with two meetings this season. Thought to be an afterthought from Senior Night, the Bears were up against them… again.

Dubbed Liberty III on social media the game started just ten points in the Bears’ name, but a healthy five-point lead going into the second.

Another shy, nine points came up out of the Bears’ offense, just two over Liberty’s seven scored before the break when the score was 19-13. The six-point lead wasn’t enough if the Bears wanted to stay afloat since their Senior Night loss on January 21, with a final of 58-55 after a fourth quarter surge from Liberty thanks to 11 free throw points from Ava fouls.

The Bears were better prepared for the second half team and met them out of the break with a 27-13 third quarter followed by a 24-24 fourth where Liberty’s usual surge wasn’t enough to comeback against the Bears this time around.

Once the dust settled, Ava had topped Liberty making off with the 2019-2020 SCA Title and now a shot at the District Title.

The Eagles, who had Dalton’s number in mind, only allowed him to score ten points. He did however hit his 1,000-point career mark in the second round of the tournament.

Instead, the Bears depended on Blake King who put in 28 minutes and hit the steel for 22 points. Right behind him was Swofford with 16 points, working side-by-side with King for the near half hour. 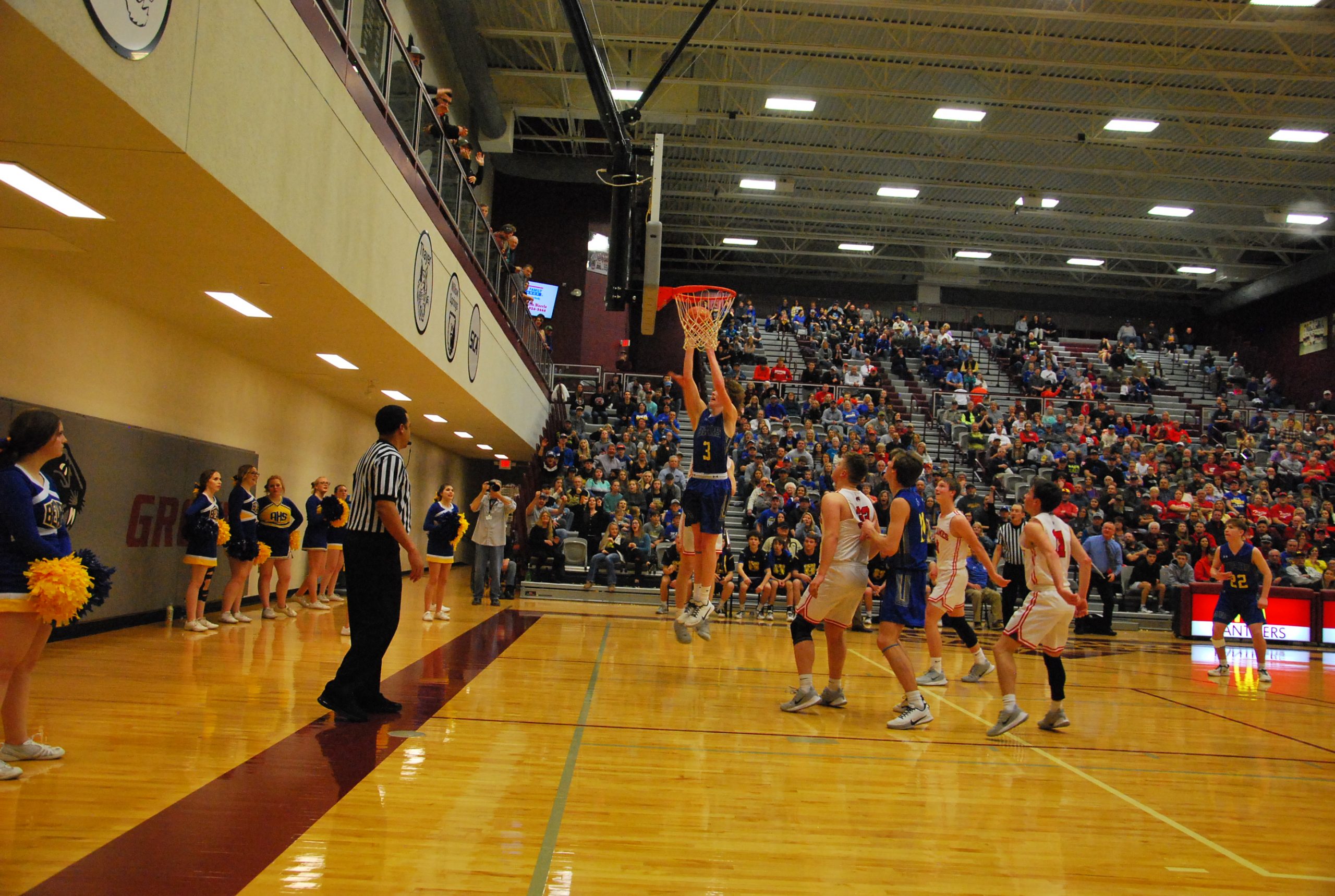 The Bears showed for the first quarter against St. James on Friday, scoring 21-13 in the first eight minutes. A substantial lead for most situations, but this wasn’t a normal situation.

The Bears maintained the lead going into the half, 43-27, but after the break Ava had a small hiccup which allowed the Tigers to clap back at the Bears. Out of the gate the Tigers had their act together and rebounded in the 20-11 third quarter to take the lead from Ava, 47-45.

The comfortable seven-point lead had been snuffed out by trailing nine points in the third.

Initially the Bears started with an 86-percent field goal efficiency which dropped to 65-percent in the second quarter.

For whatever reason, the Bears dropped to 41-percent shooting and nearly tanked in offensive rebounds and points per possession when they topped off in the first at a rate of 1.62.

Was that it? Was Ava done with its historic season?

Not quite. The Bears flipped the energy around in the fourth quarter and came back from a two-point deficit when the Tigers took them to the bucket for 20 points.

“It’s a great feeling,” said Kaden Bruce via social media. “Not many people thought we could make it as far as we have and are going to. It’s been a long time since (Ava) has done (this) in basketball so, it means a lot to be a part of such a special team with the brothers and coaches I’m proud to call my family. It’s beyond a blessing.”

The Bears mustered all they had in the final eight minutes, topping St. James 21-11 in the fourth quarter by pulling 7 points at the stripe and improving their shooting efficiency to 87-percent to pull off an eight-point lead for the 66-58 win.

In an academic year of firsts, Ava High School has brought home district titles in softball, football and now boys basketball while the volleyball program improved to its best season record in recent times.

“This win is something I’ve been dreaming about for years,” said senior Nate Swofford via social media. “We’ve done this in football, but this one just feels different. The team had to put in work to get this. The coaches have made basketball what I had always dreamed of. They made me love basketball again and I know we’re not finished yet.”

Ava High is growing before our very eyes, and we are all witnesses.