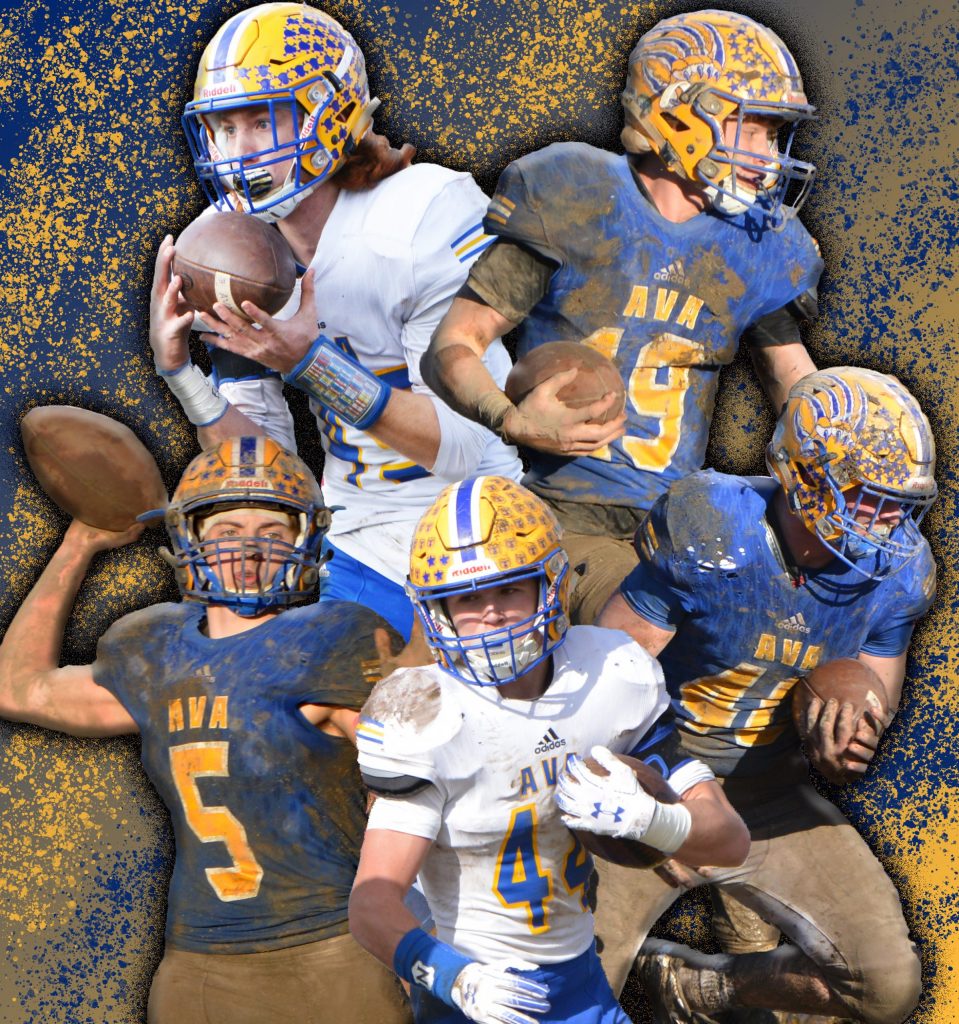 It’s no secret that the Bears dominated the District and the SCA earning their way through the post season against tough rival in Lamar and a new opponent from the snowy end of the state who came to Silvey Field and challenged the Bears in terrible conditions.

Ava came out on top, 24-16, against Lamar and Josh Bray made the game-winning touchdown in overtime against Clark County for the 20-14 win.

This team made their mark in the history books not just in Douglas County or the Ozarks, but in the State of Missouri.

Overall the team marched down the fields and turf for a combined total of 5,549 offensive yards this year while converting for 175 first downs on their way. They averaged 7.96 yards per snap with more than 11 on first downs.

On First Team All-State Kayden Myers was honored with the linebacker position. Myers was a dangerous player to contend with on, behind, or even ahead of the line of scrimmage.

On offense though, he helped push through defenses (literally) for 1,718 yards over 276 carries. On an average of just shy of two yards per carry, he was a go-to player for converting to first down and for splitting weaker defenses with a season-high 65-yard carry and turned into a plow for teammates when defenses tried to shut him down.

Nate Swofford went from a rushing quarterback into an accurate passer as the season progressed. Interestingly enough, he was also a receiver on a trick play where Myers faked the punt for a passing first down conversion.

Swofford totaled approximately 2,800 combined offensive yards this season and his passes to Josh Bray set the Bears up for a date with destiny and a trip to the University of Missouri to compete in the state championships.

He was named the 2019 Offensive Player of the Year by the MFCA in addition to the honor of being this season’s Class 2, 2nd Team Quarterback.

In addition to setting new records and possibly new statistics to track in the school’s history, the Ava Bears earned numerous accolades from the Southwest Missouri Football Coaches Association.

Last but certainly not least is coach Dan Swofford, this year’s Class 2 MFCA and SWMFCA Coach of the Year. Deservedly so after setting a new school season record of 14-1, topping the record he set in 2017 and leading the young men to the school’s first state championship game.

A ceremony to honor this year’s football team is scheduled for Sunday, December 22, 2019 at the Ava Performing Arts Center at 2 P.M.