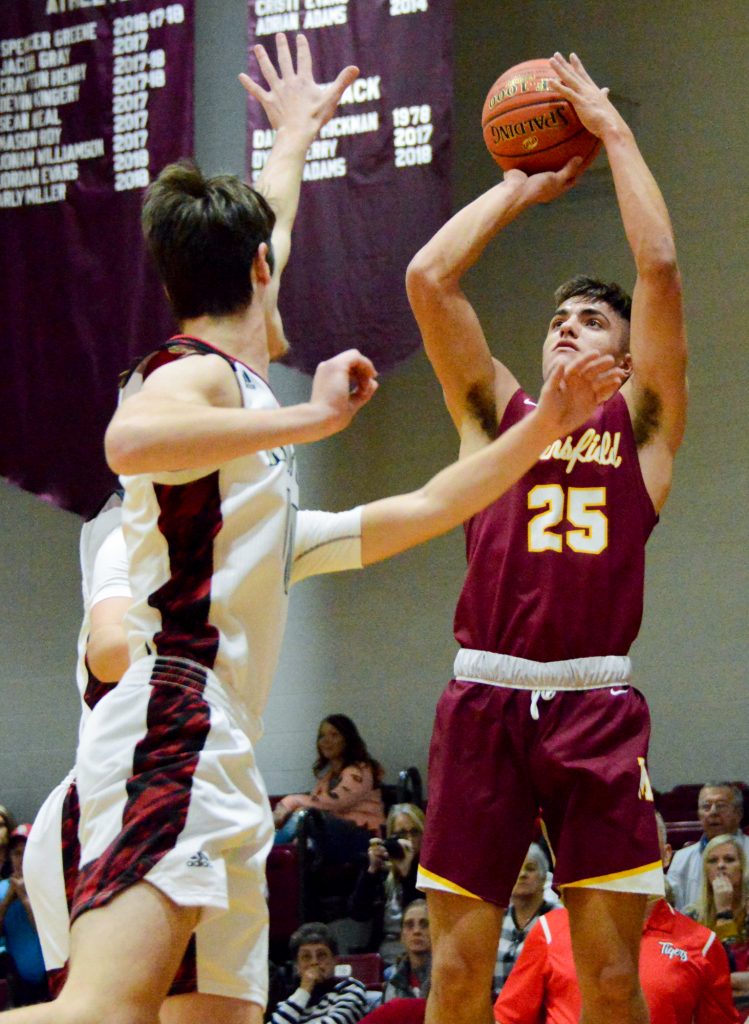 Mansfield High School senior Hesston Gray (23) takes a shot from outside during a game against Houston at the 83rd Annual Mansfield Invitational Tournament on Tuesday, December 10, 2019, in Mansfield, Missouri. (Jason Hoekema/Herald)

MANSFIELD – The annual invitational is a unique opportunity to shine light on several teams at one location. It can also provide coaches scouting opportunities.

Monday featured two games – two games are played each day except Friday and on Saturday when play will begin at 4:30 P.M. – Gainesville moved left on the bracket with a loss to Willow Springs on Monday.

This puts Gainesville on the path for the consolation game, but they will have to get past Mansfield on Thursday to get there. Norwood has suffered two losses at the tournament – Which is now in its 83rd year – one to Ava on Monday evening where the Bears sunk the Pirates, 64-34.

Norwood’s second loss came at the hands of Conway in a close, 63-59, win for the Bears. At first the game was knotted at the end of the first quarter at 17, but Norwood slipped by eight in a 20-12 second quarter to bring the score to 37-29 at the half.

Both teams appeared to come out with new ideas for each other and the third quarter moved at a snail’s pace ending 9-6 in Conway’s favor. With the 11 points lost through three quarters Conway had the Pirates on the plank until Norwood exploded in the fourth with 24 points with two runs of eight to come within striking distance of the Bears.

Unfortunately for the Pirates, the clock and numerous fouls led to the final and moved Norwood to the consolation bracket. They will play against the losing team between Mansfield and Gainesville on Thursday.

Conway has depth, and it showed. Between sharpshooter Kaden Witt (22 PTs, .600 FT%) and Colby Vavruska (19 PTs, .636 FT%) the Conway Bears were too far ahead for Norwood to catch up in spite of their big fourth quarter.

Norwood coaches attempted to play fouls to save clock and attempt to disrupt the Bear offense. Even with Garrett Davault shooting for 21 points and perfect at the charity stripe in addition to Max McGowen with 14 and another perfect FT performance, the Pirates could not erase the early deficit.

The Mansfield Lions made their first appearance in the tournament with game against the Houston Tigers, who came from behind 10-9 at the end of the first for 17 points before the break to lead the game 26-12 at the break.

Clayton Moore was devastating for the Lions’ defense with 18 points in the first half. He shot four at the line and took every point. Two were from a technical charged to the Mansfield bench for a score inaccuracy on a shot by Moore which should have been counted for three.

Houston’s offense took to finding gaps in the lane and getting the ball to the low post for easy buckets and a run of 17. The Lions had no answer on offense with Heston Gray scoring just two and missing everything at the stripe in the second.

Mansfield did take the third, 13-8, with Tom Emerick shooting for six before the Tigers shut him down and held him to just two in the fourth.

Mansfield did win the highlight reel with major shot blocks and denials in their court, but Houston took them to the bank with shooting fouls called in favor of the Tigers.

Race to the Winner’s Circle

Willow Springs and Houston will play Thursday at 8 P.M. to determine who will play the winner of the pool play section where Ava, Conway and Norwood have been duking it out.

In the pool, should Ava top Conway on Thursday at 6:30 P.M. they will play the winner of the Willow Springs-Houston game on Saturday. There is no possible tie between the two. One team will be 2-0 and the other 1-1.

Whichever team takes the loss on Thursday will move into the third-place bracket and will play whomever takes the loss between Willow Springs and Houston.

According to the pamphlet given to spectators at the entrance, the Mansfield Invitational started in 1937 and was won by the Ava Bears. Ava has a total of six titles, the last won in 2012. Gainesville won their first title in 1969 and have collected six titles with the last win in 2014.

Conway won their first title in 1946 with a total of five with their last win in 1994. Houston, Willow Springs, and Norwood have not won a title as of yet…

Two of those teams are gunning for each other on the winner’s side of the bracket. It will take either Conway or Ava to keep them at zero titles in Mansfield’s books.

Mansfield did fall out of the winning bracket with their 49-38 loss to Houston but in their history they have kept the title at home 23 times since their first win in 1963 through their last win this past season.

Gameplay resumes Thursday with Gainesville vs. Mansfield at 5 P.M. followed by Ava vs. Conway at 6:30 P.M. then Willow Springs vs. Houston at 8 P.M.

In the placing games on Saturday the first match will be the consolation game held at 4:30 P.M. Then the third-place game at 6 P.M. and the championship game at 7:30 P.M. 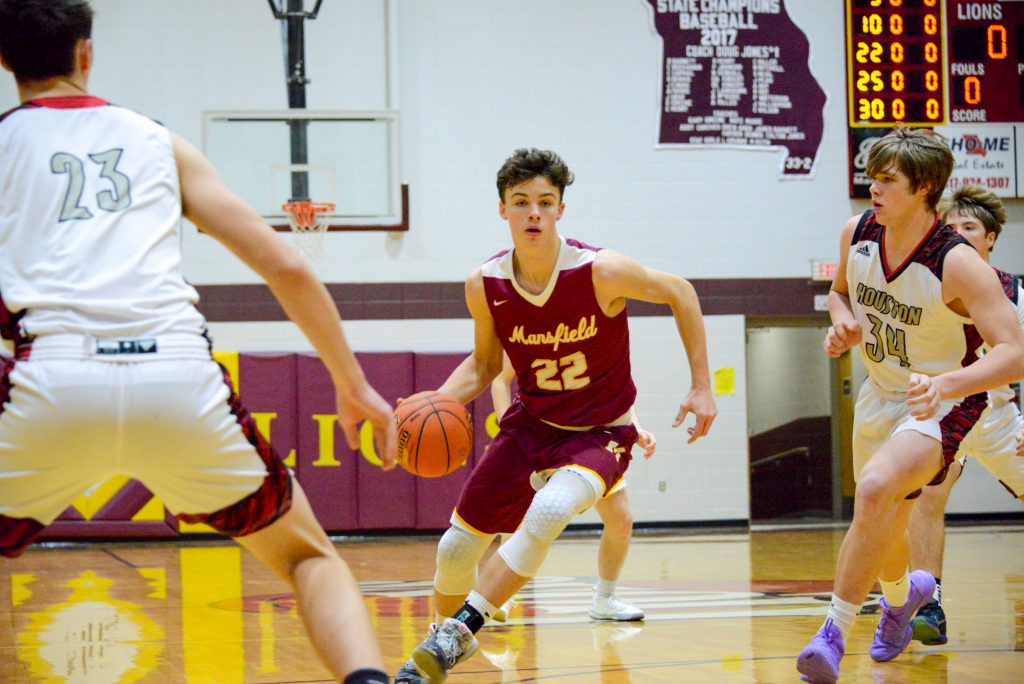