The Ava Veterans Memorial, located on the walkway between upper and lower portions of the Ava City Park, was formally dedicated on Veterans Day, November 11th, 2019. Photo by Michael Boyink/Herald

It wasn’t exactly what you would call a “nice day.”

The winds blew. The rains came. And the temps dropped. 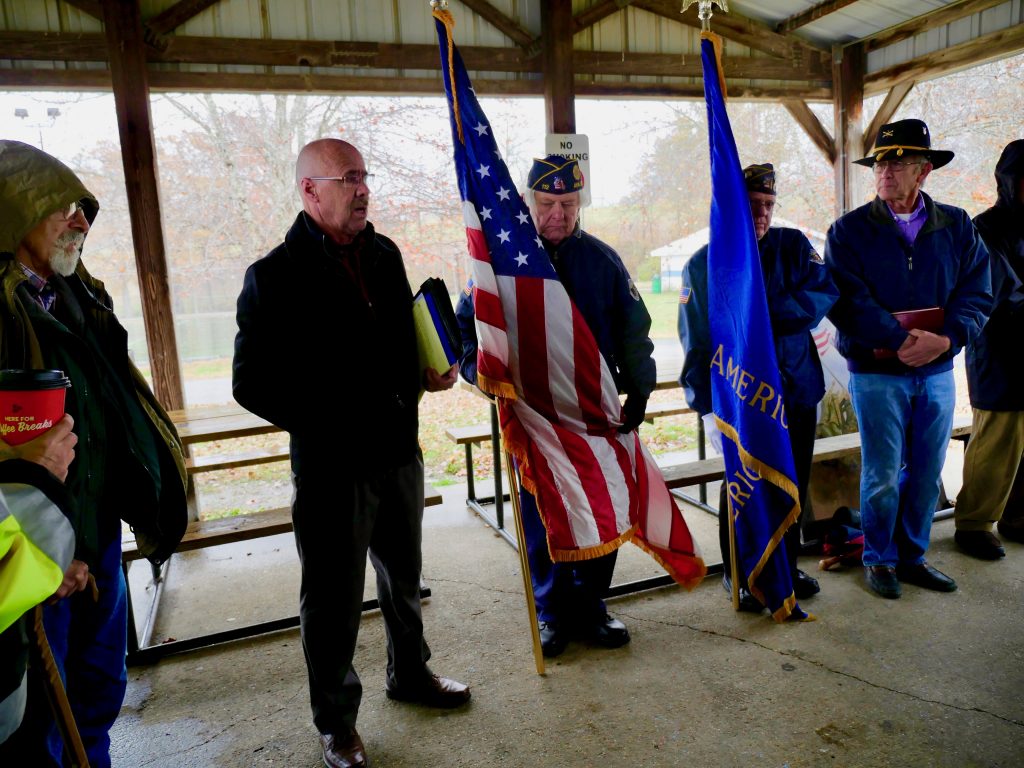 Mayor Loftin and local veterans during the dedication of Ava’s Veterans Memorial on November 11tth, 2019.
Photo by Michael Boyink/Herald

And yet, approximately 70 people bundled up and headed into the cold for the dedication of the Ava Veterans Memorial.

In search of some relief from the weather, the group assembled under a shelter at the nearby Ava City Pool.

Local veterans presented the color. The crowd recited the Pledge of Allegiance to the billowing US flag. There was a prayer. 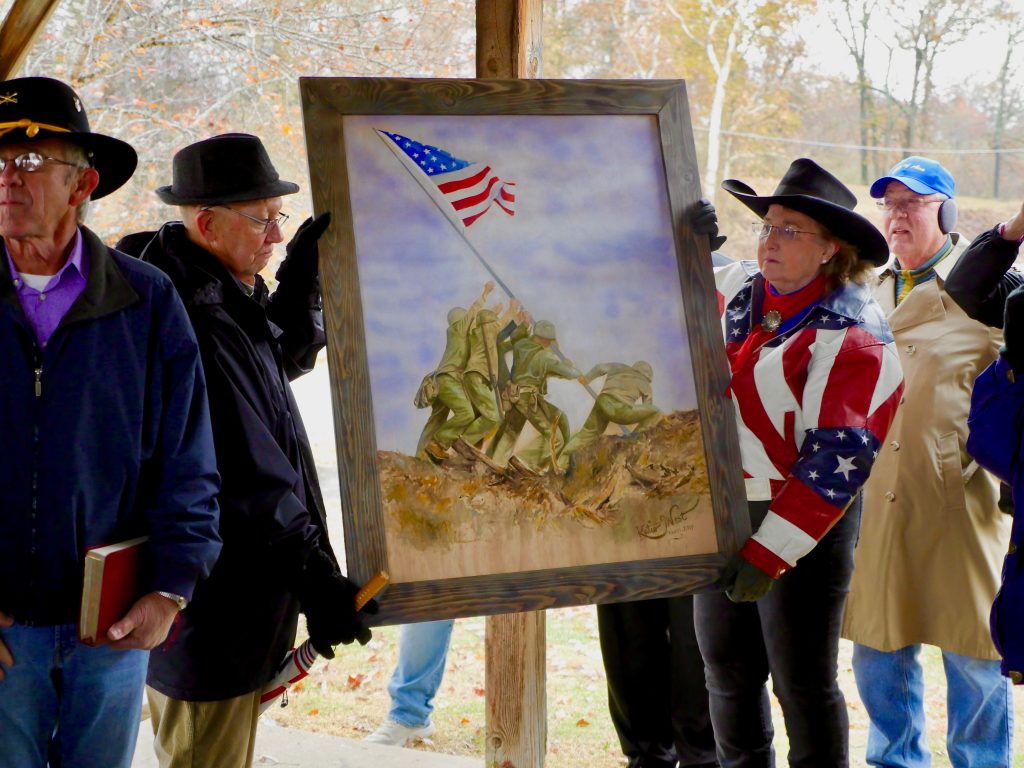 Ava Mayor Burrely Loftin made opening remarks for the memorial, and then turned the floor over to Bill Henry.

“The memorial is for the Veterans who left home to serve their country,” Henry said. “But it’s also for the families who had to stay behind.” _

Henry went on to compare those families to the biblical story in 1 Samuel, where some of David’s soldiers stayed behind from entering battle with the Amalekites.

In that story, the soldiers who fought didn’t want to share the spoils with those who stayed behind, but David overruled them and divided the shares equally. 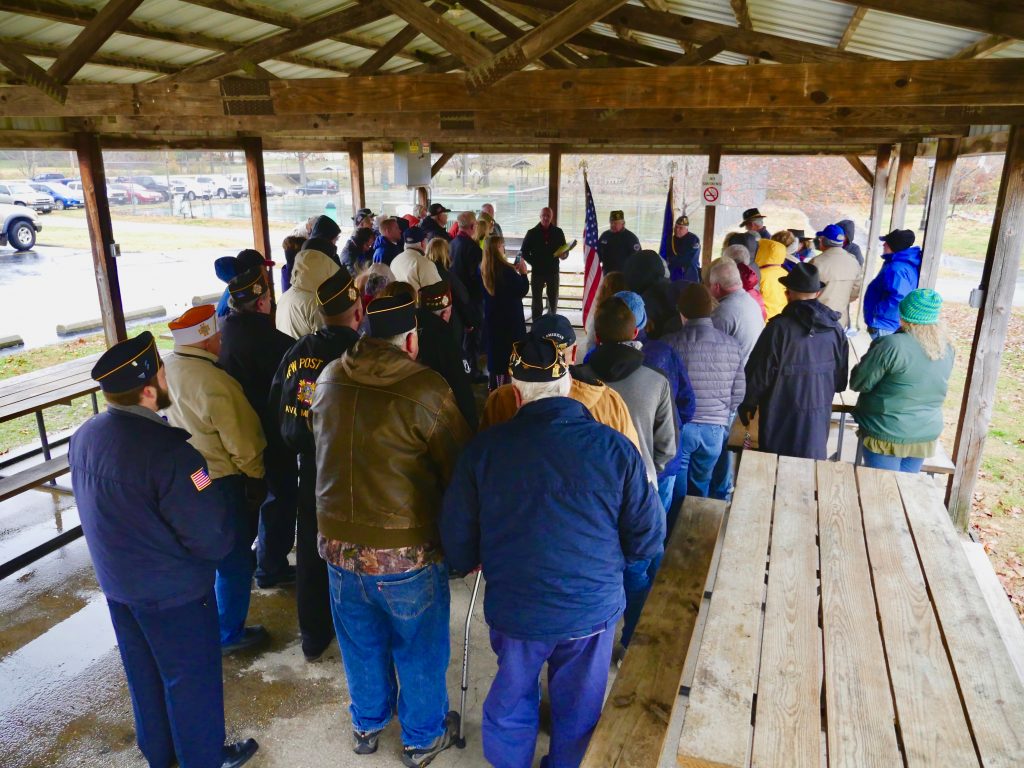 Inclement weather forced the ceremony under a shelter by the Ava City Pool. Photo by Michael Boyink/Herald

Loftin also called attention to the fact that the memorial is still a work in progress.

“We’re still taking orders for new bricks,” he said. “we just put another 70 down and will make room for more as orders come in.”