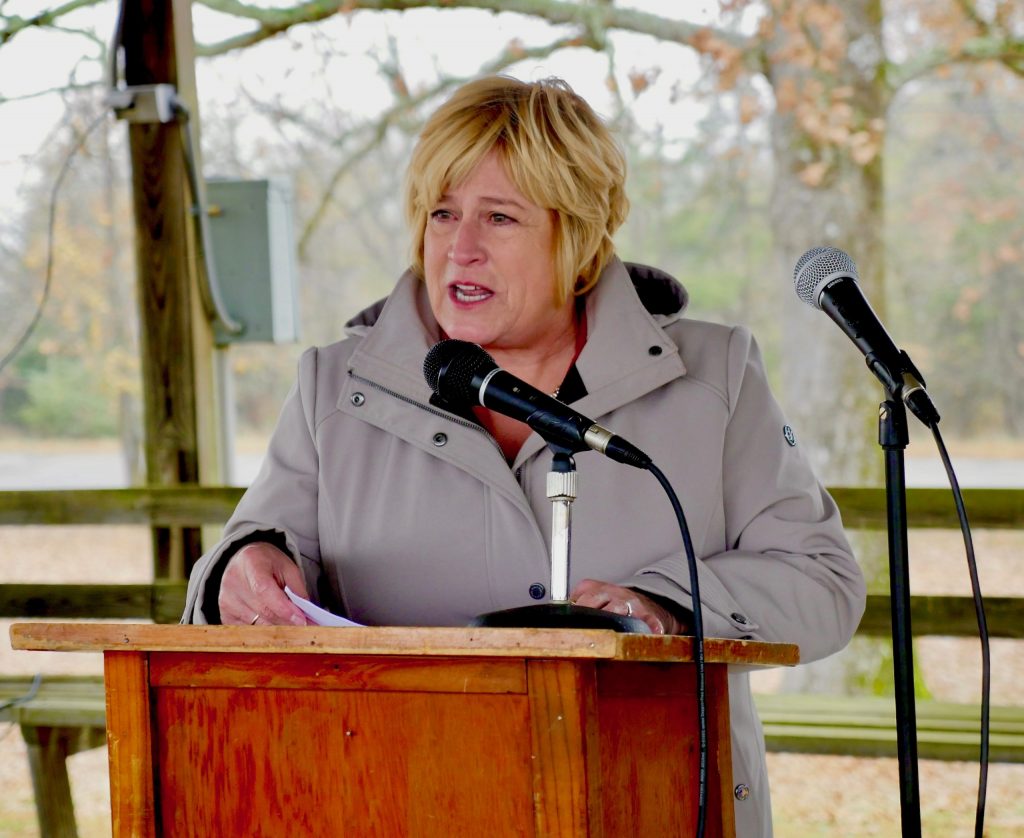 When the first World War ended.

And now, when we remember. And honor.

Or whatever that was. 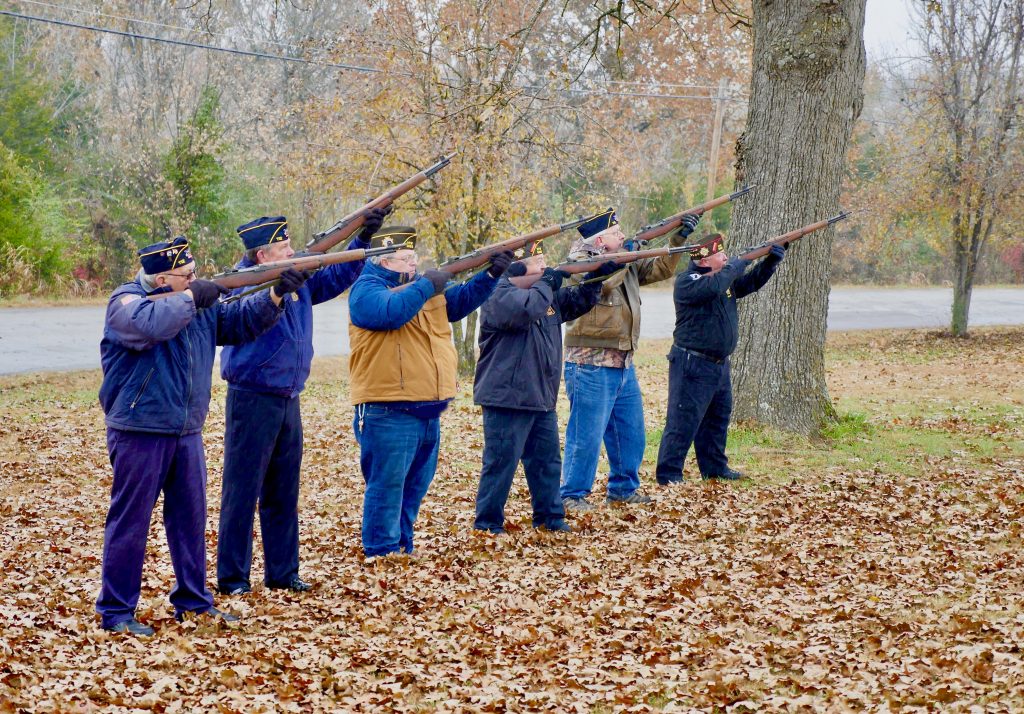 Then Letsinger turned the microphone over to Missouri District 155 Representative Karla Eslinger.

Eslinger said: “Today I ask you to think about these four words: Freedom is never free. 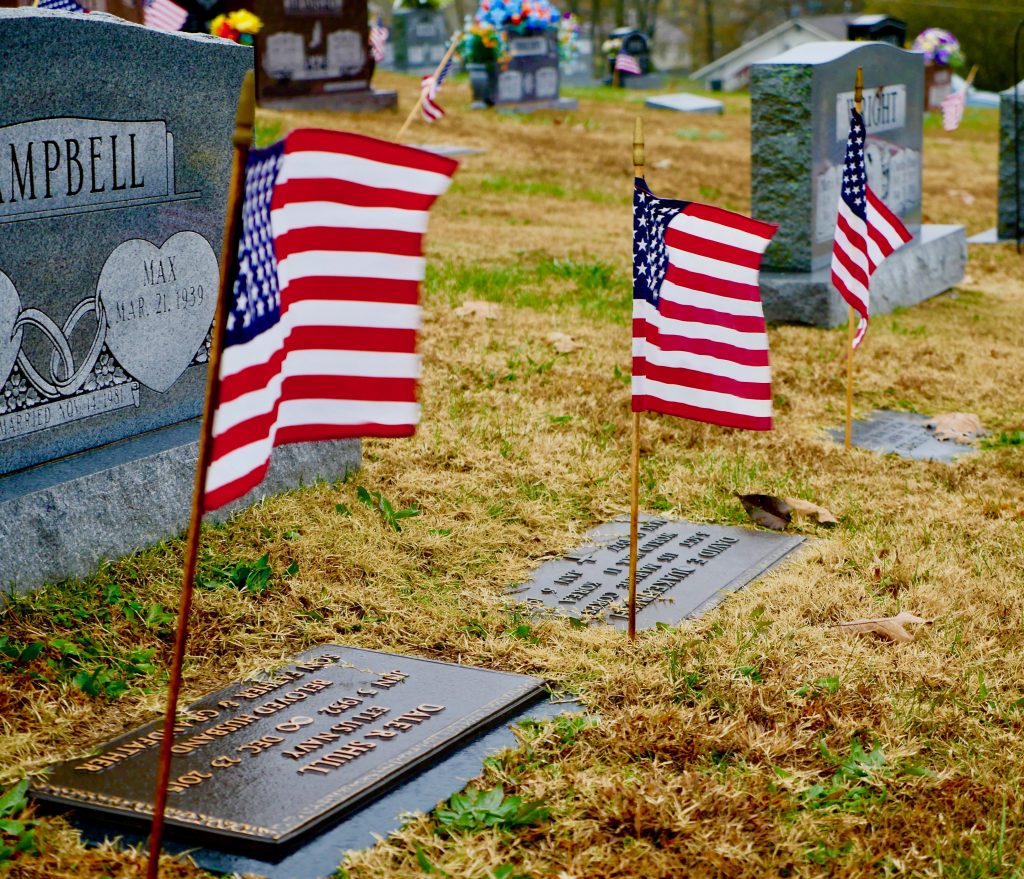 Flags fly in remembrance of veterans at the Ava Cemetery on Veterans Day, 2019. Photo by Michael Boyink/Herald

300 million human beings have the privilege of calling themselves American citizens. Roughly 20 million of them are veterans or are currently serving. It’s a small percentage of the overall population, but it’s impressive to think about how many strong, brave dedicated men and women our nation has produced.

And throughout the past century those men and women faced tremendous adversity. For many veterans our nation was important enough to endure long separations from their families, to miss the births of their children, to freeze in sub-zero temperatures, or to bake in the desert sun. They’ve lost limbs and far too often, their lives. They have been given the call and risen to the occasion. 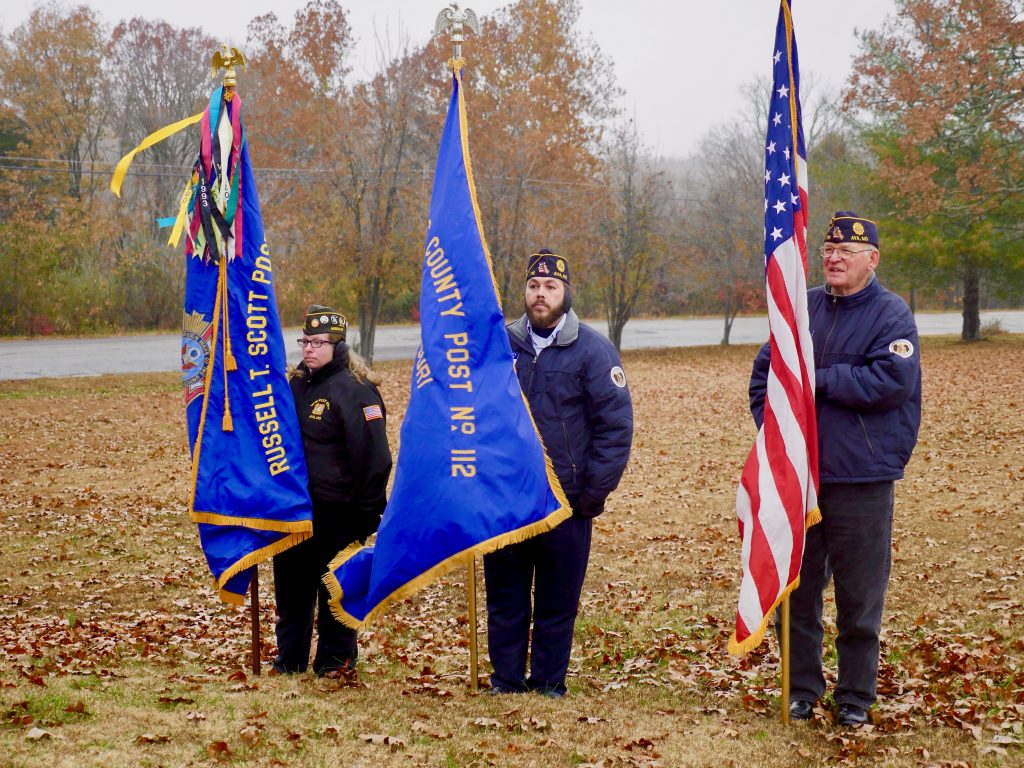 To those in uniform serving today, and those who have served in the past, we honor you each and every day. As Americans, it is our duty to never forget where we came from, and to remember those who helped create and defend this nation in which we live and thrive.

It’s easy to stand here on Veterans day and thank veterans for their service. But our debt to these heroes can never be repaid, but our gratitude and respect must last forever.

Veterans have given us freedom, security and the greatest nation on earth.

Commander Letsinger then took the microphone again, and offered a quick memorial to Ava resident Etcyl E. “Cokey” Burchell who served in WWII, survived the Bataan Death March, returned to Ava, and lived here until passing away in 1979.

Then, with offers of hot soup, hot coffee, and other refreshments at Ava’s VFW hall, the crowd dispersed into the wintry wind.