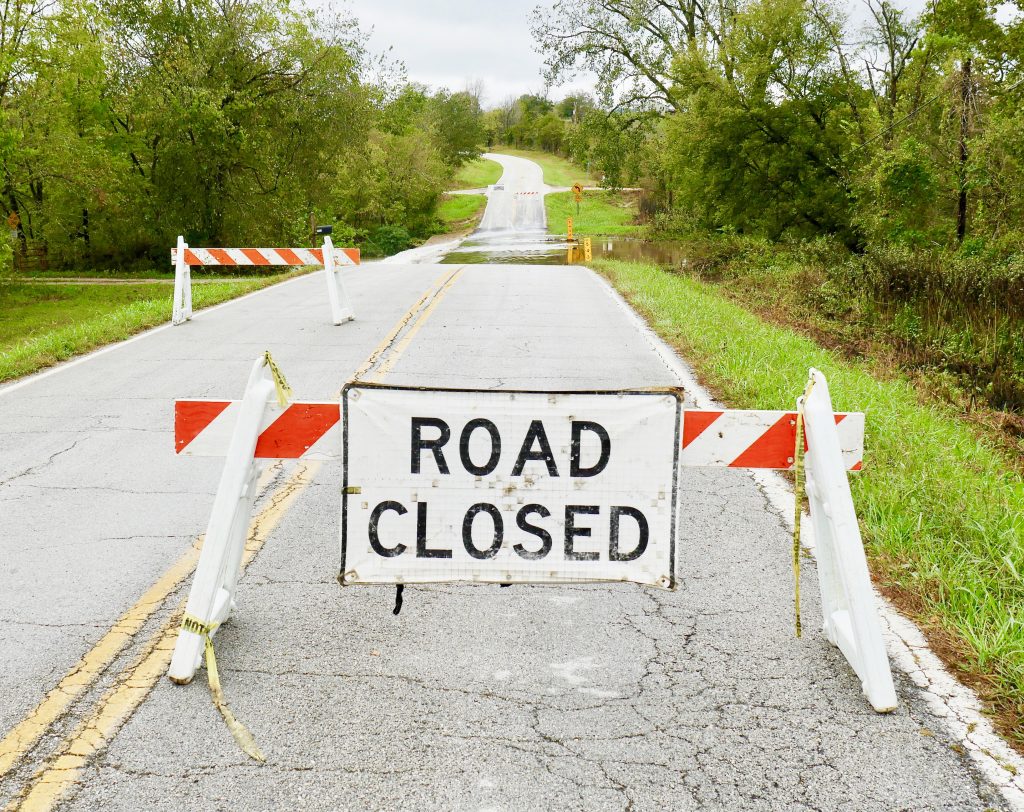 Finally Friday turned into Flooded Friday for Ava and Douglas County last week. Weather Underground reports that over five inches of rain fell on the area.

The rain caused a number of flooded water crossings and, in some cases, closed roads.

Highway Y at Cowskin Creek was closed by MODOT, although by late Friday morning local drivers in pickup trucks were weaving through the signs and crossing, with depth gauges showing just under the one-foot mark.

FF at County Road 209 was flooded, but not to the same depth as FF at Cowskin creek. A MODOT crew had just driven through the intersection and had either just re-opened it or chose to leave it open. 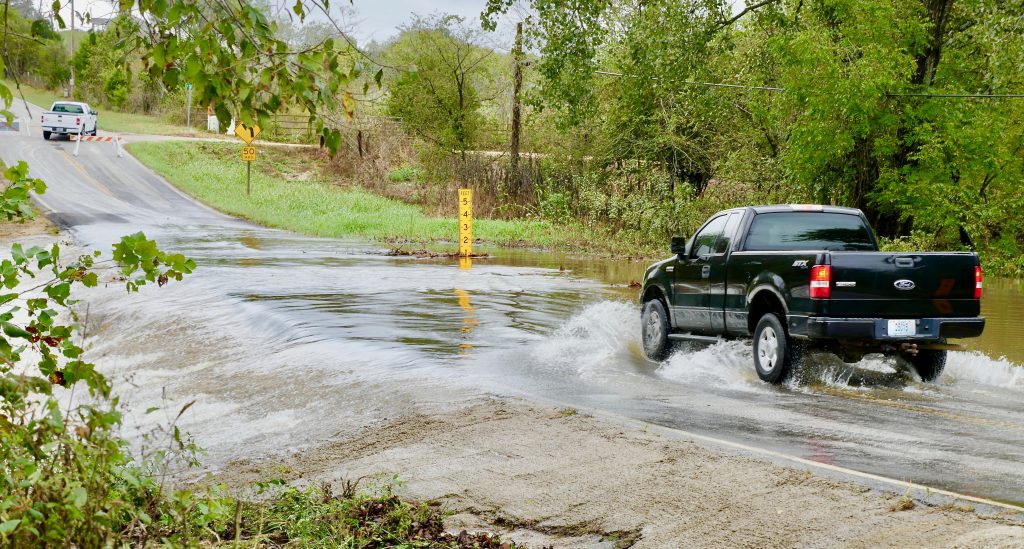 Michael Boyink/Herald
By mid-morning on Friday, drivers were weaving through the Road Closed signs and crossing the water.

Highway 14 at Bryant Creek was unaffected.

The bridge at Rippee Conservation area showed signs of having been underwater, but by late morning Friday the creek level had already receded to a least a foot below the bridge.

With more rain in the forecast for this week, residents are urged to use caution at water crossings. 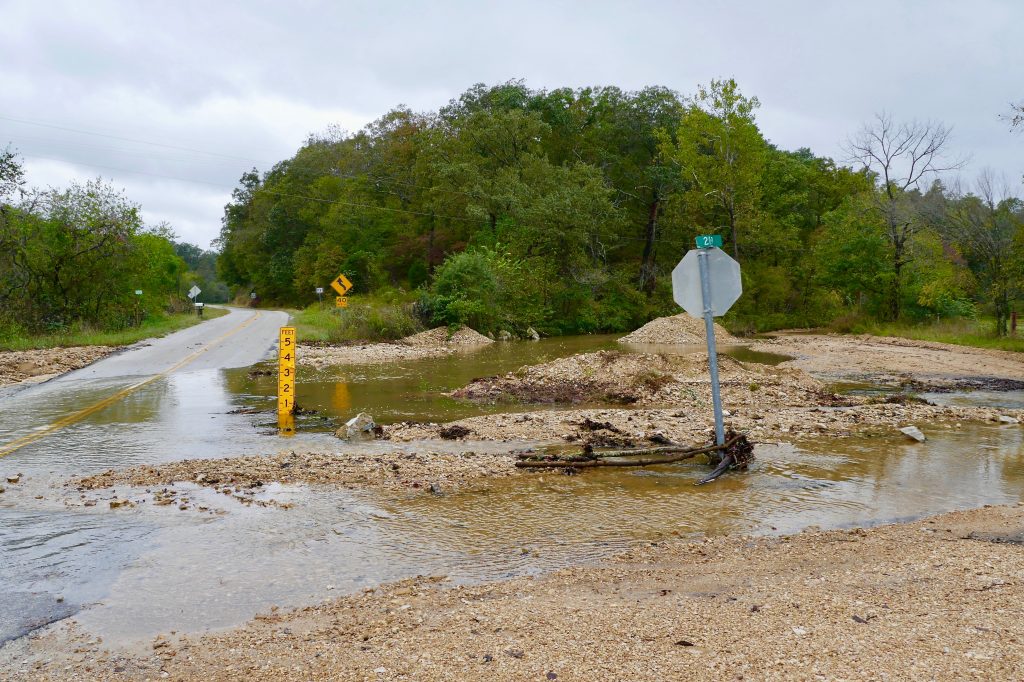 Michael Boyink/Herald The intersection of FF and County Road 209 was overflowing, but a MODOT crew drove through without closing the intersection.

– Six inches of water will reach the bottom of most passenger cars, potentially stalling them.

– 12 inches of water will float many vehicles.

– Two feet of rushing water will carry away most vehicles, including SUVs and pickups. 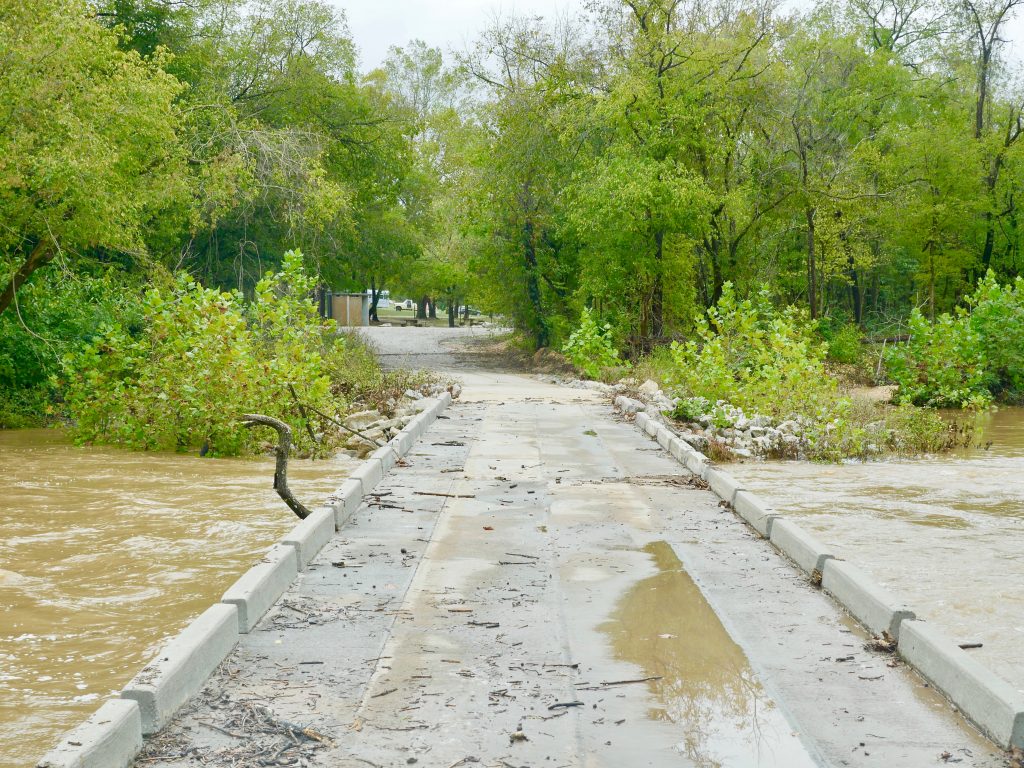