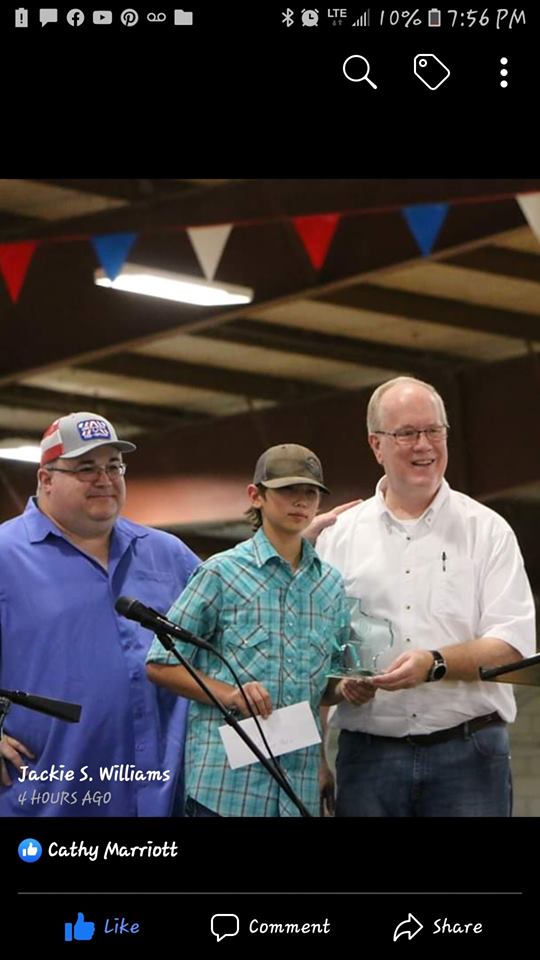 Photos by Jackie S. Williams Tanner Marriott, age 14, of Ava, Mo., center, recently competed in the World Championship Fiddlers’ Festival, and as a competitor in the Junior Division ages 16 and under, Tanner walked away with the world championship title in his division. Also competing in the Junior Division, Preston Marriott, age 13, took second, and Makayla Byerley, 15 years-old, placed sixth, also of Ava, Mo.

The 83rd World Championship Fiddlers Festival was held Saturday, Sept. 28, at the Porth Ag Arena, in Crockett, Texas.  The one-day event is an open competition for fiddlers who choose to participate.  The contest is open to competitors  from around the world.

An annual fiddling event, this competition was first organized in 1937 by fiddler V.B. “Barker” Tunstall, Sr. along with several other fiddlers who were interested in hosting the contest in Crockett.  The contest was first held on the town square and followed by a barbecue dinner and dance.  In those days, winners were awarded $50 for first place, $25 for second, while those in the runners-up category received goods, such as cigars or grocery items.

Today, however, the competition  standards and prizes have changed.

Each competitor is required to play one round of tunes.  Youth competitors play two tunes during their round, which includes a breakdown and a waltz.  The senior and open contestants play three tunes, including a breakdown, waltz and a tune of choice. 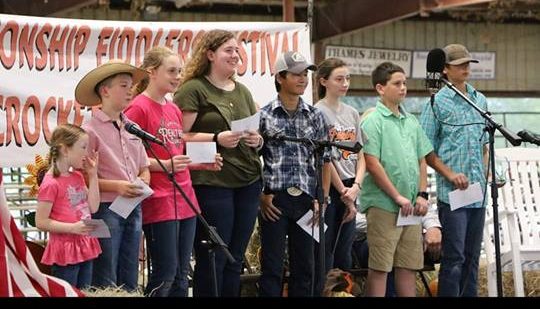 Final top eight contenders in the Junior (Youth) Division were as follows:

The winning finalists received cash, with approximately $10,000 dispersed between division winners based on age and placement.

Preston Marriott also has won competitions, including recognition as Junior Champion in the Laura Ingalls Wilder Fiddle Off; Youth World second-place champion; and placement as fourth in the nation.

Preston and Tanner are the sons of Cathy and Junior Marriott of Ava.

Makayla Byerley is the daughter of Mindy Hicks, and her grandmother is Judy Hicks.