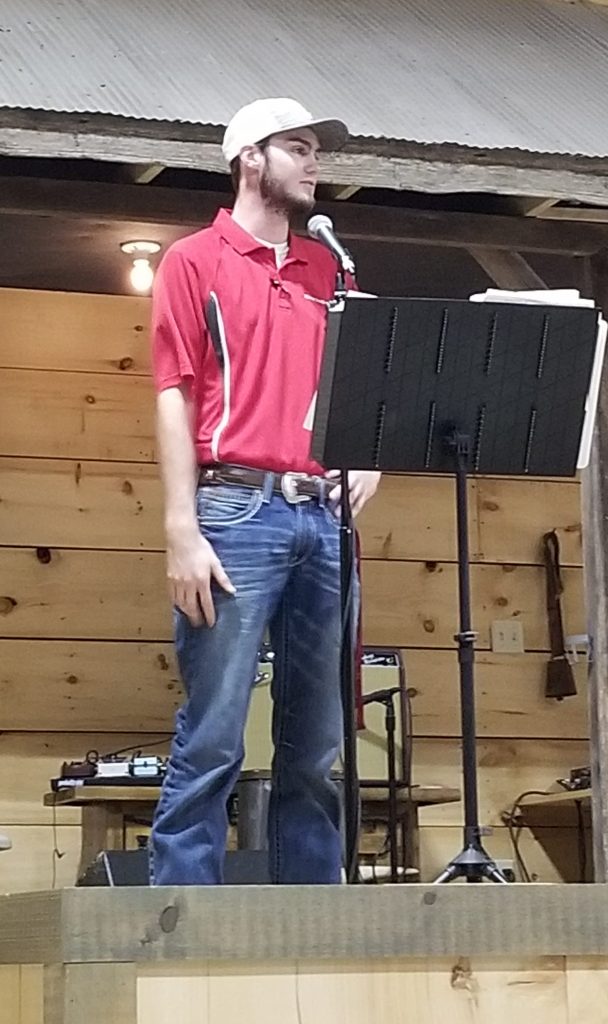 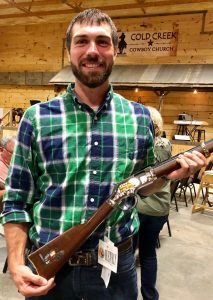 Johnathan Blakey, left, won the drawing for the Henry .22 rifle

Wyatt Wilson, son of Douglas County Farm Bureau members Jon and April Wilson, spoke to the group about his experiences this past year and encouraged other young people to seize the opportunity.  Wyatt also serves as a Missouri Farm Bureau Ambassadors for 2019

Josh Worthington, of Worthington Angus, was the keynote speaker for the evening.  Josh presented thought provoking information that may be applied to many areas of life. He posed the following questions “agricultural industry is changing, are you?” and “are we making necessary changes to stay competitive?”  And finally, “does quality matter?”

Nominations were also opened up for new board members. Sarah Peterson was a nominee. She accepted the nomination and was approved by a majority vote.

The board conducted a drawing for door prizes, as well as a drawing for the winner of the American Farmer tribute edition Henry .22 Rifle. Johnathan Blakey was the lucky winner.

Farm Bureau is an independent, non-governmental, voluntary organization governed by and representing farm and ranch families united for the purpose of analyzing problems and formulating action to achieve educational improvement, economic opportunity and social advancement and, thereby, to promote the national well-being. Farm Bureau is local, county, state, national and international in its scope and influence and is non-partisan, non-sectarian and non-secret in character. Farm Bureau is the voice of agricultural producers at all levels.