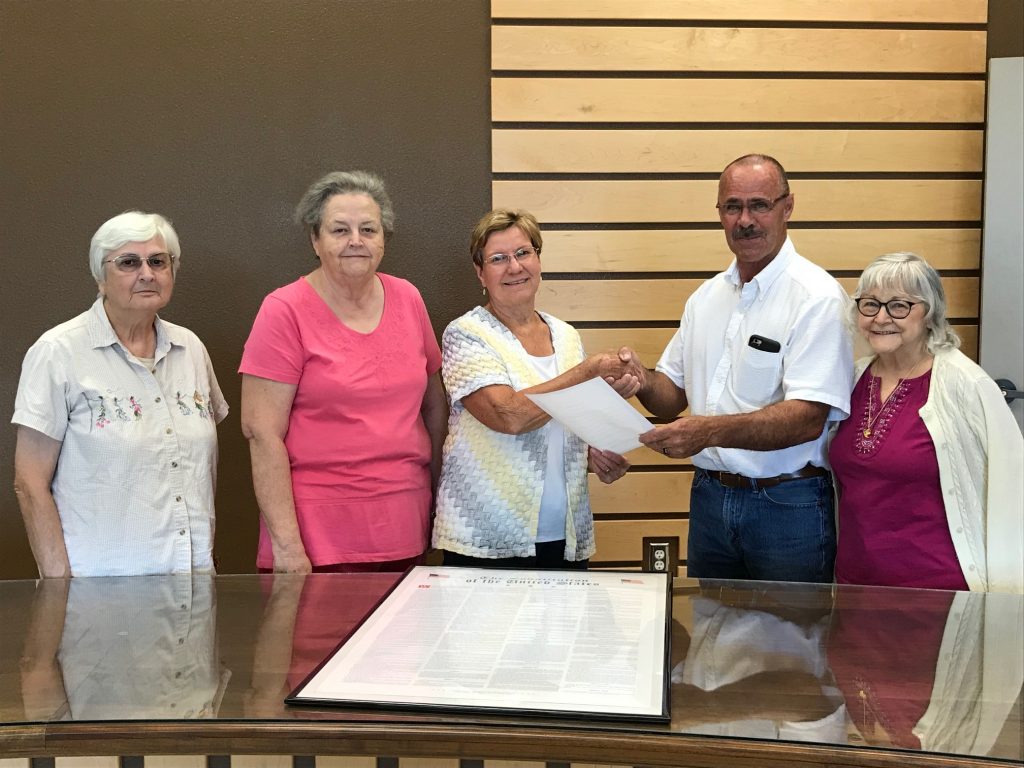 Local members of the National Society Daughters of the American Revolution (DAR), Carl Neiman Chapter, and Mayor Burrely Loftin recognized Constitution Week by proclamation,  noting the 232nd anniversary of the drafting of the Constitution of the United States of America during the Constitutional Convention, in 1787.  Local DAR members above, from left to right, are Marilyn Alms, former Ava City Clerk; Janet Ariciu, Sandra Walker, Mayor Loftin, and Judy Ross.  A framed copy of the Constitution was presented to the City.