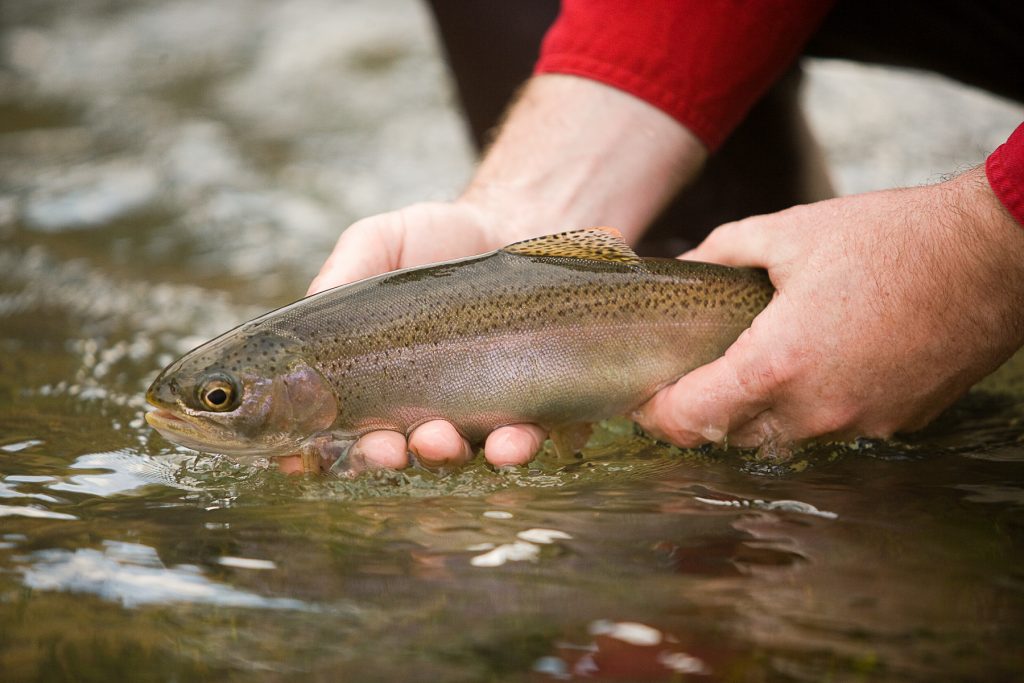 The Missouri Department of Conservation has announced several upcoming changes in pricing, and requirements for landowner hunting permits, as well as non-resident permits, with most of the changes being implemented at the first of the new year, in 2020.

The Missouri Department of Conservation (MDC) will raise the prices of its annual trout permits and daily trout tags starting in 2020. According to MDC, the price increases are needed to better cover its costs of running hatcheries and providing more than 1.7 million trout each year for public fishing. The prices have not been raised since 1999.

Also starting in 2020, the cost of a daily trout tag to fish at three of Missouri’s four trout parks ––Bennett Spring State Park, Montauk State Park, and Roaring River State Park –– will go from $3 to $4 for adults and from $2 to $3 for those 15 years of age and younger.

MDC will also begin a pilot program at Maramec Spring Park where the daily limit will be raised from four to five trout and the cost of a daily trout tag for adults will go from $3 to $5 and from $2 to $3 for anglers 15 years of age and younger.

“The five-fish-for-$5 pilot at Maramec Spring will allow us to survey anglers to determine their level of satisfaction,” said MDC Director Sara Parker Pauley. “Gathering input from our anglers and area users is critical as we look at ways to recruit new anglers.”

The price increases were given initial approval by the Missouri Conservation Commission at its May 23 meeting.

A trout permit is required to possess trout, except in trout parks where a daily trout fishing tag is required during the catch-and-keep season. In addition, a trout permit is required for winter fishing in trout parks during the catch-and-release season and for fishing year-round in Lake Taneycomo upstream from the U.S. Highway 65 bridge. To fish for trout, anglers must also have a fishing permit or qualify for an exemption.

MDC raises trout at five fish hatcheries and releases about 1.7 million trout around the state for public fishing each year. According to MDC, the annual cost of fish food and staff labor to raise a trout in 2003 was about $1 per fish. The annual cost in 2017 had jumped to nearly twice that amount.

Those five fish hatcheries – Bennett Spring, Montauk, Shepherd of the Hills, Roaring River, and Maramec Spring Park – also require regular maintenance, and several have been damaged numerous times in recent years by spring flooding. MDC has spent more than $11 million over the past decade on repairs and improvements to the hatcheries. MDC also reports that utility costs for the five hatcheries have increased by more than 25% since 2008.

Starting in 2020, the MDC will increase the minimum acreage requirement from five to 20 acres for resident landowners and members of their immediate households to receive free permits for deer and turkey hunting.

Resident landowners with five or more acres and members of their immediate households will continue to be allowed to hunt small game, fish on waters of the state, and trap on their qualifying properties without the need of a permit.

The registry is needed by both MDC and permit vendors to help eliminate misuse of landowner permits and privileges. According to MDC, conservation agents around the state find several hundred related violations each year. A review by conservation agents in 2017 found 35% misuse of deer and turkey hunting landowner privileges. Prior to 2004, landowners wanting no cost landowner deer and turkey hunting privileges were required to provide proof by mailing the appropriate information to MDC.

MDC conducted an online landowner survey in March to get feedback on acreage preferences.

MDC to increase prices for some nonresident permits starting in 2020

The MDC will increase the prices for some nonresident hunting and fishing permits starting in 2020. According to MDC, permit prices have not been raised in over a decade and adjustments are needed to help keep up with increasing costs of providing conservation programs and services around the state.

The effective date will be Feb. 29, 2020, for these nonresident permit price increases:

MDC permit sales account for about 17 percent of the agency’s annual revenue and help fund numerous conservation efforts around the state. Other significant revenue sources include the Conservation Sales Tax at about 61 percent and federal reimbursements at about 16 percent. Sales and rentals, interest, and other sources make up the remaining 6 percent of MDC revenue. According to MDC, the average Missourian pays about $19 annually for conservation efforts through the Department’s dedicated sales tax revenue. MDC receives no funding from property taxes, tickets or citations (which go to local school districts), or the state’s general revenue budget.