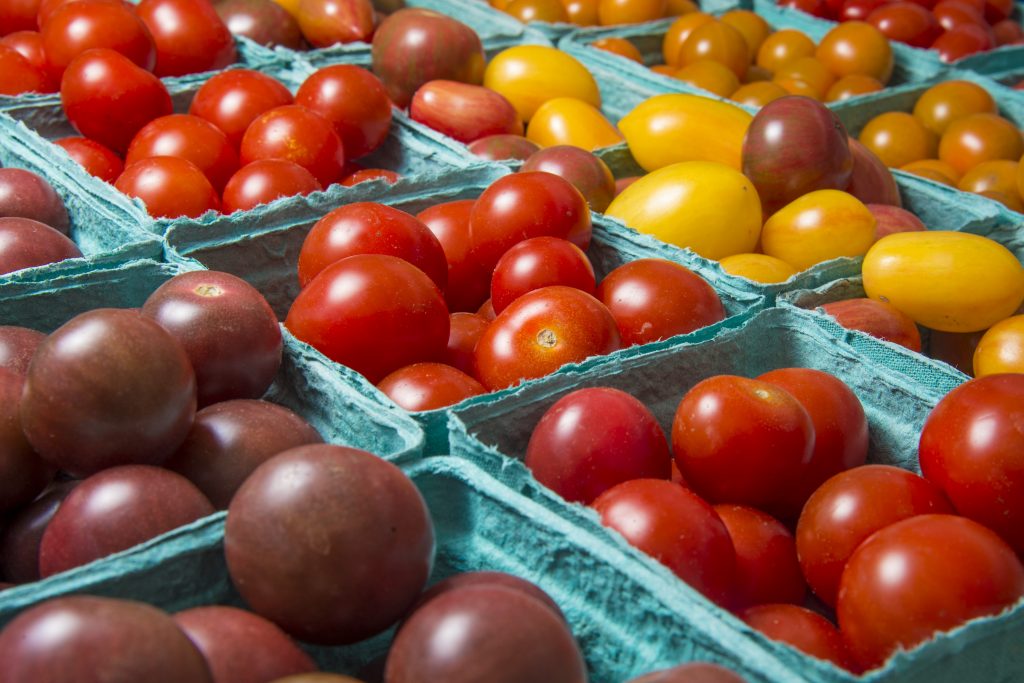 Tommy and Sarah Peterson aren’t the first ones to make tomato news in Ava. From record crops to fires to political drama to train accidents, the  ‘not a vegetable but don’t put it in a fruit salad’ tomato has graced the pages of the Herald in several decades.

And for a while, another major export from Douglas County to the rest of the world was?

According to the August 22, 1901 edition of the Douglas County Herald, “Southwest Missouri is one of the greatest tomato canning sections in the U.S. There are twenty-two factories in ten counties, which last year packed over a million cans each.”

Memoirs written by residents from that era attribute the popularity of raising tomatoes to the nature of the land in the region, being too rocky and uneven for crops like corn, but able to support tomato plants.

Tomatoes were planted, weeded, and harvested by hand. The harvest was then transported by horse and wagon to a canning factory. 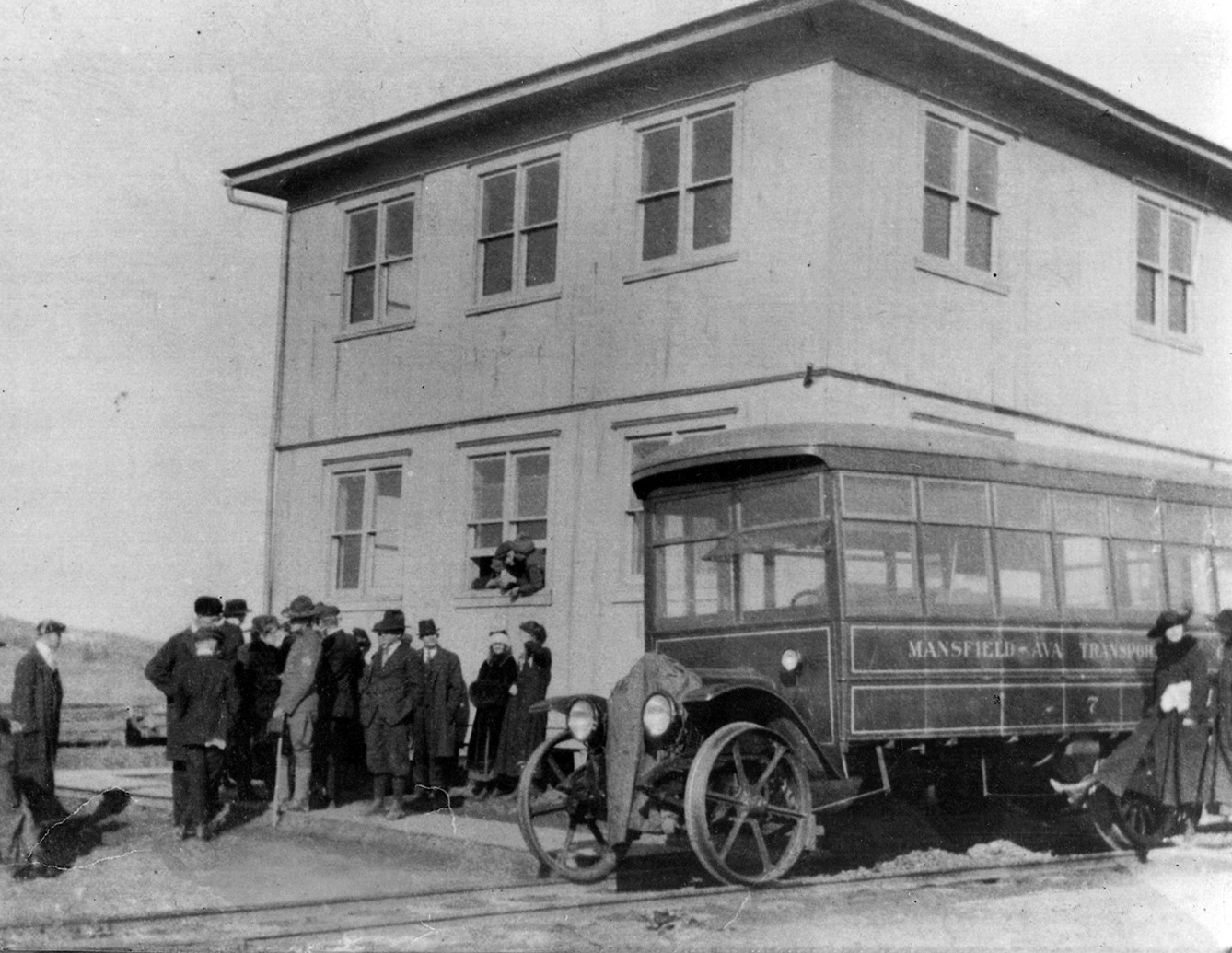 Herald Archive
The Yellowjacket, a rail-based motorcoach used between Ava and Mansfield, was demolished by a runaway car of tomatoes.

The factory would move the tomatoes from the wagons to large wire baskets which were lowered into vats of hot water to scald the tomatoes and make them easier to peel.

The scalded tomatoes were then emptied into wooden troughs with women sitting on each side, using wooden-handled teaspoon-shaped knives to peel the fruit. Buckets of peeled tomatoes were taken to another trough where the fruits were packed into cans.

Tomatoes were sealed into the cans, then cooked and packed into cardboard boxes for shipping.

Some farmers chose to can the tomatoes themselves in order to increase their profits. Once the harvest was canned, a farmer could wait out the market for higher selling prices.

The “Tomato Years” of Douglas County lasted several decades, with mentions or advertisements in the Herald spanning the 1900s through the 1940’s.

Here are three slices of that juicy history:

From 1910 to 1935, Ava was connected to the rest of the world by the “Ava Southern Railroad.” The 15-mile route started to Mansfield by climbing two grades.

And on the second grade, the tomato car broke loose.

The tomato car started rolling back towards town. With two employees on board.

The car had brakes. And the men tried using them. The brakes failed, and the men jumped.

Rolling back towards the Ava depot at a “terrific speed,” the runaway car was headed straight for the still-parked Yellowjacket, a rail-based motorcoach used to move passengers and small loads along the railway.

People at the depot spotted the runaway. They got out of the way.

And watched as 65,000 lbs of rolling tomatoes collided with the motorcoach.

The Yellowjacket was crushed into uselessness  – a total loss.

But the tomatoes survived.

In November of 1919, a situation was stewing.

On one side was the Hitchcock Factory Company, Incorporated. Hitchcock was an established cannery. They estimated profits of $70K for that year (just over a $1M in today’s money).

On the other side?

Businessmen wanting to organize a competitive co-op for canners.

A Herald ad for the first meeting said the co-op was for “canners desiring to obtain for themselves the enormous profits now going to others.”

To Howard Hitchcock, those were fighting words.

In a rebuttal article in the November 13th, 1919 edition of the Herald, Hitchcock stated they weren’t against the co-op. He stressed that he had played fairly with all of their customers. He mentioned how they were investing in Ava.

Hitchcock also mentioned how other cities would have given his company free land and money to do business.

Then the gloves came off. Hitchcock took aim at the politics of the situation.

He wrote: “Once the mayor of Ava punched the face of the head of the Hitchcock tribe. He was duly arrested, pleaded guilty, and paid his fine – but we are still here. Once this same man had us arrested and thrown into jail, He lost his case. We are still here. Once he advised us to leave town within 24 hours. We stayed. This man works earnestly to secure contracts for the nonresident canning company instead of for his home company.  He and the other factory owner work together. We have been told this same man will finance the co-operation. We expect to stay right here and do as we first planned to do. Who is your true friend to Ava? Draw your own conclusions.”

Whether that new co-op ever came to fruition is unclear – but it is clear is that tomatoes were a big enough business to get the local politicians involved.

One of the area’s many tomato canneries was located right next to the Ava Depot.

Described by the Herald as one of the largest in the state, the Crown Canning Factory could ship anywhere from 15-70 cars of canned tomatoes, depending on the size of that year’s harvest.

On May 12th, 1927 the factory was completely destroyed by fire, which started around 10:30 that night.

The cause of the fire was attributed to shorted electric wires due to a tornado or cyclone that moved through the region that day. 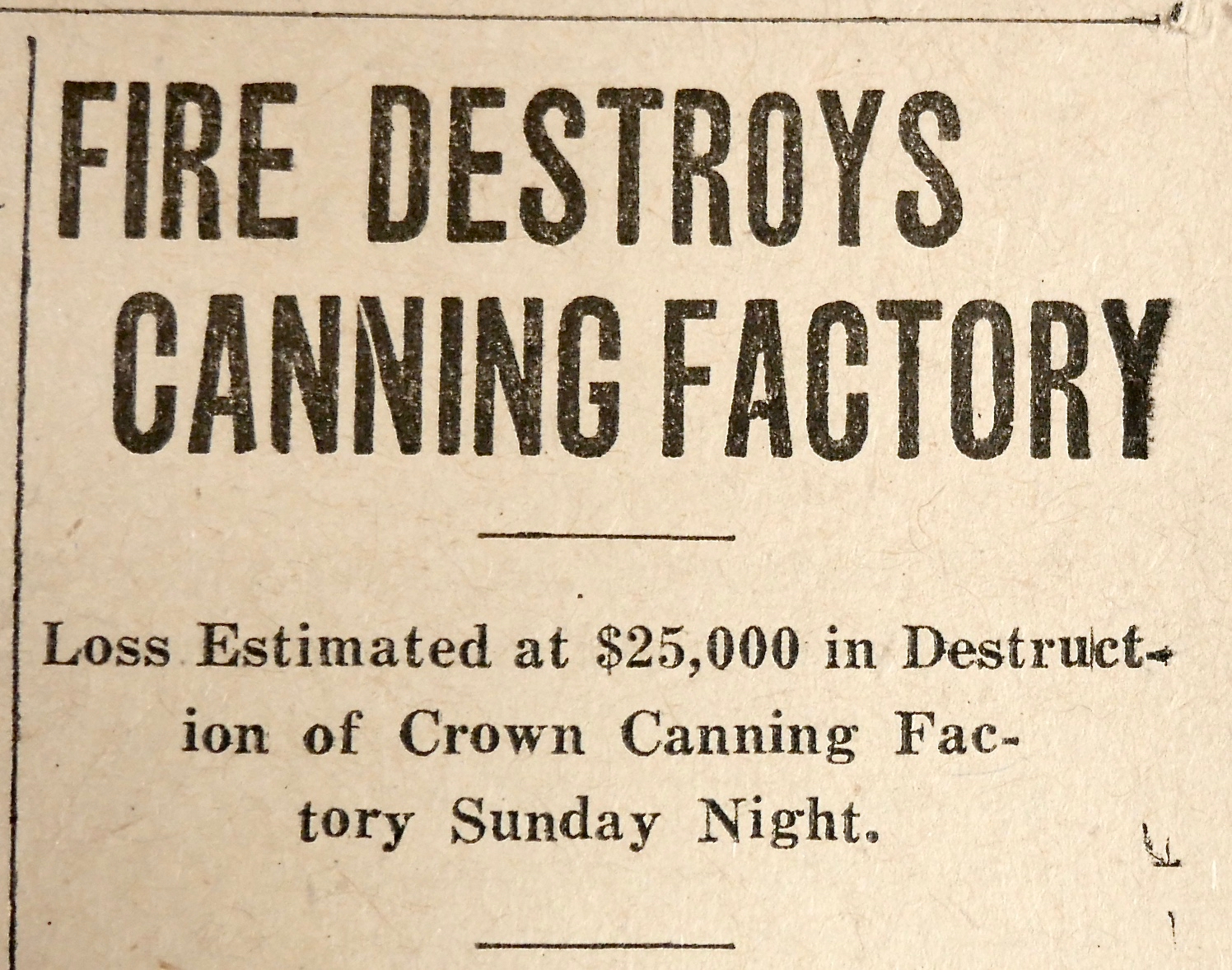 According to the Herald, “the fire was one of the largest ever witnessed in Ava, and for a time threatened the Standard Oil Company’s storage tanks located just to the east. It would be hard to estimate the extent of the damage had these tanks exploded.”

Damages were estimated at $25,000- roughly $365K in today’s dollars. The building was only partially covered by insurance, but owner R.C. Hall believed he could be established in business again by the following season.

For more of Ava’s history – tomato and otherwise – check out the Old Ava MO Facebook group at tinyurl.com/oldavamo.