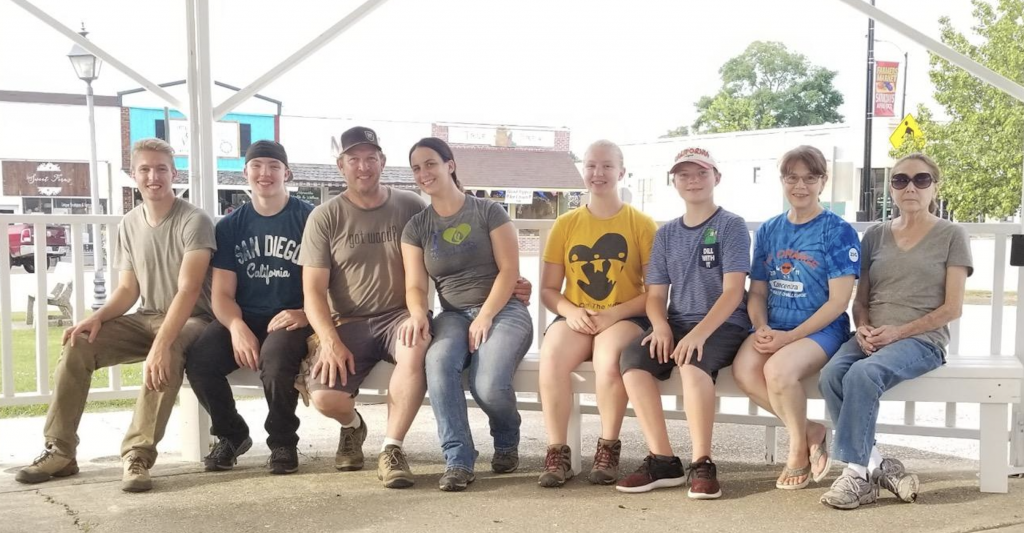 If you happened to notice a flurry of activity recently taking place in downtown Ava, in the gazebo in the center of the square, you may have wondered what was going on. It was announced this week, the undertaking was an endeavor facilitated by several members of the Ava Citizens Action League, and the task, which is now completed, was to build benches inside the gazebo (shown left).  Members of the Ava Citizens Action League who participated in the event are shown above.  They are, from left to right, Cameron Cluff, David Cluff, Jon and Maxx Cluff, Heather Cluff, Adam Cluff, Diana Middleton, and Janice Lorrain.  According to organizers, the Cluff family was instrumental in coordinating the project. 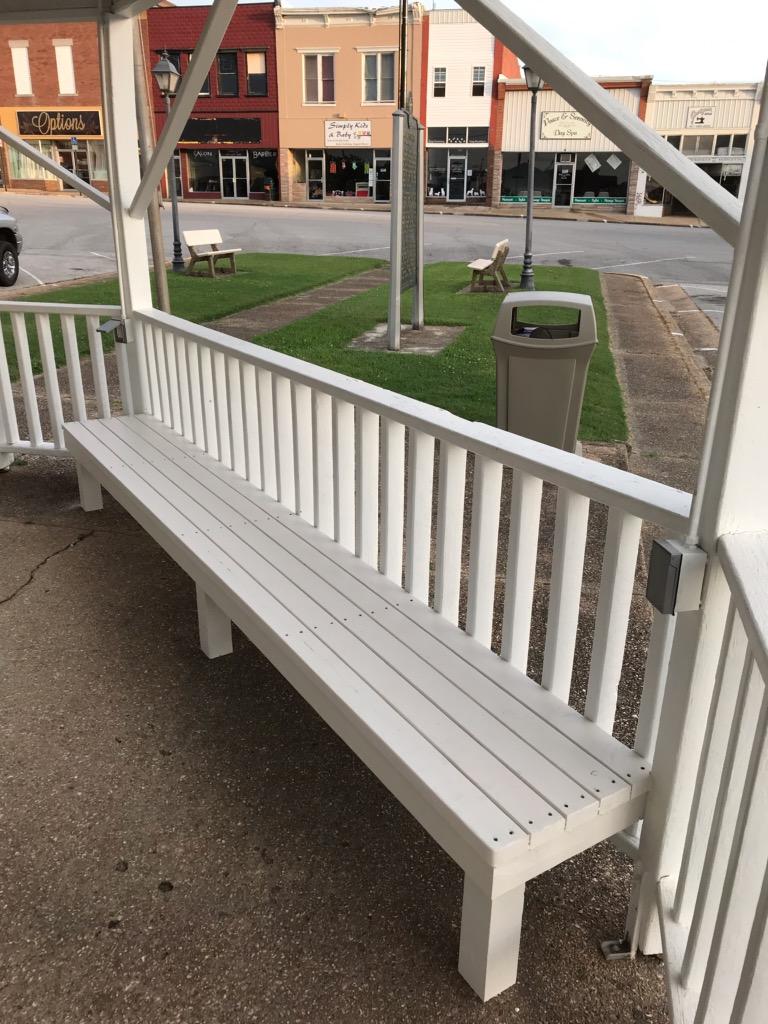