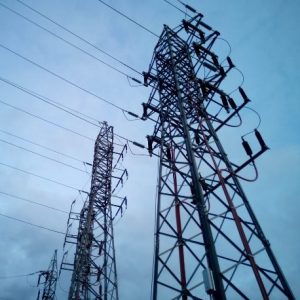 BRANSON – It’s time for WRVEC members to get the credit – capital credits, that is – for helping build, sustain, and grow their local electric cooperative. This July, White River pays (retires) two million dollars to those who purchased electric from the cooperative in both 1989 and/or 2017.

When members sign up to receive service from White River Valley Electric Cooperative they become a member of the electric utility provider. While investor-owned utilities return a portion of any profits back to their shareholders, electric co-ops operate on an at-cost basis. Instead of returning leftover funds to folks who might not live in the same community or even the same state, WRVEC assigns and pays capital credits based on how much electricity was purchased during a year. Capital credits are those margins that are left over at the end of every year after all bills and expenses have been paid. Expenses include things like power generation, maintenance, and operations.

The capital credits paid in July will cover the remaining 90 percent of 1989 and 50 percent of 2017. Credits are distributed in two ways.

Current members’ will see a credit applied to their bill. Former members, who no longer have a bill where credits can be applied, will receive a check in the mail. The amount reflects contributions of capital to, and ownership of, the cooperative during those years. That may seem like a long time ago. However, those funds help the co-op keep the lid on rates, reduce or eliminate the amount of money needed to borrow from outside lenders to build, maintain, and expand a reliable, advanced electric distribution system. It’s the Cooperative way!

For more information on WRVEC or capital credits, visit www.whiteriver.org.