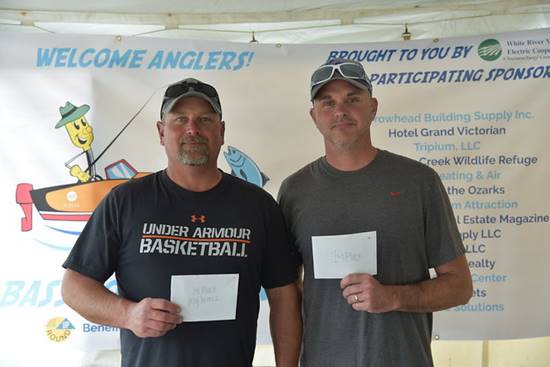 The annual gathering lured anglers back to raise funds for ORU. The program has collected and distributed more than $3.6 million to students, local organizations, and families throughout the five-county service area. Some of this generosity funds monthly grants to help families and organizations with basic needs such as food, shelter, and clothing during difficult circumstances. Other funds encourage the pursuit of higher learning in our community by offering scholarships to students in our community for collegiate hours.

Participating boats launched at 7 a.m. from Pontiac Cover Marina on Bull Shoals Lake. Teams had eight hours for their chance at the title and up to five fish to bring in the highest poundage and biggest bass.

“This event allows the community to support the educational pursuits of our youth while doing something that they enjoy,” WRVEC CEO Chris Hamon said. “One of White River’s core values is commitment to community. This tournament exemplifies that commitment.”

Additional winners include: Shawn Swearengin and Casey Merrifield who also brought in the third-largest bass weighing in at 4.77 pounds.