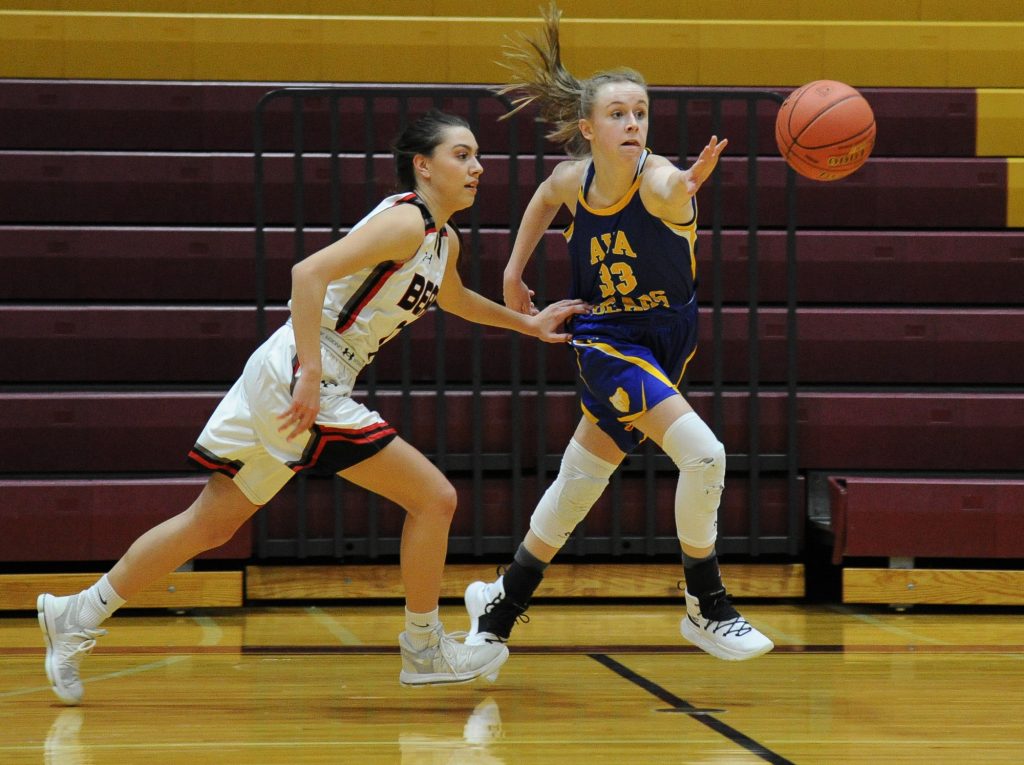 MANSFIELD – Sliding to the left on the bracket after a Jan. 21 loss to Forsyth, the Lady Bears were matched up against Conway in-chase of the fifth-place spot in the 29th Annual Lady Lions Tournament.

The Narrow 41-38 win for the Lady Panthers was the second loss in the second meeting for Ava High School.

Free throws weren’t hitting the net as they needed to, the Lady Bears shooting at 47-percent for the night and a big a 16-8 fourth quarter just wasn’t enough for a comeback from a 20-3 third quarter where Forsyth ripped-open the game.

Friday, Jan. 25 was an all-or-nothing in attempt to stay alive in the tournament.

Conway (7-9), lost to the Lady Bears 61-43 on Nov. 26, 2018, in a home game for Ava. The win was a team effort with double-digit scoring by Claire Fossett, Ashton Bewley, Hanna Evans, Araina Evans and Lauren Mendel who kept Ava ahead of the curve through four quarters.

The Conway team also gave up 18 points to Ava, who shot 72-percent in that game.

Now on neutral maple the Lady Bears didn’t have the advantage of a loud, motivating home crowd. That didn’t keep them from winning, either.

The Conway offense never seemed to get off the ground as Ava kept chipping away at a growing lead.

Lauren Mendel opened for Ava after a dry run and a blank board in the first minutes of the game. She was followed by Eden Little and the Bears ran for six points before an answer came from the Conway team.

The night was a big one for Mendel and freshman Hanna Evans who put in a combined 24 points before the game was over.

With the lead and game outcome already determined, some younger players got some time on the maple with Baylan Alexander scoring for two and draw the foul, which she would miss.

The Lady Bears were up 22 to 5 at the halftime buzzer, after which they really opened the throttle on Conway.

Scoring a combined 19 points in the third, Emaly Keyes would send one in from downtown for the only Ava three-pointer in the game. Lauren Mendel scored six points, Hanna Evans and Eden Little with four, and Fossett for two in a 16-point run over the Conway defense.

Even with turnovers, the Conway offense wouldn’t capitalize on those opportunities made by Ava. Eden had the last say of the third when she drew a shooting foul and sank both free throws to end the quarter.

“We just did a little better job of executing our zone offense got the post players and guards a little better spacing so that they can share the ball a little easier,” said Houk. “Then defensively we just tried to crank up the pressure and create a few more turnovers.”

Ahead 41-9, Lauren Hall, Julia Henry and Devin Rowe joined the rotation to deliver another 9 points for the Ava Lady Bears who won the game 50-17.

This win didn’t mean everything was in order with the Ava girls’ bench. The team shot a collective 33-percent in the game for just three free points.

“We practice them quite a bit (in) the last two days of practice,” said Houk. “For some reason we’re getting in the game and not knocking them down like we need to.”

The win was a team effort as Ashton Bewley didn’t play the entire game and couldn’t get going on the offense.

She didn’t ever get going offensively and the rest of the kids kind of stepped up and made shots and got a lead,” said Houk.

The Lady Bears moved forward to the 5th place bracket and a game on Saturday at the 29th Annual Mansfield Invitational where they were matched up against Houston and won 49-42 for 5th place.