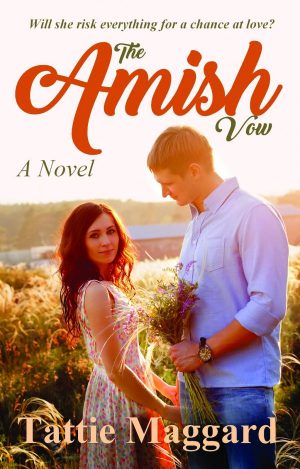 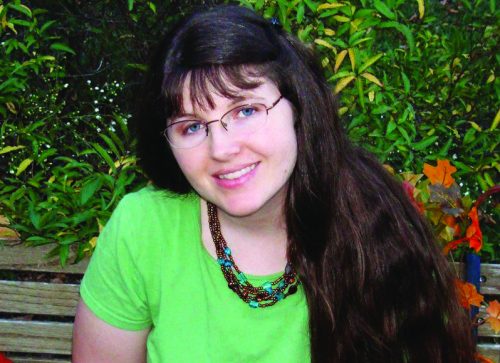 Tattie Maggard writes and markets her books from her home in Douglas County.

Danielle Steele’s expensive European car breaks down on a backroad in Lancaster County, Pennsylvania. A horse and buggy pulls up behind. A man steps out. His full beard wavers in the breeze. His head is covered in a flat-brimmed hat. A car repair will take weeks, he advises. She accepts his offer of lodging. He loads her luggage into the back of his wagon. One of the cases contains a well-used manual typewriter…. 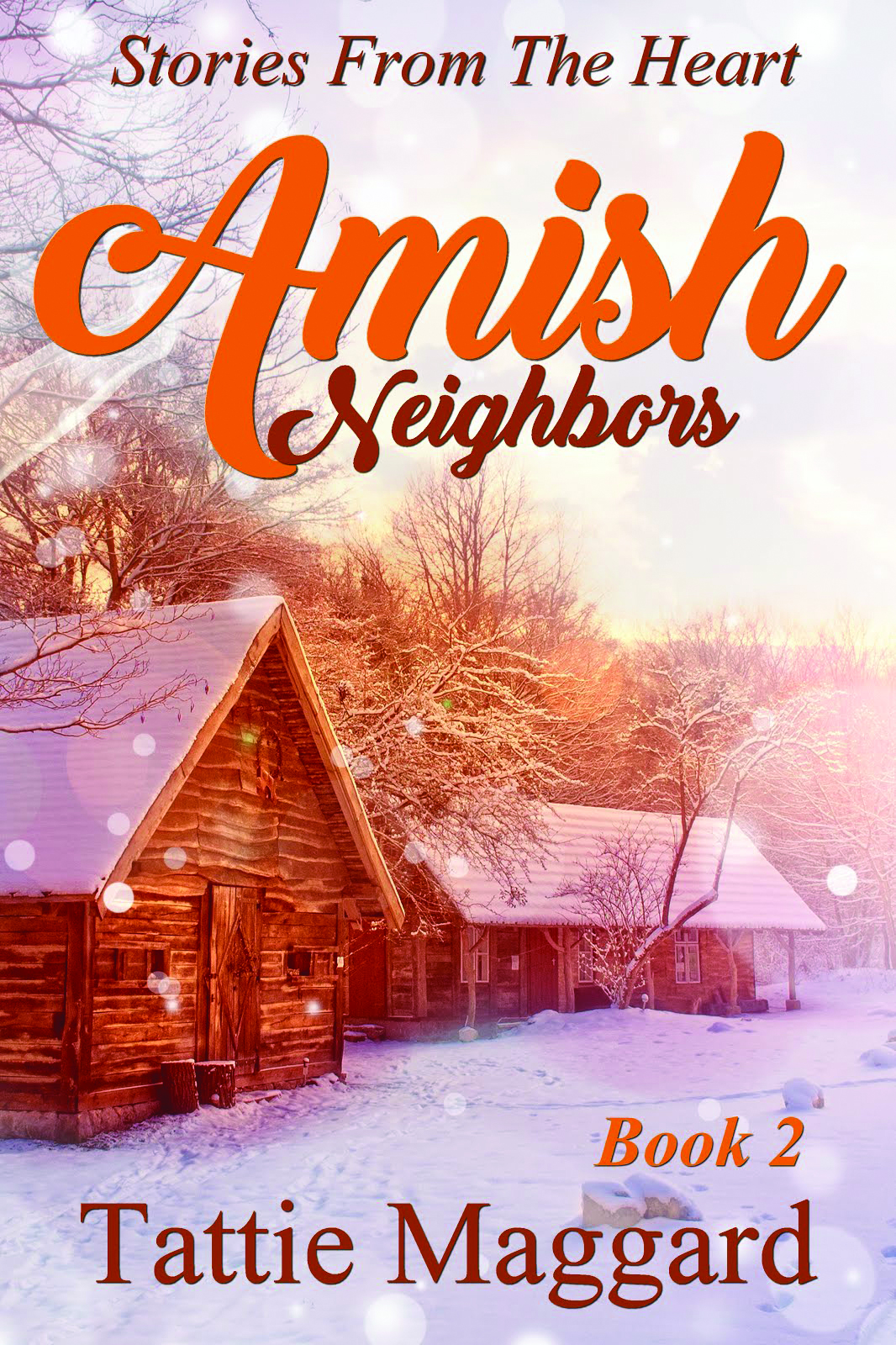 The idea of an Amish-themed romance novel isn’t novel at all. The first commercially-successful entry was The Shunning by Beverly Lewis, published in 1997. It went on to sell over a million copies, spawn a number of sequels, and be adapted for TV by the Hallmark Channel.

A new genre emerged, but it took some time to catch on. It wasn’t until 2009 that Time Magazine proclaimed Amish love stories a “hot trend.”

Twenty years later they are still selling. You can find Amish romance novels at the Douglas County Library. You can find them at Walmart. You can find them online – Amazon.com has thousands of titles written by over 275 authors. The top three of those authors have sold over 30 million books.

The Romance Writers of America Association says readers buy $720 million worth of Amish books per year.

To put those numbers in perspective, that’s 91 books and $2180 in sales for every one of the approximately 330 thousand Amish people currently living in America.

Danielle Steele herself even ventured into the genre in 2014 with her book Until the End of Time.

One of the Amish romance writers selling on Amazon is Douglas County’s own Tattie Maggard. A graduate of Ava High School, Ms. Maggard began writing Amish romance novels two years ago and has since self-published 21 of them. The stories revolve around a common community and sometimes share characters.

For Tattie, the Amish lifestyle appealed to one of her goals for writing.

“When I set out to write fiction I wanted to show some Missouri flavor.” she says. “When I realized that the Amish live very similar to the way our grandparents did, it made sense for me to write about it.”

Tattie says her readers are mostly mainstream Christian women 40 to 60 years old, but she has gotten a few favorable reviews from men.

The genre has survived past the “hot trend” status because readers find themes in the stories that resonate.

“People like to read Amish stories because they want to know more about the Amish and their culture,” Tattie says. “They also know they’re getting a clean story with a Christian slant with characters that act more traditionally than we’re used to.”

Bethany House Publishers in Bloomington, Minnesota published that first genre-defining work from Beverly Lewis, and they continue to offer Amish-themed books. David Long is Bethany’s Executive Editor, and says the novels are popular because they depict a way of life that’s radically different from mainstream American culture.

“As the pace of the world increases and becomes ever more reliant on technology, the notion of a simplified life holds appeal,” Long says. “Readers are drawn to stories of faith and family, where the pressures of the outside world might not seem so pressing.”

One challenge writers have is balancing accurate portrayals of the Amish culture with storylines that readers are willing to buy.

“I try to be as accurate as possible, but some things might not be tolerated or believable to most of my readers and so I try to reflect good Christian values first and accuracy second,” Tattie says. “I am always respectful toward the Amish people. I don’t use a specific community’s name and I don’t write about any of the real life situations I’ve heard. I try never to paint them in a bad light.”

It’s never been a better time to be a book writer. Self-publishing has become respectable. The internet has connected authors directly to readers. Amazon’s Kindle Direct Publishing program allows authors to publish their work and start making sales without having to build an eCommerce website of their own.

And it’s never been a worse time to be a book writer. The publishing market is confusing and volatile. Regardless of how they publish, all authors have to do their own marketing. They have to find their audience online. They have to pry reader’s attention away from addictive social media apps. Authors have to convince them to read a book. And pay for it.

Tattie’s advice for potential authors is:

“Don’t be afraid to publish independently. Make the story the best you can. Hire an editor, a cover artist, and put it out there. Independent authors are doing well for themselves these days and many make more money than traditionally published authors. I’ve also seen several traditionally published Christian authors who are now doing both, sort of a hybrid author.”

Financially, Tattie’s experience is that writing and self-publishing Amish romance novels has been a successful way to help provide for her family. “Income-wise it’s between the part-time and full-time pay I’ve made in the past,” she says. “But it’s not consistent. Royalties can change drastically from month to month. However, my only expenses are internet service, editing, and some advertising when I launch a new book. I might wear out a laptop in a year, but I don’t have to buy fancy clothes for my job or use any gas money to go to work.”

But she advises it’s also not a get-rich-quick scheme.

“I consider myself a career author and treat it like a business,” Tattie says. “I love what I do, but I put in the hours I need to make a living at it.”

More than being a source of income, writing allows Tattie a lifestyle she enjoys.

“I’m able to homeschool my daughter, which is worth more to me than money.”

She also sees her work as a ministry.

“Thousands of people have read my books,” she says, “and I hope some of them received a message they could apply to their own lives.”

Opinions are mixed about the long-term viability of the Amish romance market.

“As a genre, the last time we looked, Amish was about 20% of our fiction sales,” Bethany’s David Long says. “We don’t see many new authors writing in the category these days. It continues to sell, but it’s mostly established authors like Beverly Lewis, Suzanne Fisher, and Leslie Gould.”

“It is still very popular and I see it growing in the future.”

But, even she may venture outside of the genre.

“I never know what I’m going to write next until I sit down and start writing,” she says. “I have more Amish book ideas, but I also have some historical and contemporary Christian ideas.”

Find out what Tattie writes next by visting her website tattiemaggard.com, or support her efforts by buying one of her books on amazon.com/author/tattiemaggard.