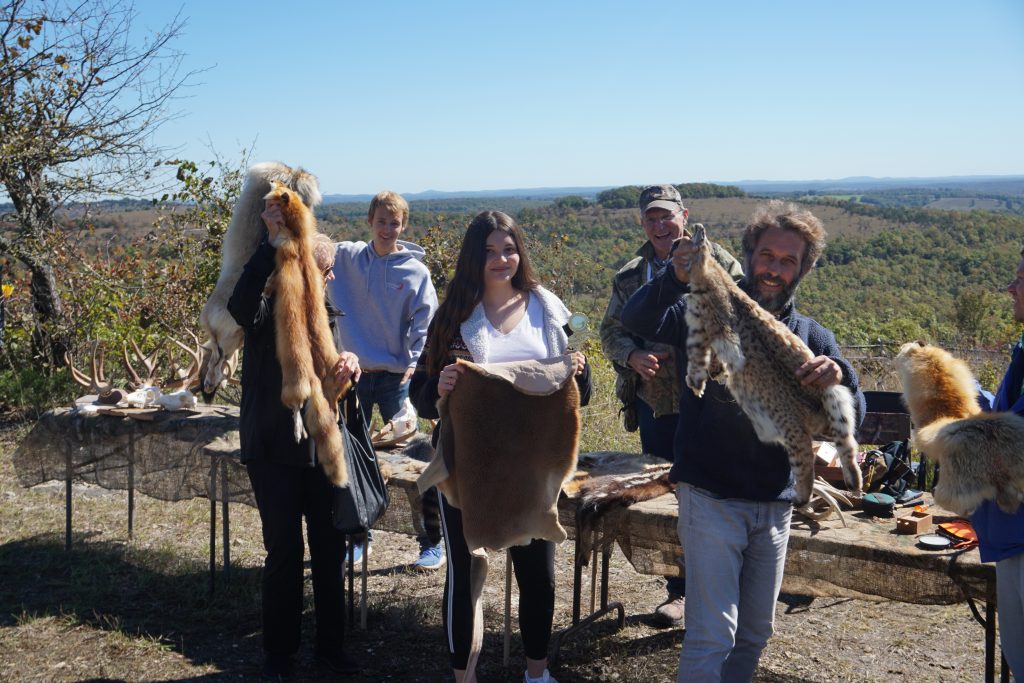 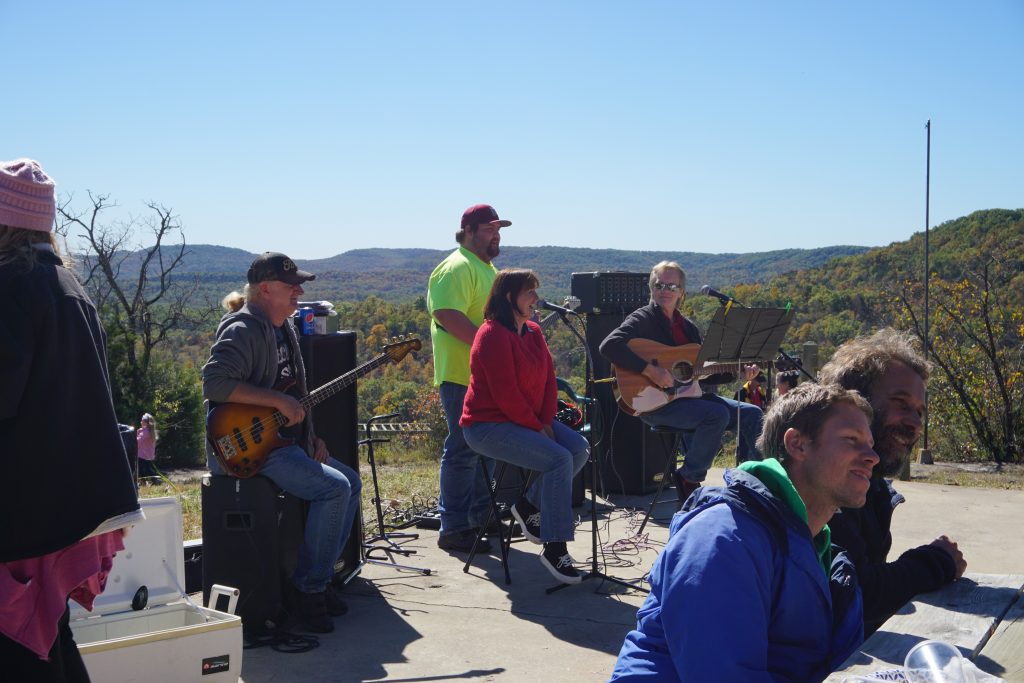 The Glade Top Trail Fall Revue was held on Sunday at Caney Picnic grounds, south of Ava.  During mid-day festivities, Jam Dandy Band entertained with music, shown above, and below, Dwight Emerson, left, and his father, David, showcased a variety of pelts, antlers and other wildlife trophies. 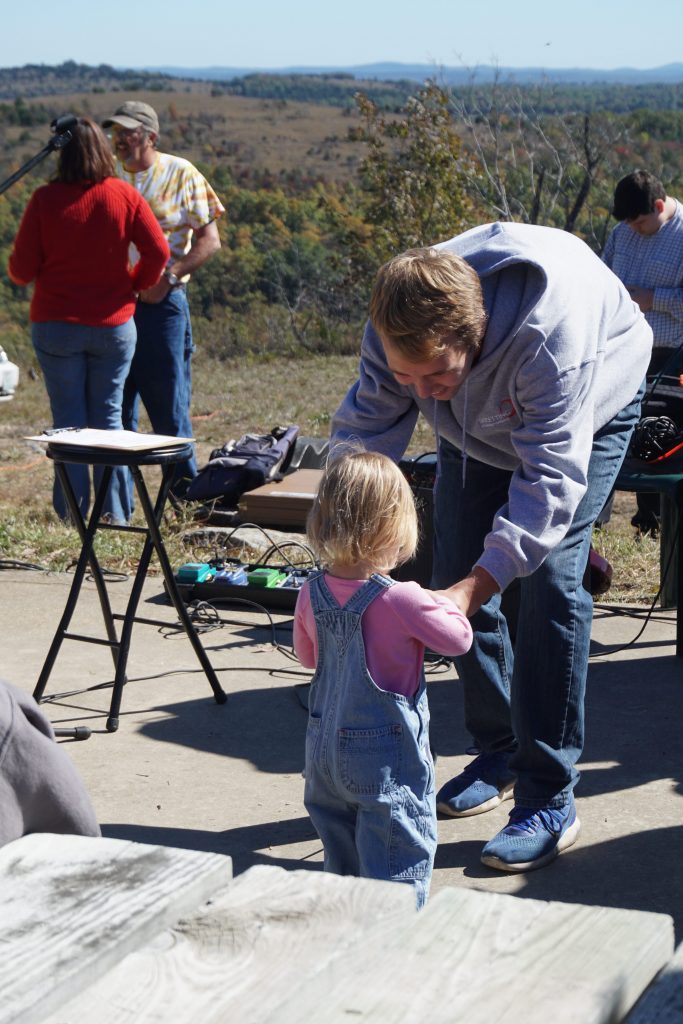 This brave young contestant stole the show during the turkey calling contest on Sunday.  She also did a terrific job making her call, however, she may have a little help from Dwight Emerson, who helped her along.

During Glade Top Trail festivities on Sunday, these three youths were contestants in the Turkey Calling Contest sponsored by Crystal Lake Fisheries. 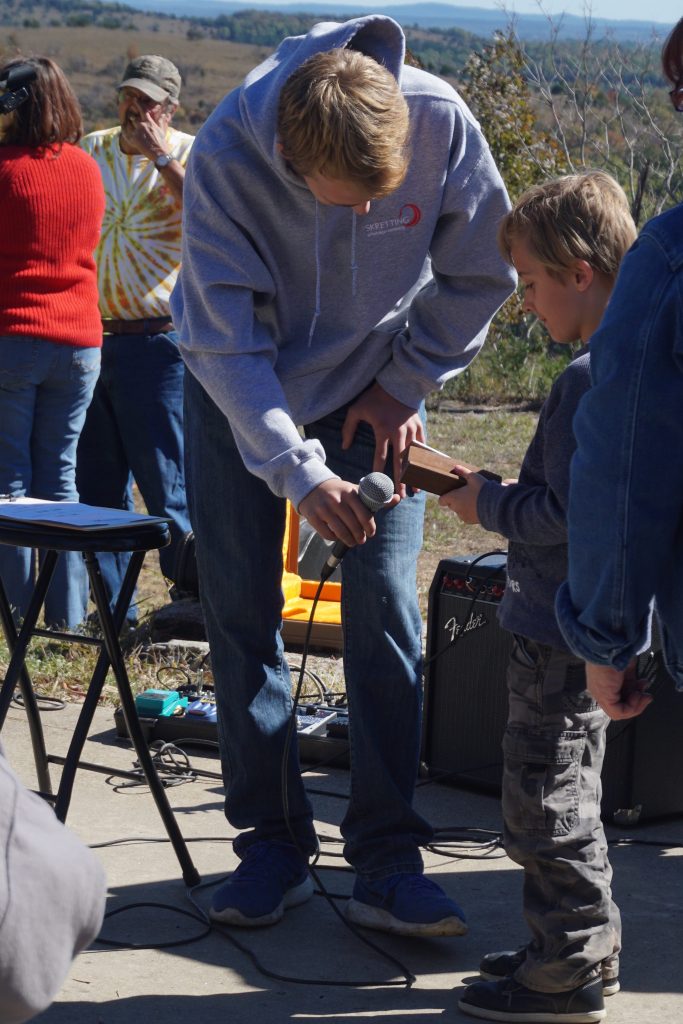 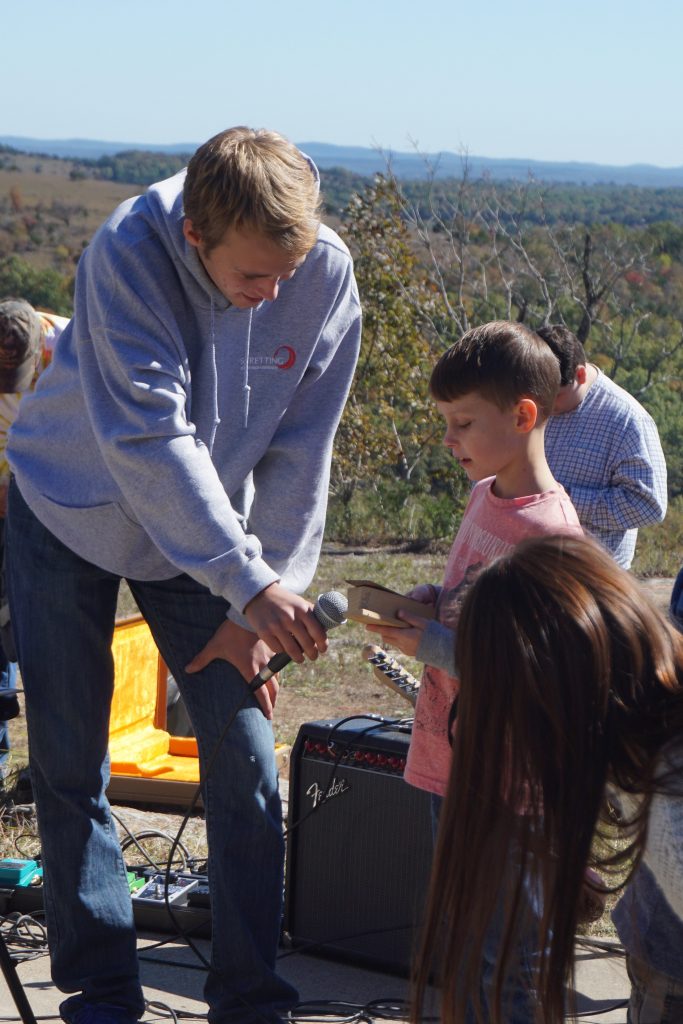 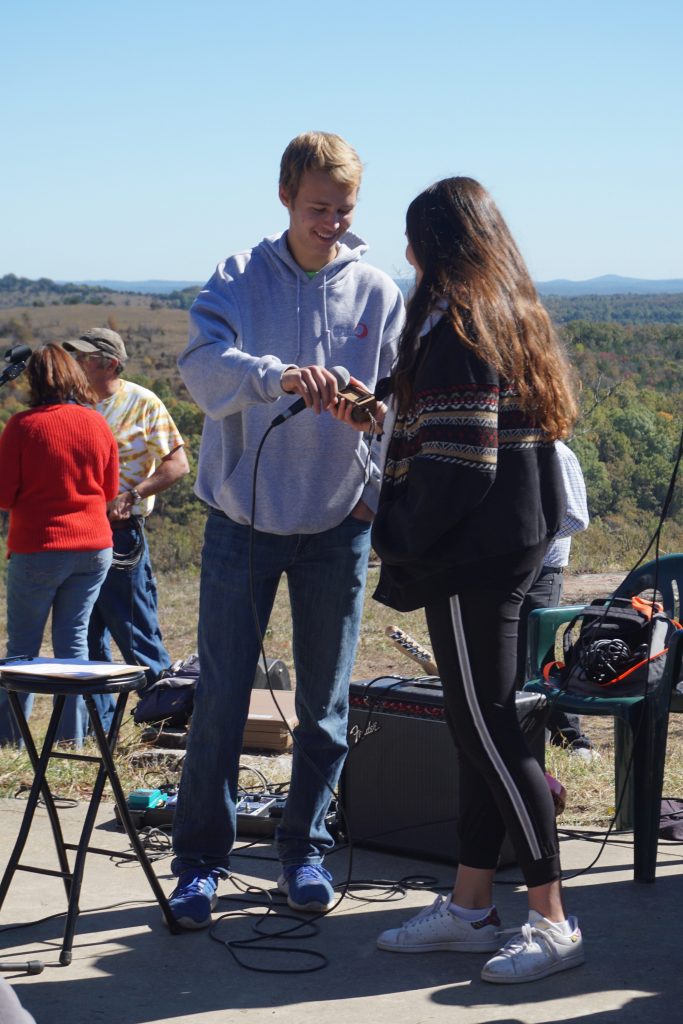 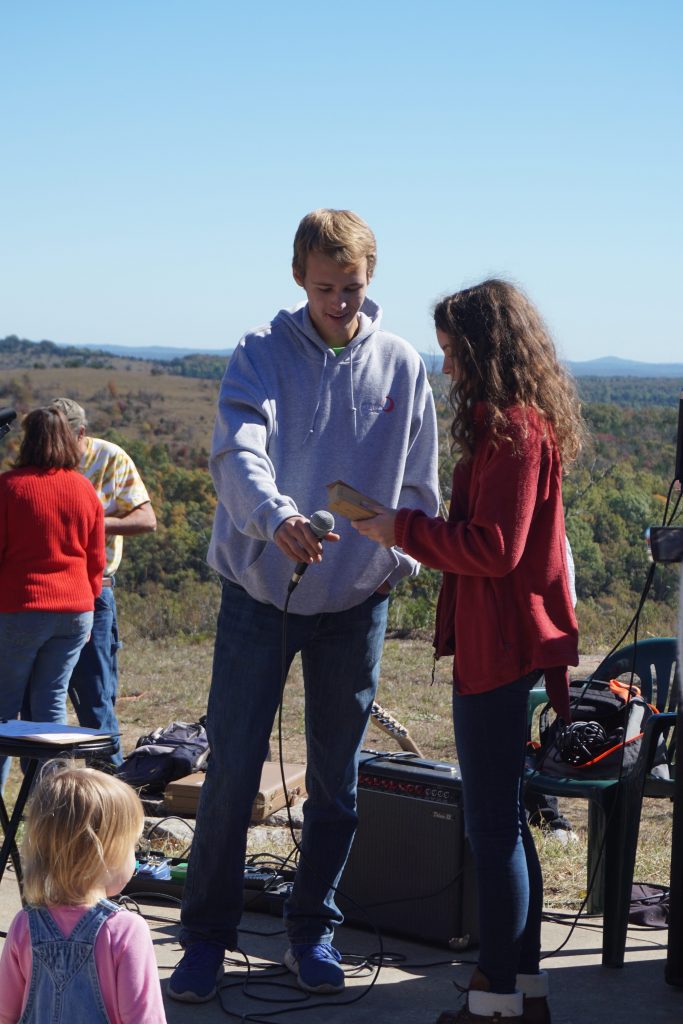 The Glade Top Trail turkey calling contest was facilitated by Dwight Emerson, above, and sponsored by Crystal Lake Fisheries. This young gal was one of several who competed in the event. 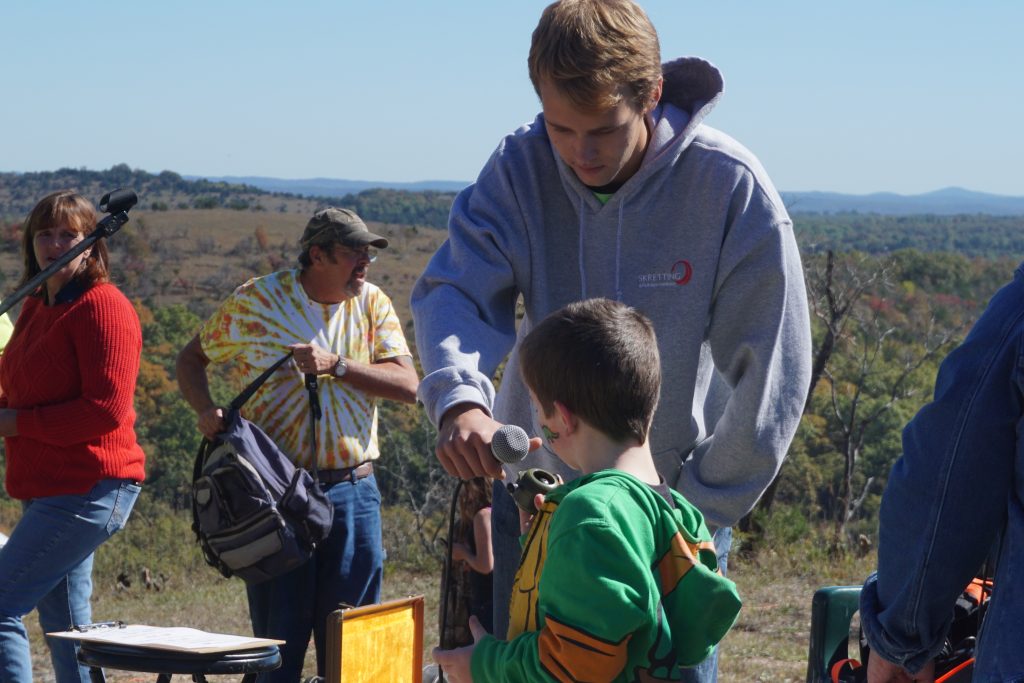 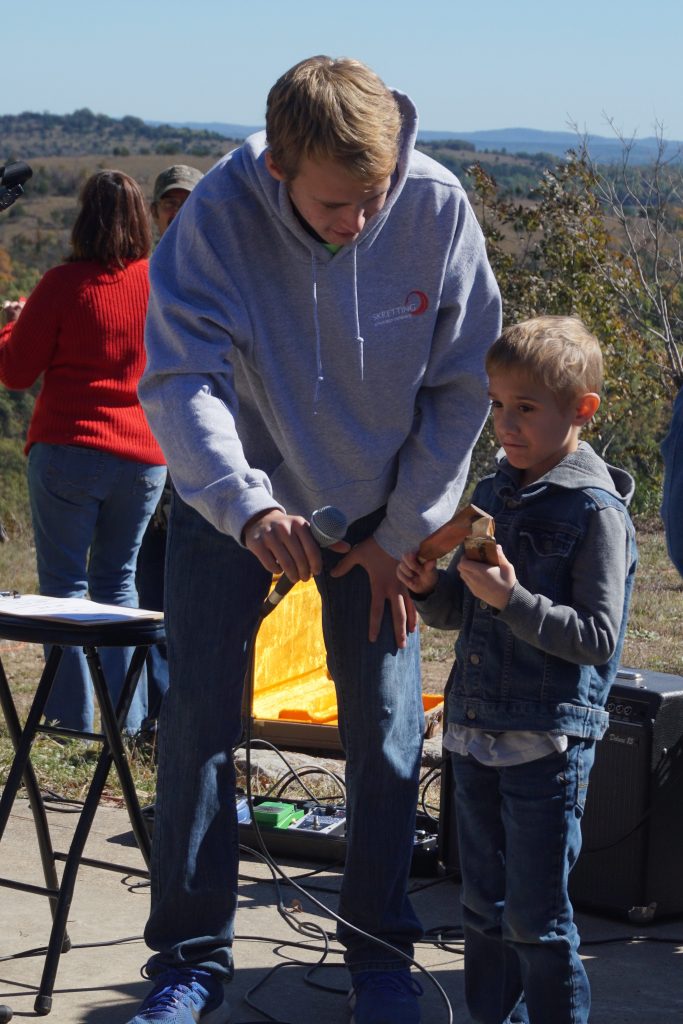 Glade Top Trail Turkey Calling Contest
Two young participants are shown left and below competing in the Turkey Calling Contest held at Caney Picnic grounds on Sunday during the Glade Top Trail. Approximately ten youths participated in the turkey calling competition. Dwight Emerson, shown left and below, was emcee for the contest, and Crystal Lake Fisheries sponsored the event. The winners were selected by audience response, and trophies were awarded to first through fifth place winners