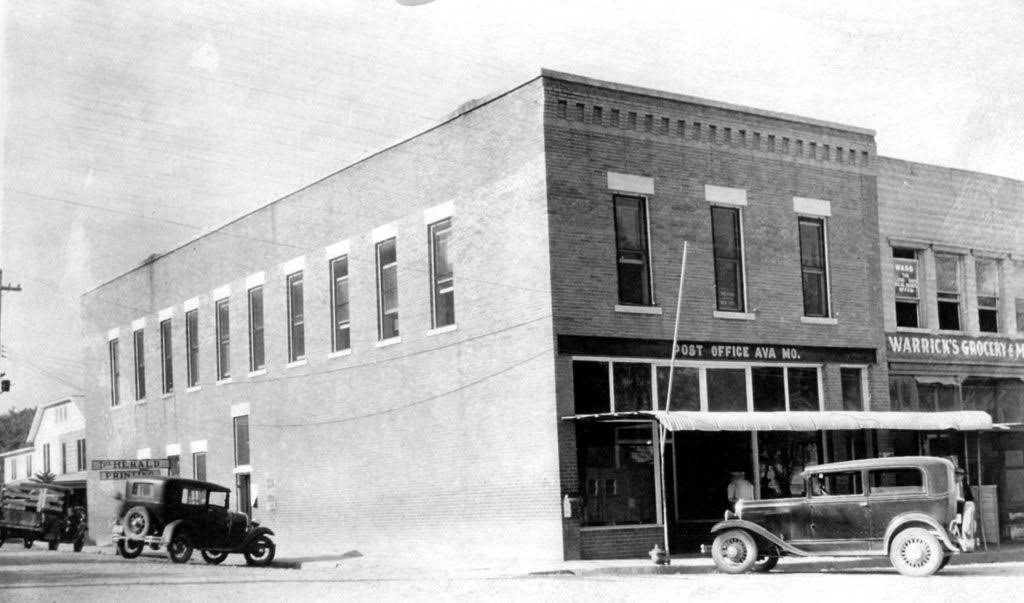 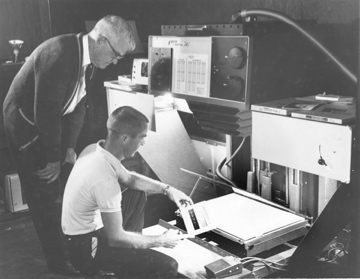 J.E. (Elmer) Curry, left, and Tony Jenkins are shown above learning to use new processing equipment, in March 1967.

The Douglas County Herald is celebrating a birthday anniversary this week, because with this issue, the Herald rolls over into its 133rd year of publication.  To acknowledge this milestone, we are presenting a brief overview of the business history as well as paying tribute to individuals who have been instrumental in the success of our community newspaper.   As we step back in time and revisit many names that have strengthened and supported the newspaper throughout the years, maybe it will spark happy memories for you as well.

Thankfully, the business has changed tremendously since 1887. Today,  print production processes are mostly digital versus the labor intensive, multi-day process of the one-page,  single bed printing press.  In the good old days ink impressions were powered by a massive screw and pull bar, one page at a time.

The dissemination of news has changed greatly as well.  Today it is immediate and timely, and politically correct, which may or may not be a good thing.  In contrast, during earlier years –– news stories were descriptively blunt, likely biased, and sometimes, viciously raw.  In today’s world, those stories would be true fodder for a lawsuit.

The Douglas County Herald was established by G. J. Root and H. E. Frink, as editors and publishers, in 1887.  Soon thereafter, however, the newspaper became the property of George B. Waters and J. K. Bulger, with Bulger taking the position of manager and editor, until he sold the business to Waters in July 1889.  Waters took the helm and served as editor and publisher until November 1894 when the paper sold to Ben Smith, who came to Ava from Kansas to run the business.

In 1906, Frank J. Davis bought a half interest in the business and for three years Smith and Davis were publishers of the Herald.

Mr. Smith retired on Aug. 5, 1909 and the paper was sold to O. M. Osborne and R.F. Jenkins, who was also circuit clerk of Douglas County.  Osborne served as editor and publisher until Jan. 10, 1910 when he sold his interest to I. T. Curry, who then became editor.

I. T. Curry was the elder brother of Elmer (J.E.) Curry, and Elmer first began his newspaper career in 1912 after graduating from Ava High School.  Elmer worked at the newspaper office for one year prior to entering the University of Missouri, but after running out of money for tuition, Elmer left the university to become a partner with his brother.  He assumed the position of editor and publisher of the Herald September 9, 1915.

Earlier that year, the Herald took over another area publication called the Douglas County Advance, a publication edited by O. B. Davis.  Davis served as editor until J.E. took over in 1915.

In December 1936, David E. Joslyn became associate editor, and Ray Royce, advertising manager. Both men had been employees of the Herald staff for some time.

In 1946, James E. Curry, Jr. joined his father in ownership of the company when he bought the interests of his uncle, I.T. Curry.

Joslyn resigned his position as associate editor to enter military service in World War II.  He was succeeded by Ray Royce who stayed until February 1952, when he resigned to become editor of the Aurora Advertiser, a daily paper in Aurora, Mo.

Robert E. Bowles, a longtime employee of the Herald, stepped in to fill Joslyn’s position as editor, and he served in that capacity until September 1964, when he was succeeded by Charles E. Cagle as editor and part owner.

Cagle served as editor for six years until 1970 when he was succeeded by Mitch Fritchey as manager, news editor and part owner.  Tony Jenkins also became part owner at this time.

Fritchey served until 1972 when he turn the reins over to Tony Jenkins who became managing editor, and Lafe Plumb was named news editor.  In May 1973, Plumb resigned to manage the Mountain Grove Journal, and Glen Dale Hartley stepped in as news editor.

In the spring of 1976, Keith Moore, who had been employed at the Herald since 1969, was named news editor to succeed Hartley.

After nearly 49 years of service to the business, Moore retired this year in March.

In January 1969, Elmer Curry, who had been publisher of the Herald for 54 years, retired and his son, James E. Curry, an Ava attorney who had been a partner since 1946, became publisher. 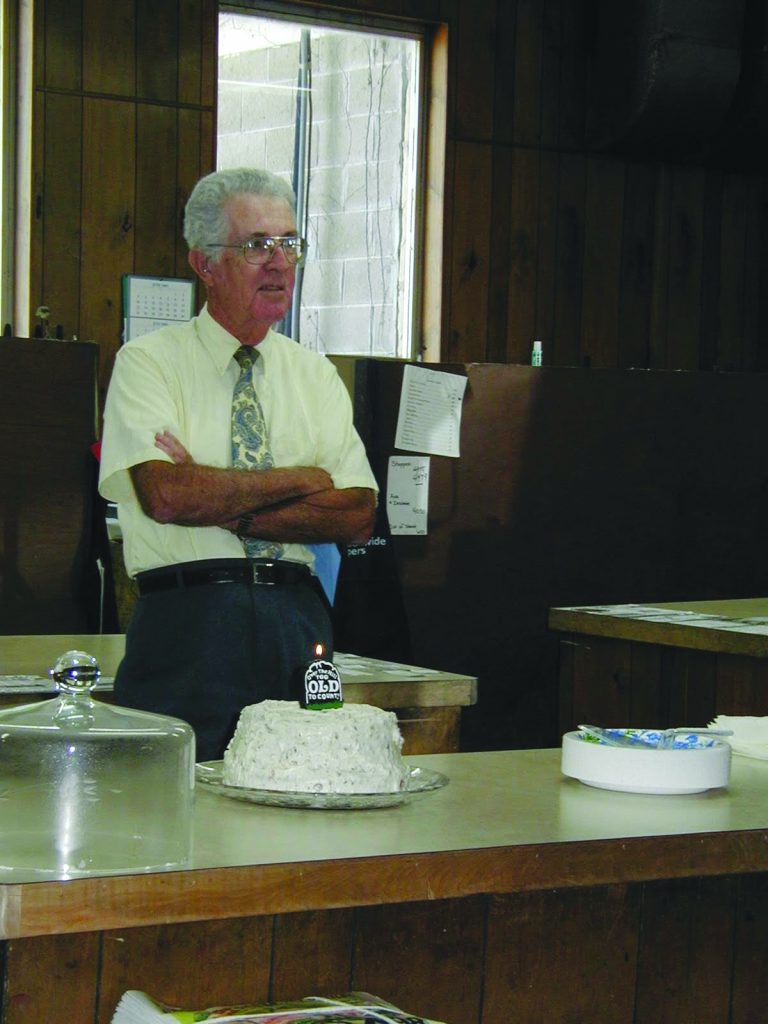 Tony Jenkins, an employee of the Douglas County Herald for more than 40 years, retired in 1995, and with his retirement, Keith Moore became managing editor and part owner in the business.  However, it must be noted that even in retirement, Tony continued to be an integral part of the staff as each Wednesday, on newspaper production day, Tony would come to work and assist in laying out the newspaper.  Tony passed away in June 2016.

In 2002, Sue Curry Jones joined the firm as news editor and part owner, and in January 2013, upon the death of her father, Jones became publisher.  Her sisters, Penny Loftin and Carol Curry, also became stockholders 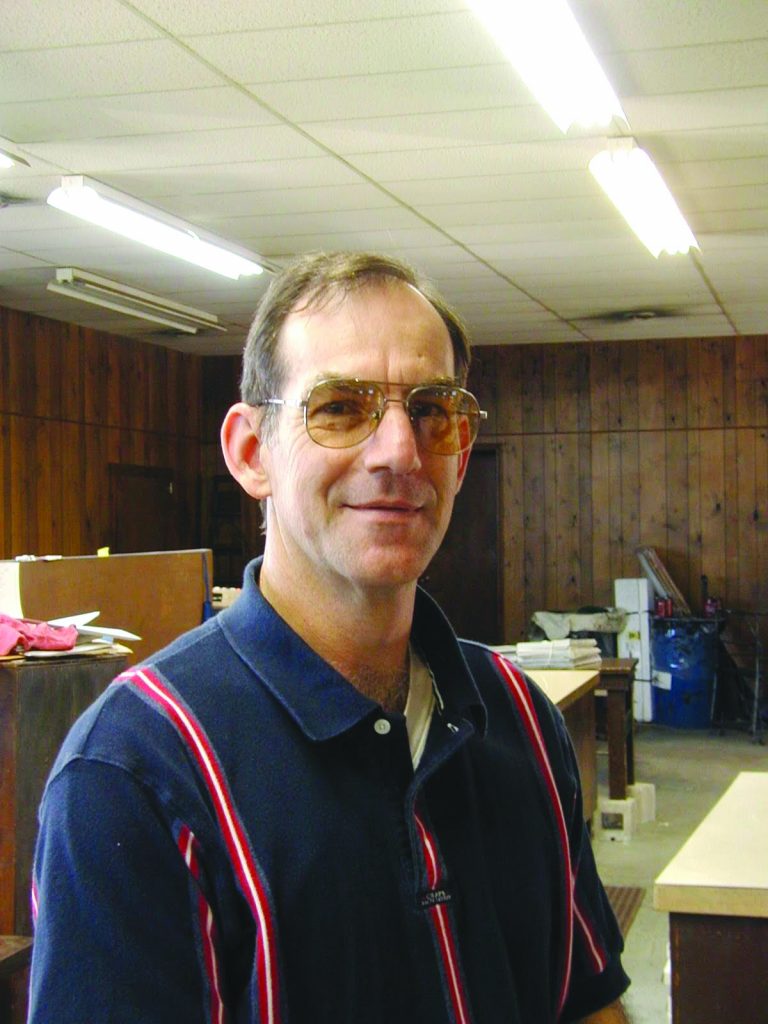 Many years ago, the Herald had a society reporter, a job initially held by Mrs. Maude Davis.  In 1929, Mrs. Lena McClendon assumed the position, and Lena reported on all social events held in Douglas County, for 41 years.

Lena retired in 1970, and after her retirement, the position was held by Delores Crain, Shirley Bogue, Barbara Cook, Fay Huffman and Beulah Gentry.  The society editor position was retired in the mid-1990s, upon the resignation of Miss Gentry.

In August 1965, the Herald moved to its present location at 302 East Washington Avenue, one block east of the Ava square on Missouri Highway 14.  A building previously occupied by Reid Implement Co.

During the fall of 1982, the Herald building was damaged in an electrical fire, and even though the damage was severe, the newspaper staff continued to publish a weekly edition of newspaper, with the help of a neighboring paper and their press. This arrangement continued until the building was completely repaired many months later.

In April 2014, devastation struck again when several buildings in downtown Ava were damaged by tornadic winds, and once again, the Herald building was severely hit. However, fallout from the damage was short-lived as local volunteers and staff members readily pitched in to help with the clean up. Many worked tirelessly to dispose of the destruction debris, making the office environment safe again.  Glass shards were cleaned out of the large press and print area. The building and warehouse roofs were tarped and covered. Windows were boarded up.  And, all the while staff members continued to pull together to produce a newspaper on deadline, without missing an issue.

In 2016, the building received a new face, with a more modern look.

The Douglas County Herald is hosting a drop-in celebration on Thursday (today) at our office, 302 East Washington Avenue, in Ava, from 10:00 a.m. to 12 noon.  Please reminisce with us, bring along a favorite story or memory, and drop by to enjoy a cup of coffee and cookies.  Help us celebrate a notable occasion.