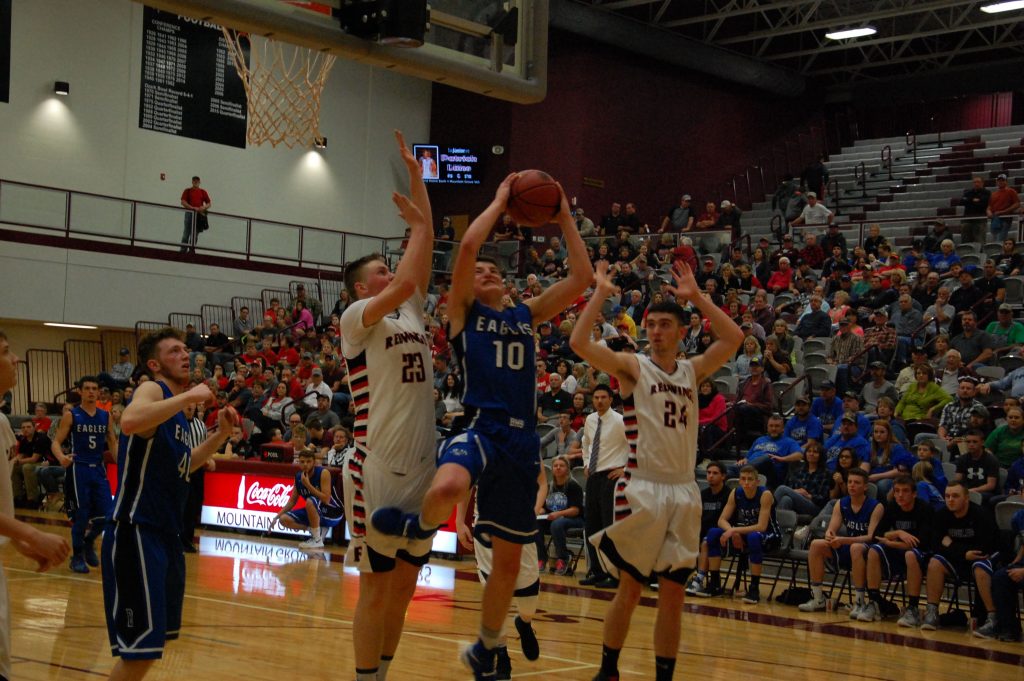 The Bradleyville Eagles defeated Dora, 77-44, at Bakersfield last Friday night to take the championship of the Class 1 District 4 basketball tournament.

The win allowed the Eagles to advance to the state sectional game at Mtn. Grove on Tuesday night where they would face the Eminence Redwings. There, Bradleyville saw its season end, as Eminence took the win, 75-69.

Three Bradleyville senior starters fouled out, yet the Eagles were able to stay within striking distance.

Bradleyville led most of the contest but once Eminence got the lead free throw shooting kept them in the game. Numerous times down the stretch in the final minutes of the game, Bradleyville would pull within two points only to see the Redwings go to the foul line and increase the margin.

Bradleyville finished the season with a record of 21-8 while Eminence, with no seniors on the roster, improved its record to 20-9.

In the district championship game at Bakersfield last Friday, Bradleyville got off to a slow start, scoring for the first time with 2:10 left in the first quarter. The Eagles trailed Dora 8-5 at the end of the low-scoring first quarter. However, the Bradleyville team warmed up and took charge from there, holding a 30-16 advantage at halftime.

Bradleyville’s Lady Eagles also advanced to the championship game of the Class 1 District 4 tournament but lost to Couch on Thursday night to end their season at 20-5. 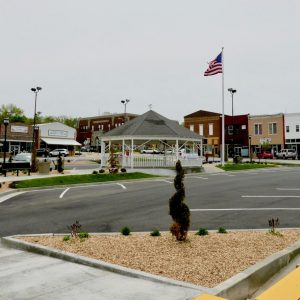