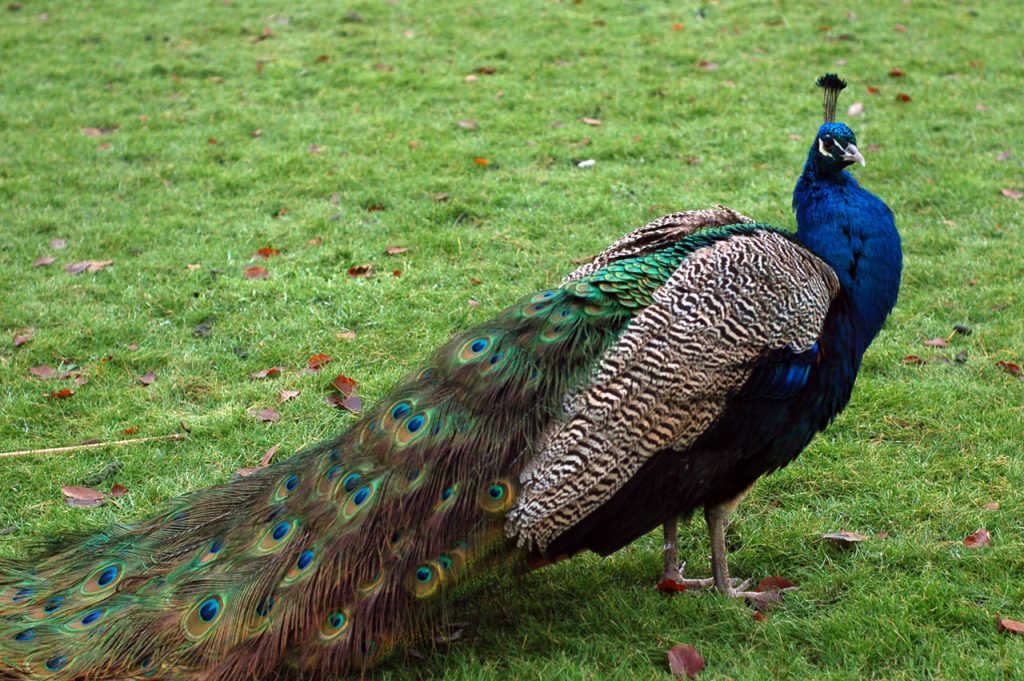 For nearly three years, the resolute perseverance and  caw-cawing of a neighborhood peacock has wafted through the southeast section of town, near water tower hill.  Wandering far from home, the peacock came to town and found a new roosting spot at the residence of Gerald and Pat Nall on SE 5th Street, and every mating season thereafter, residents could hear his lonely call.  Originally, the peacock came to the Ava area with Judy Curry, and resided near Hunter Creek, as a pet.  Judy affectionately named the peacock George; however, her husband Ronnie had other names for the bird.  But, after the Nalls took George in, they re-named him “Mr. P.”  According to witnesses, the peacock traveled to Ava via FF Highway, and upon becoming friends with the Nalls’ cats, he settled in to a new routine and quickly became a notable character in the neighborhood.  Mr. P was only 10-years-old and typically, peacocks have a life span of 20-25 years.  Last week, Mr. P was found dead in the neighborhood –– his natural beauty and caw-cawing will be greatly missed by many.