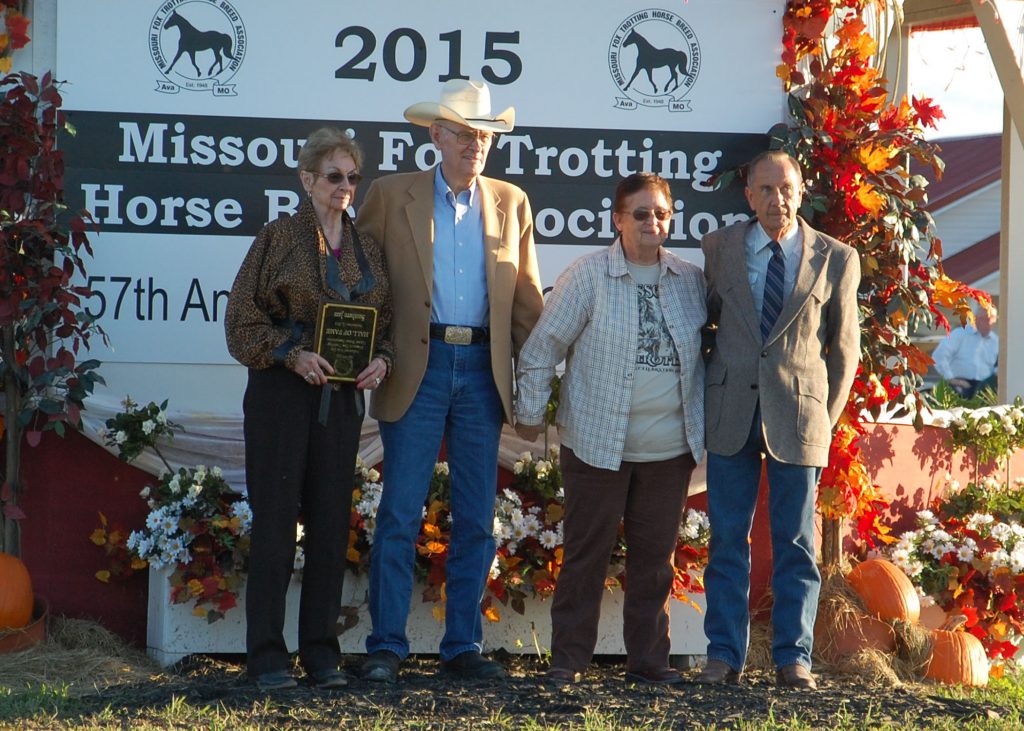 Southern Jazz who sired a popular line of champion Missouri Fox Trotters while standing at stud at the Donald Cunningham farm north of Ava, was inducted into the MFTHBA Hall of Fame on Sept. 12, during the Show and Celebration here.

Southern Jazz was not only a show horse but was a “breeding stallion” that passed natural ability, rhythm, conformation and gentleness to his foals.

At the age of 2, he was bought by Curtice and Cathy Williams; in 1992 Donald and Carol Cunningham became owners with the Williamses, so he was parented by Hall of Fame parents.

Southern Jazz was selected as one of four horses to represent the breed at the National Denver Livestock Show along with Missouri Missy C, Boxcar Willie and Rex’s Golden Touch.

Southern Jazz suffered a broken rear leg in November 1989. The Williamses brought Jazz to Donald and Carol Cunningham for his long, time consuming recovery. Once Jazz was healthy again, he went back to stand stud.

He sired approximately 300 registered foals, one of which, Southern Sunrise, is already in the equine Hall of Fame. Out of his first two foal crops, his progeny won the 1990 and 1991 Mid-America 2-year old futurities.

Jerry and Gwen Glaze purchased Southern Jazz in 1997. He lived with the Glazes and bred many more mares until his death. He is buried on the Glaze farm in Arkansas.