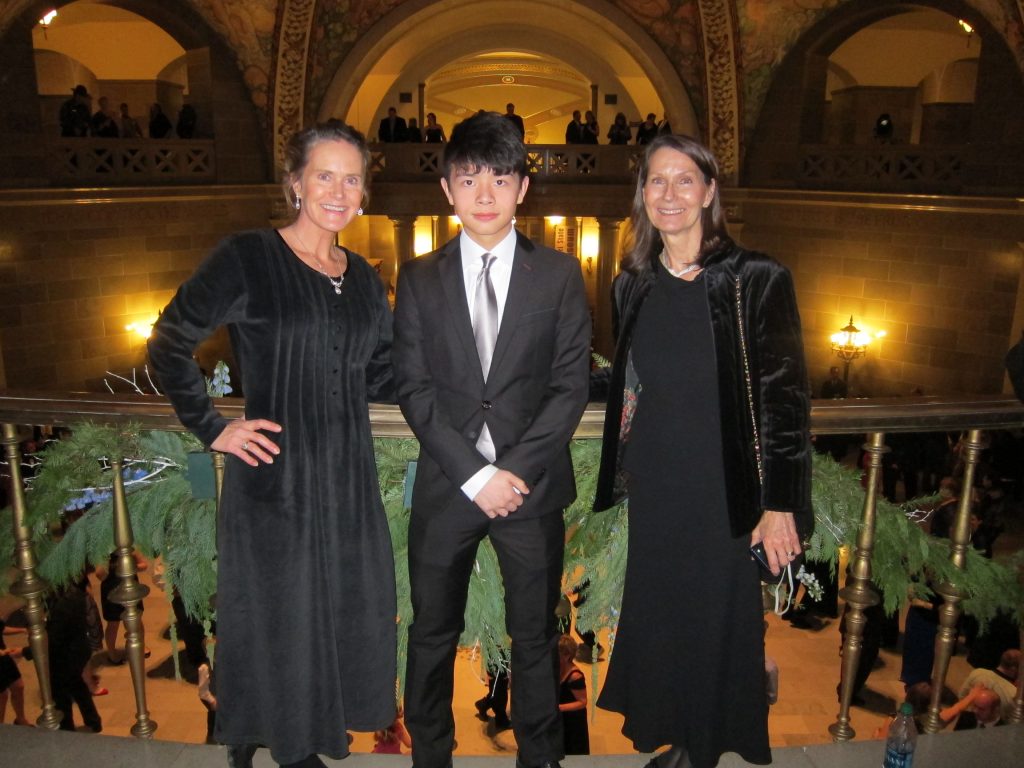 From left are Ellie Greek, Wallace Lau and Peggy Charchol.

Wallace Lau, a foreign exchange student from Hong Kong, joined two members of the Douglas County Republican Women’s Club to attend the Legislative Ball at the Missouri Capitol in Jefferson City.
The ball was in the evening on Jan. 7, in the main rotunda where a live band played and dancing took place.  All of the state senators and representatives attended and had their offices open for visitors and to offer food samples.
Food choices included everything from sandwiches to roasted elk, cordon bleu, and gourmet Chinese food. Wallace met and visited with Senator Mike Cunningham, senator for the 33rd District.
After sampling the delicious foods, they took a self-guided tour of the Capitol including the House of Representative’s assembly room, the Thomas Hart Benton murals, other paintings throughout the Capitol, and the various displays of the history and life in Missouri.