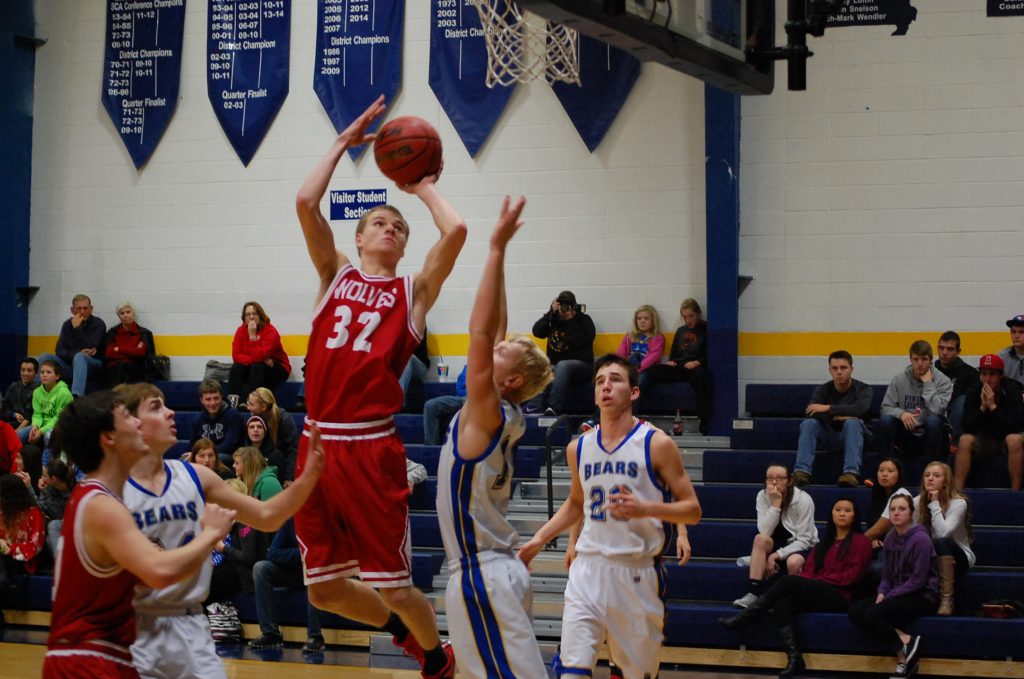 The Ava Bears staged a strong reversal, recovering from an 11-point second-quarter deficit to lead by three points at halftime here last Friday night.
The Bears maintained that three-point lead after three quarters of play, but it was Reeds Spring that would make the shots and take the win, 54-48.
The Bears rallied back in the second quarter to tie the game with 20 seconds left in the first half, then took the lead, 31-28, on a three-point basket by Chase Gastineau with 10 seconds on the clock.
Each team scored 10 points in the third quarter to maintain the three-point margin heading into the final period.
Down the stretch, the Wolves made their free throws in the fourth quarter to pull ahead and ultimately win the game.
The Bears will enjoy a brief Christmas holiday but will be back on the court Friday morning at 11 a.m., facing top-seed Ozark in the Gold Division of the Springfield Blue and Gold Tournament. The first round game will be played in the Missouri State’s JQH Arena.
Ava’s next game in the Blue and Gold will be at 5 o’clock Saturday. Winners will play in the JQH and losing teams in the first round will play in Hammons Student Center. Ava’s second-round opponent will be either Branson (8) or Springfield Greenwood.