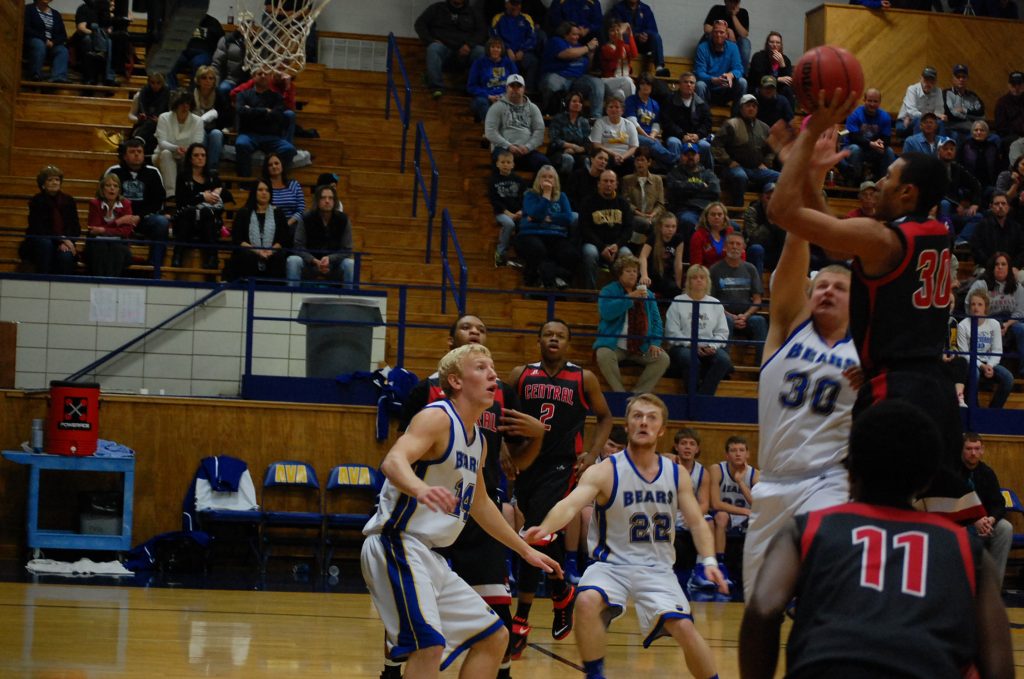 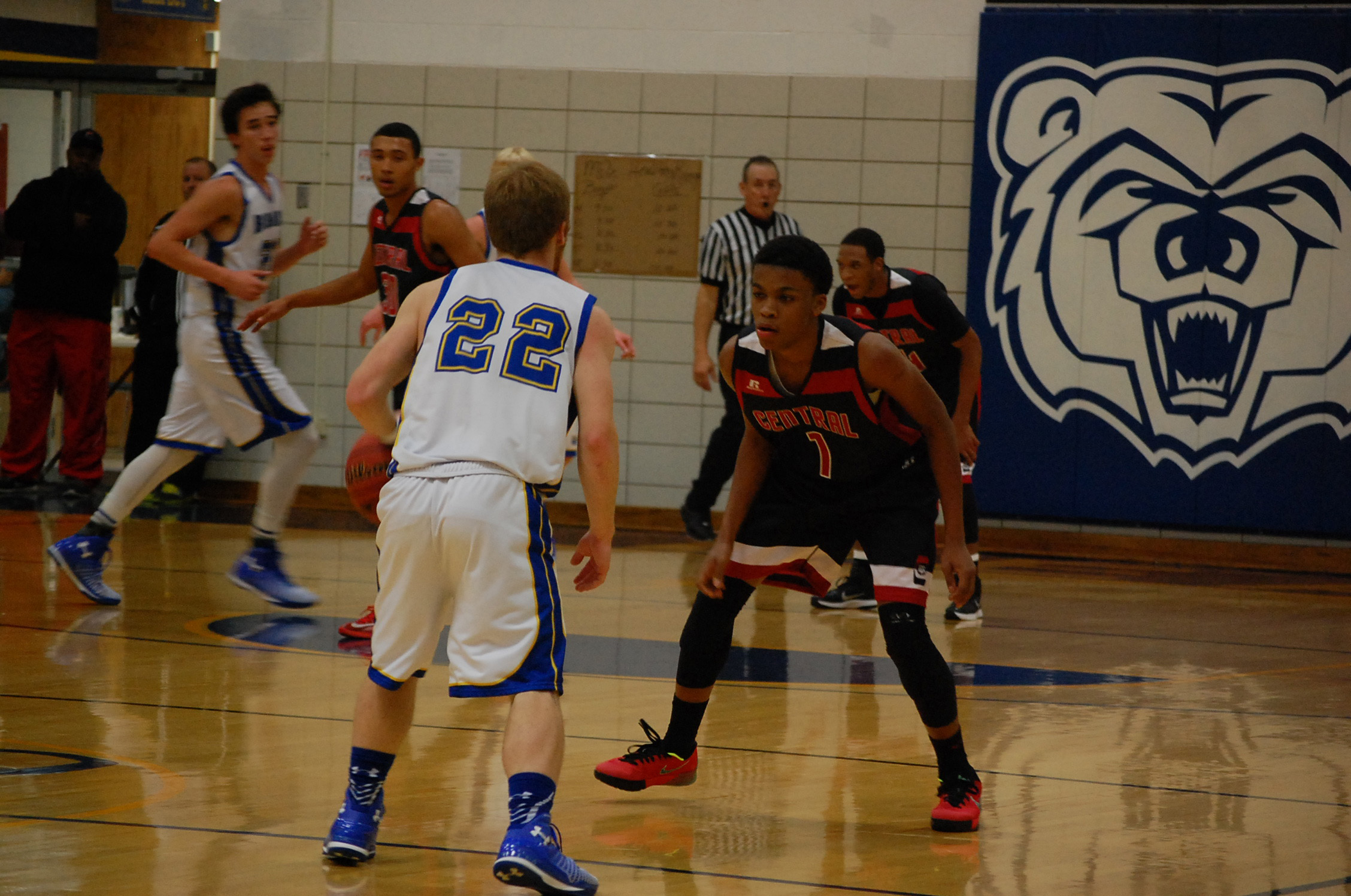 The Ava Bears opened the 2014-15 basketball season with a win on the home floor Tuesday night, Nov. 25, over Seymour.
On Tuesday this week the Bears were back on the court after the Thanksgiving holiday and lost 54-46 to the Bulldogs of Springfield Central.
The Bears claimed a 55-51 win over Seymour.
The game was tied at 31-all at the half and each team scored 11 points in the third period to enter the final period neck and neck.
The Bears were able to pull away in the end, however, to win by a narrow 4-point margin.
Chase Gastineau led the Bears with 20 points, and 6-foot-5 sophomore Anthony Rosas scored 14 of his 16 points in the second half to boost the Bears.
Others scoring for Ava were Colton Skyles 7, Shannon Porter 6, Zach Hunsaker 3, John Luebbering 2 and Nate Bray 1.
Cy Yates had 15 points to lead Seymour.
Rosas sank 21 points for the Bears on the home floor Tuesday night, in a physical and fast-paced game that went to the Bulldogs, 54-46.
Gastineau added 10 points for the Bears which were 7-of-10 from the line.
Isaiah Holyfield led Central with 15 points and D’Angelo Bedell added 13. Bradley Hardin was also in double figures for the Bulldogs with 10 points.
Others scoring for Ava were Luebbering 4, Porter 4, Skyles 2, Bray 2, Hunsaker 2 and Morgan Smith 1.
Next week both the Bears and Lady Bears will be in tournament action.
The Bears will enter the Mansfield Invitational as the No. 4 seed and will play Norwood at 7:30 Monday night.
The Lady Bears are seeded sixth in the Cabool Lady Bulldogs Tournament and will play Salem in first-round action at 8:30 Monday.
Semifinals in both tournaments will be on Thursday with finals on Saturday.