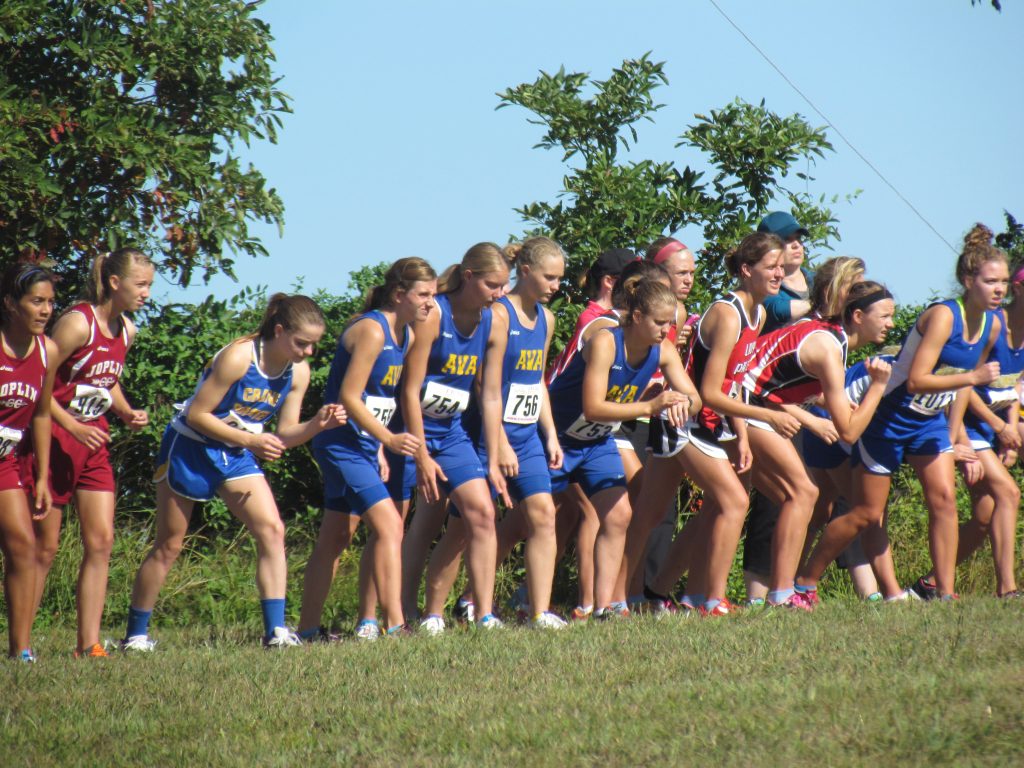 The girls on the starting line at Missouri Southern's cross country "Stampede" on Saturday, Sept. 21. 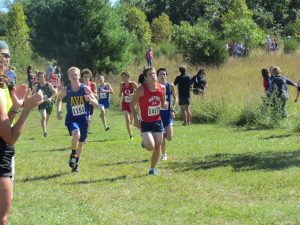 The Ava cross country team ran Saturday, Sept. 21, in the prestigious “Southern Stampede” on the campus of Missouri Southern State University, Joplin.
Forty-six schools from a four state area attended the meet.  Celebrating its 25th year, the weather was practically perfect for the 3.1 mile course that is also used to host NAIA regional cross country championships.
The Ava Bears sent nine runners to the starting line, competing in both the boys’ and girls’ varsity races.  Nine runners came across the finish line with all nine posting career personal records (PR’s).
Four girls set the pace for the day and for personal PR’s. Kayla Cooper raced in a time of 22:47, which is her best by 1 min 28 seconds.
Megan Cooper ran a time of 24:29 bettering her best by  1  minute 45 seconds.  Bailey Ray finished in 24:32, an improvement of 18 seconds and JimiLynn Raybould finished in 25:33 which was 37 seconds faster than her best. 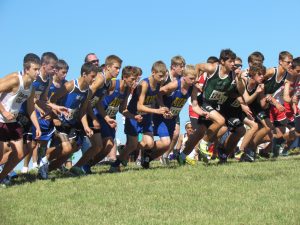 The guys on the starting line at Missouri Southern’s cross country “Stampede” on Saturday, Sept. 21.

In the boys’ varsity race, Caleb Stillings broke a major barrier by finishing in the 16’s with a time of 16:50.  That improved his PR by 49 seconds.  Jordan Dimirsky who has been in the hunt for the 17’s all season succeeded at Southern with a 17:48 His best time by 20 seconds.
Jacob Luebbering dropped his time by 50 seconds to an 18:33. Hayden Schuster got his career PR by 1 second but his best time of this season by 1 min and 5 seconds.  Hayden’s time was a 19:43.  John Vineyard, who made the most improvement, was 2 minutes and 3 seconds faster, running a 20:21.
Coach Liz Kyger commented: “The team was just so excited that everyone had their best times of the season and of their careers.  We were due to turn in some fast times with the shift in the weather and having a certified course that was so smooth and well maintained.  It was also a big thrill for all our athletes to get to race with so many runners from a variety of schools from across the Midwest.”