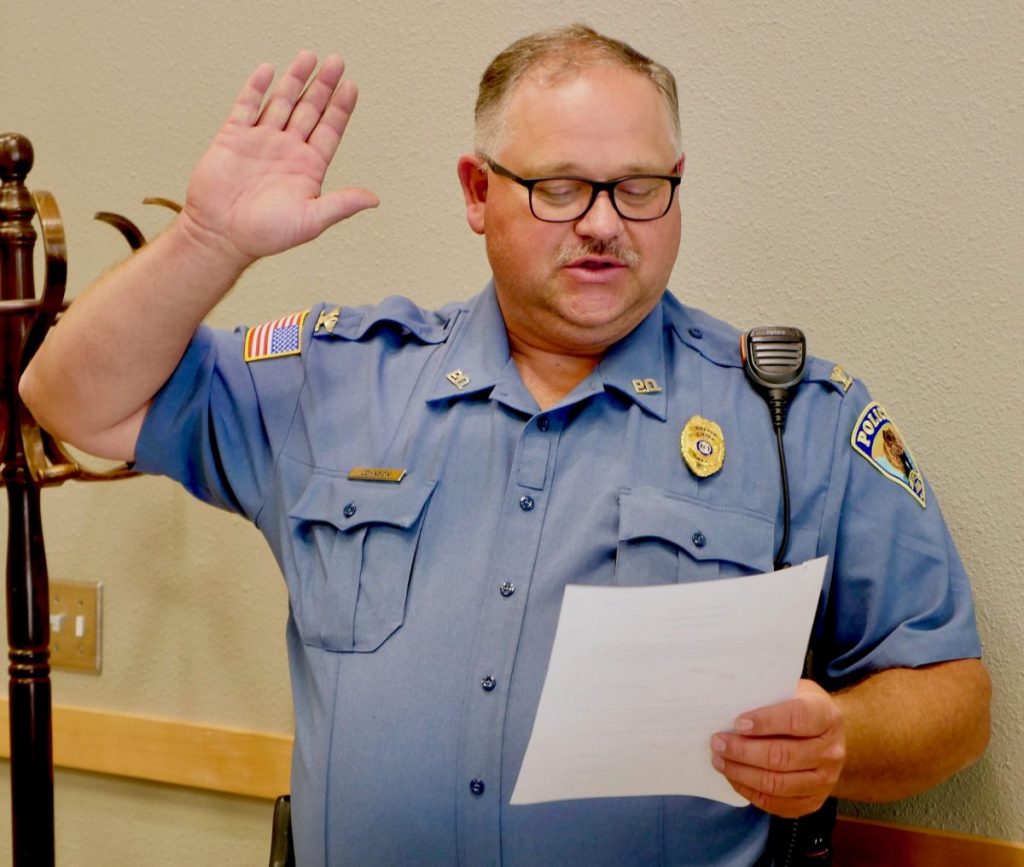 Johnson taking the oath of office.

Johnson would later receive his state law enforcement certification and in October, 1995, he transferred to being a police officer with the department.

Johnson stated that he always had a desire to be involved in law enforcement. He indicated he had worked with the city and rural fire departments.

“While working with the fire department, I thought I’d like to be a cop one day. So the opportunity arose and this is where I’m at today. I always wanted to serve my community. I was born and raised here,” he said.

Johnson stated there are challenges to working in law enforcement in your home town, but over time they work themselves out.

“When I first started in law enforcement in my home town, I got a lot of grief. A lot of my friends kind of turned against me, because I was a cop and I was out here writing tickets. I was actually writing them tickets. It’s hard to be an officer in your home town, but as the years go on things settled. People accept you and it’s been really good. The city’s been great to me. The citizens here, I can’t ask for them to be any better than they have been. They’ve supported the police department and that means a lot,” he said.

Johnson stated there have been challenges when he started in law enforcement that remain today.

Johnson stated that there have also been many satisfying parts of the job.

“At one time we went from a nine man department down to a seven man department and we are a seven man department today. When I took over as chief, I noticed we were having a big turnover, and our biggest turnover problem was pay. So I went to the mayor at that time, and I said we need to get our pay up or we will continue to have this problem with turnover. So we agreed what we would do is go to seven and take two officers pay and use for the other officers to help with pay, and hopefully keep turnover down. And it really helped. At one time we always felt like we were a training facility. We’re competitive now with other cities around us,” he said.

“I put a good strong police department together, I feel like. It’s been an awesome ride in this department. I can’t ask for anything to be any better than what it is. I’m hoping I’m leaving it in good shape with the new guy. He’s going to do an awesome job,” Johnson said.

Johnson stated he has no special plans for his retirement, and he laughs that he has taken another job.

“Believe it or not, I’ve taken another job. I start June 2 at Silver Dollar City. I’ll be a ride operator. I’ve spent 30 years in law enforcement. I tell people I took another job and they say, oh, you took a security job, absolutely not, nothing against my law enforcement family, but I just wanted a break from it,” he said.

He stated that he will be running five different rides for the younger kids.

“I think it will be a lot of fun. I love kids. I’m excited about this,” he stated.

“I can’t stress enough how well the city has treated me. They’ve done a lot for me. I want to thank them for what all they have done. I want to thank my family for supporting me. And I’m going to miss my brothers and sisters in law enforcement,” he said. 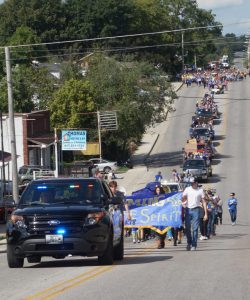 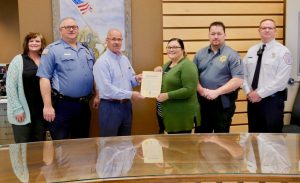 Johnson, second from left, appears in a mayoral proclimation photo.