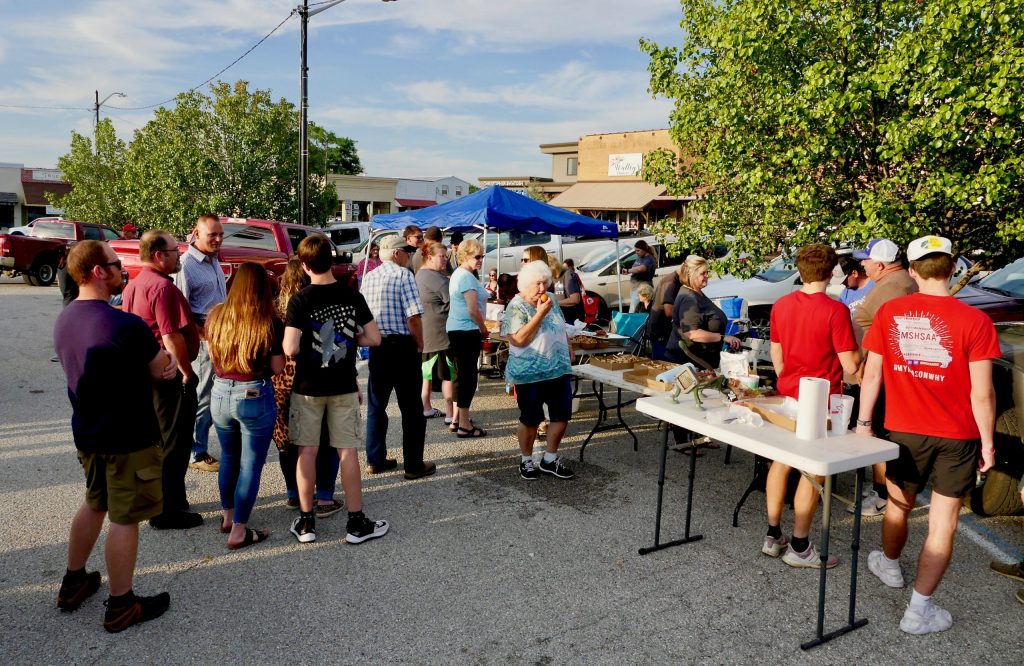 Michael Boyink/Herald Locals line up for food on the Ava Square as election results made their way to the courthouse.

You hear that a lot around Ava.

And they remember election nights when people would gather outside the courthouse to hear election results called out as they came in.

The final election results came in just before 9:00, and even past dark the crowd hadn’t yet fully dissipated. 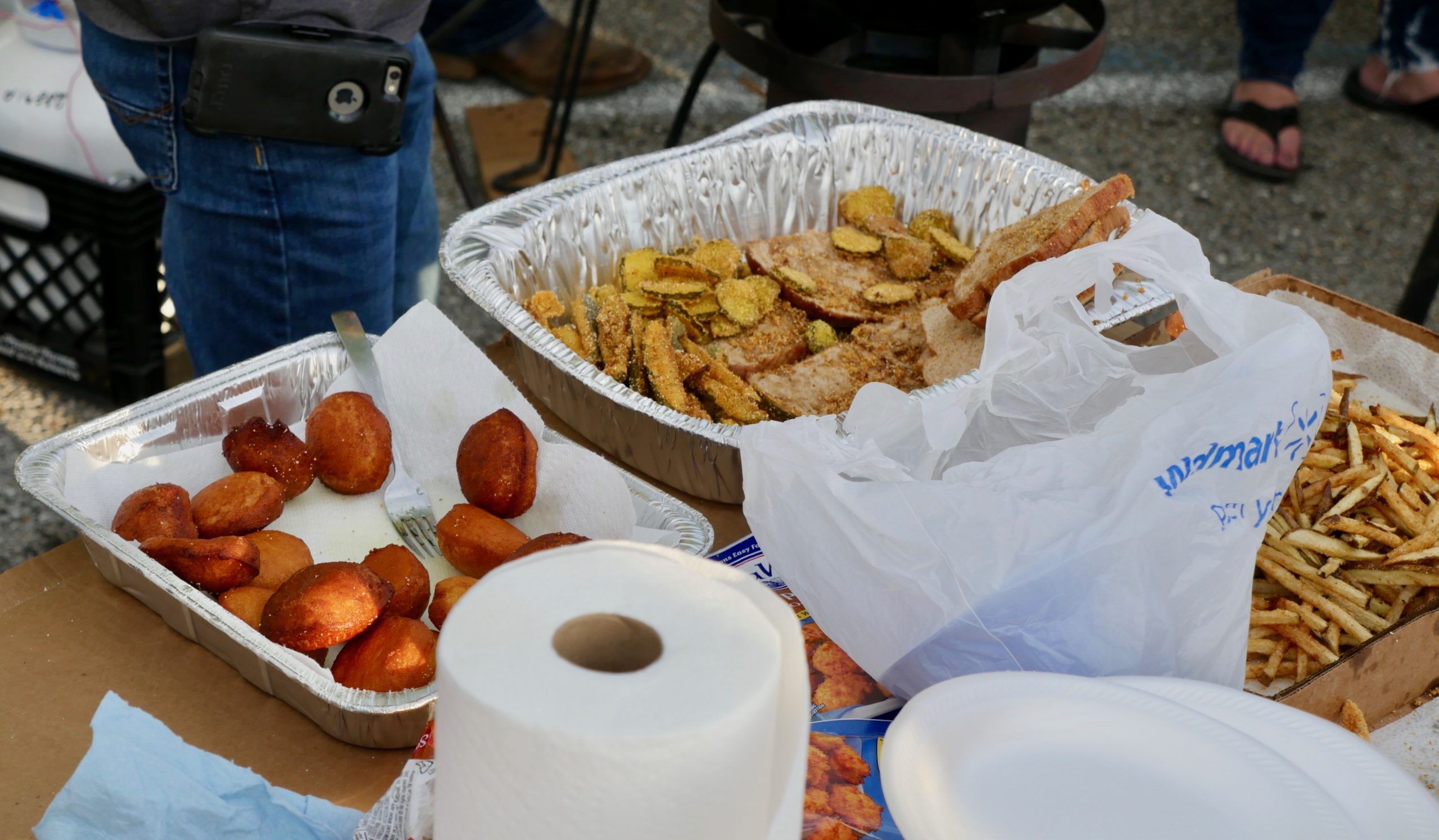 Michael Boyink/Herald
(Above) Hush Puppies and fries were on the menu at one booth. (Below) Free music and photography were offered inside the gazebo. 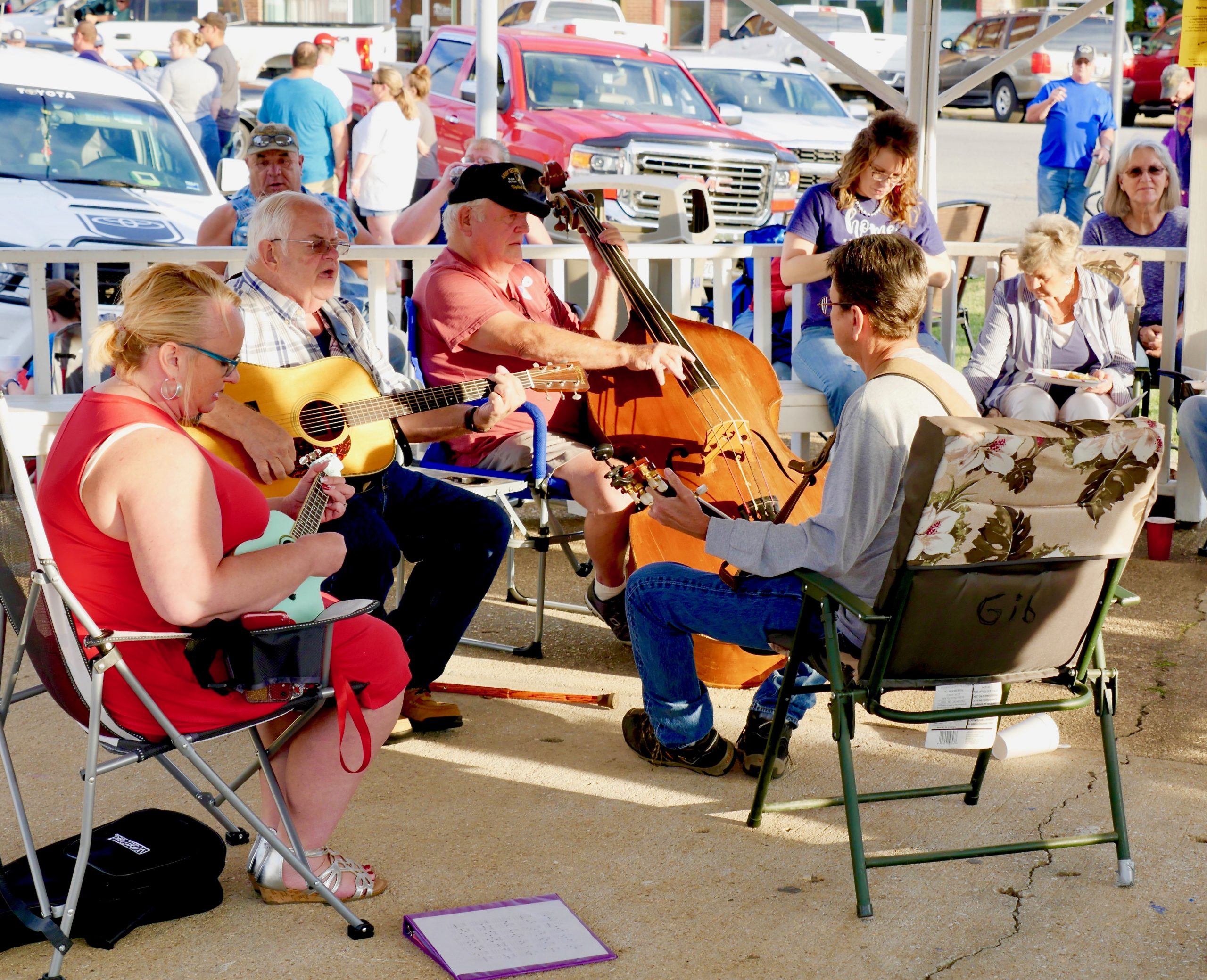 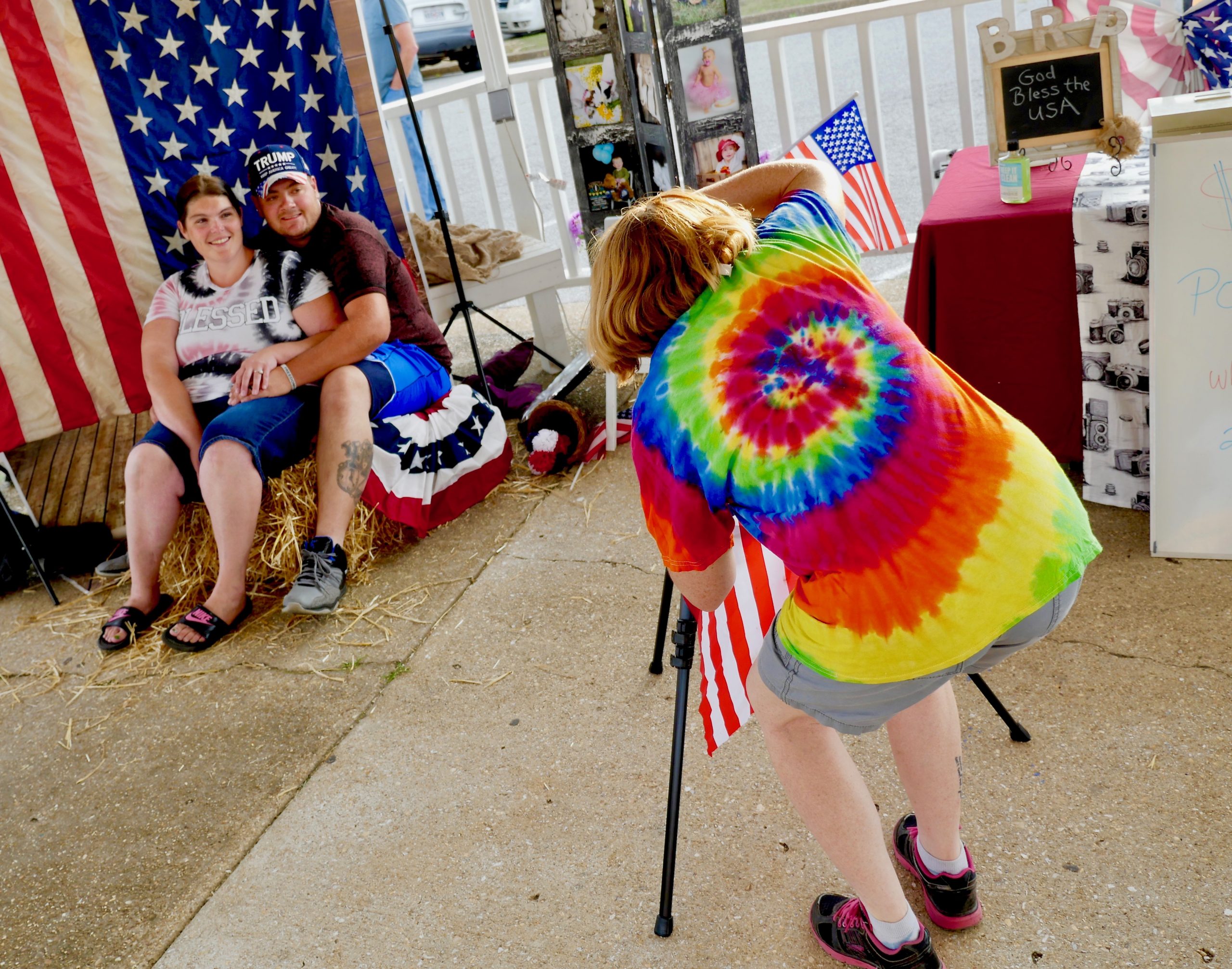