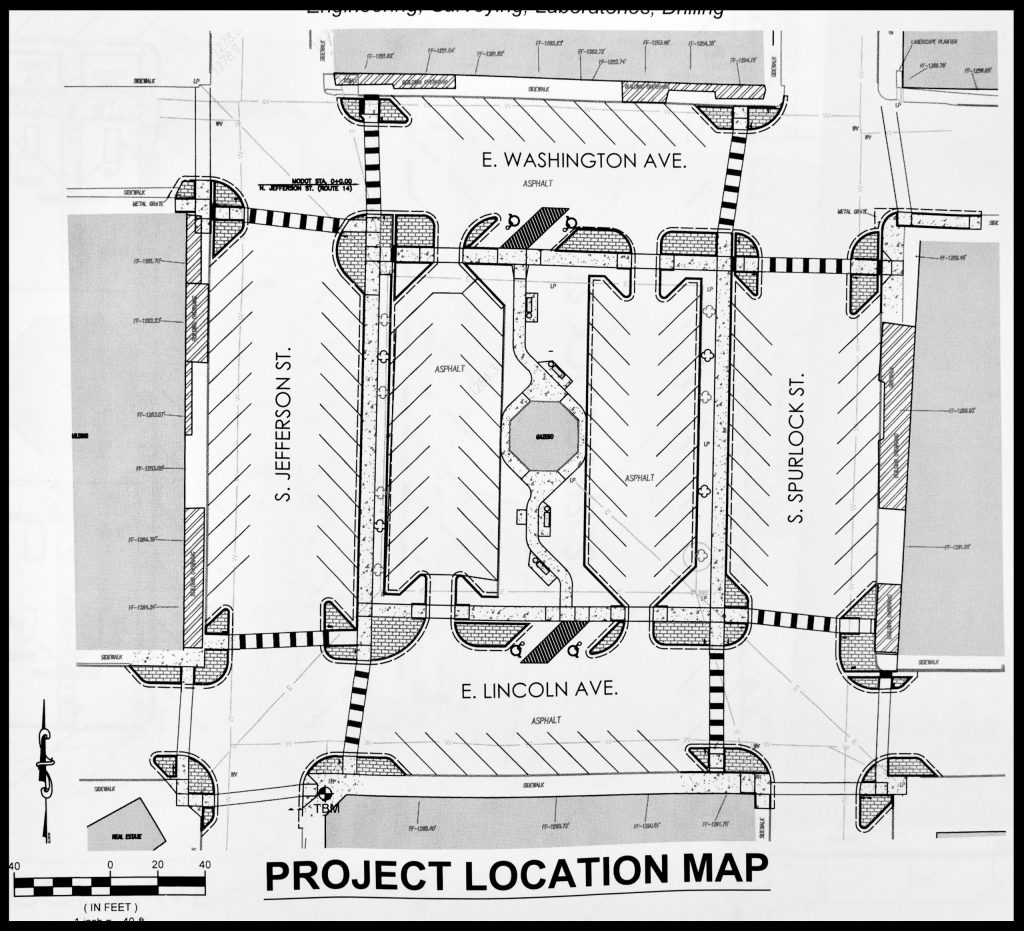 A drawing that shows the upcoming improvements to the Ava Square to make it ADA-compliant. Corners and gazebo get wheelchair access, walkways will be marked.

Look for construction crews on the Ava Square starting in early August.

According to Ava Mayor Burrely Loftin, the Ava Square is overdue for changes to make the space accessible to people who live with disabilities and people without disabilities.

“We’ve been given a grace period, but it’s time to get this done,” said Loftin.

The project is funded by a Community Development Block Grant the city received in 2019.

The grant amount awarded for the project is $466,129, with the City of Ava responsible for providing in-kind contributions totaling $38,155.  The total package of improvements will cost $504,284.

Drawings for the project show:

Impact to the square’s parking capacity will be minimal.

Detailed project plans are available for viewing at City Hall.