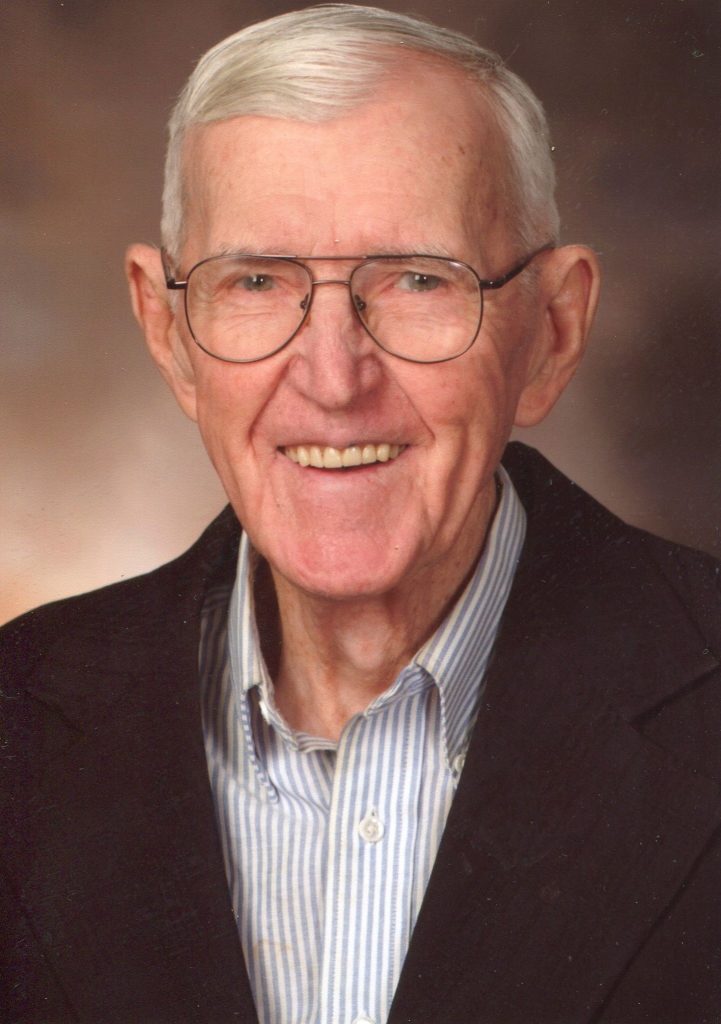 Norman William Hodges, 98, of St. Joseph passed away Sunday, June 21, 2020 at a local health care facility.  He was born December 12, 1921, on the Shipman Farm in Southeastern Christian County, Missouri. He was the first of four children born to Arthur and Florence (Hammons) Hodges. He grew up in Douglas County, and graduated from Ava High School in 1939. He became a soldier during World War II, serving in Belgium, France, and Germany with the 208th Field Artillery Group. He returned from Europe in November, 1945.

Norman bought a farm in Douglas County after the war, but left the farm in 1954 after three years of drought. He never sold the farm, and worked to pay for it and pass it on to his children. He worked at a few different jobs before moving to St. Joseph, Missouri in 1955, where he worked for the F.M. Stamper Company and Dugdale Packing Company. After those plants closed, he finished his working years as an Operating Engineer at St. Luke’s Hospital in Kansas City, Mo. He retired in 1987.

After retirement, he busied himself with crappie fishing, rope making, and storytelling.  He loved to read and could finish a good book in a day. He worked hard to preserve family pictures, taking pictures of family members and copying old ones when he had the chance.

Norman was preceded in death by his wife, Dorothy; his parents; a brother, Delmar B. Hodges, and two sisters, Celesta Stone and Edith Curtis.

Family will receive friends from 5:00 to 7:00 p.m. Thursday, June 25, 2020 at Rupp Funeral Home.  A graveside service and interment will be held at 1:00 p.m. Friday June 26, 2020 at Oldfield Cemetery in Oldfield, Missouri. Memorials are requested to The Missouri Department of Conservation.  Online obituary and condolences at www.ruppfuneral.com.