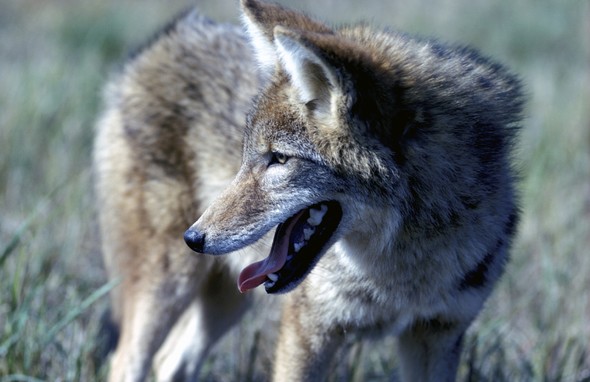 MDC Photo MDC is reviewing regulations on the use of night vision, infrared, thermal imaging, or artificial light to hunt coyotes and control feral hogs on private property.

JEFFERSON CITY –– The Missouri Department of Conservation (MDC) is proposing changes to the Wildlife Code of Missouri regarding coyote hunting and feral hog control. MDC is considering the changes in response to citizen requests to the Regulations Committee to use night vision, infrared, thermal imagery equipment or artificial light to hunt coyotes and from landowners to allow their authorized representatives to use night vision, infrared, or thermal imagery equipment without prior approval from a conservation agent to address damage caused by feral hogs.

The proposed regulations would allow landowners who own property of any size and their authorized representatives to possess, control, and use night vision, infrared, and thermal imagery equipment to kill feral hogs on the landowner’s property while in possession of any implement where wildlife could be killed or taken. Landowners and their representative would be authorized to kill or take feral hogs using these methods without prior approval from a conservation agent throughout the year.

Additionally, the proposal allows properly licensed hunters to use artificial light, night vision, infrared, or thermal imagery equipment in conjunction with other legal hunting methods to pursue and take coyotes from Feb. 1 through March 31.

“MDC proposed this specific time frame to allow these methods for predator hunting based on several factors,” explained MDC Deputy Director of Resource Management Mike Hubbard. “It’s a time when most bucks have shed their antlers, which minimizes the threat of poaching. It also occurs after Jan. 31 when other furbearer seasons have closed, such as badger, bobcat, and fox.”

MDC notes that property owners and their representatives can still use night vision, infrared, thermal imaging equipment, or artificial light to kill coyotes or other wildlife causing property damage at any time of the year with written authorization from a conservation agent.

The Missouri Conservation Commission gave initial approval to the proposed regulation changes during its May 28 meeting. As part of the rulemaking process, MDC is asking for public comment July 2 – 31 at https://short.mdc.mo.gov/Z49. The Commission will then consider input received and make a final decision to approve, amend, or withdraw the changes during its Sept. 4 meeting. If approved, the anticipated effective date of the changes would be Nov. 30.

For more information on nuisance and problem species, visit the MDC website at https://short.mdc.mo.gov/Z5L.