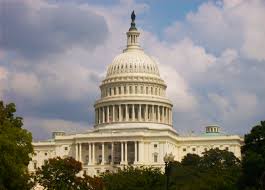 I had expected limited production from Missouri’s 2020 annual session because of the several weeks lost from the extended spring break to avoid COVID-19 exposure.

Indeed, the General Assembly passed just 48 measures — far fewer than in at least one-third of a century.

But they did pass some major issues including a sweeping anti-crime bill, letting you vote without having to stand in potentially infectious poll lines, banning vapor products in public schools, expanding professional license rights and providing cost-free COVID-19 testing.

Republicans who control the legislature had a couple of partisan victories including limits on lawsuit punitive damage awards and putting on the ballot overturning voter approval of Clean Missouri’s state legislative redistricting plan.

But there also were some failures that might have been possible but for the weeks lost because of COVID-19, including college student athlete economic freedom, various health insurance consumer protections, sports gambling and telemarketing restrictions.

Those lost bills are a reminder of how critical the weeks leading up to the final three weeks of a session are in developing compromises and deals that can improve chances of passage.

These legislative successes were enabled by jamming piles of unrelated issues onto the bills into what I’ve termed “bloated whales” that were rushed to passage despite the state Constitution’s requirement that a bill be limited to a single subject.

Adding so many lengthy, unrelated amendments to bills in the closing days left little time for the public and government agencies to voice concerns.

It also left legislators with insufficient time to thoroughly review the amendments.

The Senate learned that lesson when they reversed final passage of a bill in the last week after they discovered the House had snuck in a provision that a Senate critic charged would have restricted electric utility service expansion in rural Missouri.

Many of the last-minute “whale” amendments dealt with stuff pushed by special interests and local communities rather than dealing with issues of statewide importance to average Missourians.

I worry that if there is no legal challenge to these bloated whales, it could encourage both legislators and lobbyists to continue this practice in the future.

A major missed opportunity was laying the groundwork for addressing the long-term issues the state will face from COVID-19.

• Facilitating online learning when public schools close for an extended period because of an epidemic.

• Exploring a comprehensive jobs program for those unemployed from COVID-19 who may not have jobs to which to return.

• Getting a better handle on the potential financial problems of various state and local government funds invested in stocks of falling values.

In the closing weeks of the session, it was impossible for legislators to deal with these kind of issues.

But they could have started by forming joint committees for fall meetings to prepare proposals for next year’s session.

One could argue that would be presumptive since 180 of Missouri’s 197 legislative seats will be on the ballot for the 2021 General Assembly.

But Missouri’s legislature is confronting an historic time for which advance preparation for the returning members could be invaluable.

I do not intend this column to be a blanket criticism of the current year’s legislature’s session.

Beyond that, they were facing tax losses of such unknown magnitude they were forced to pass a budget they knew was unbalanced.

On a personal note, I was impressed at how House and Senate staffers pulled together online access to legislative proceedings which facilitated both news coverage and access by the general public about what was happening.