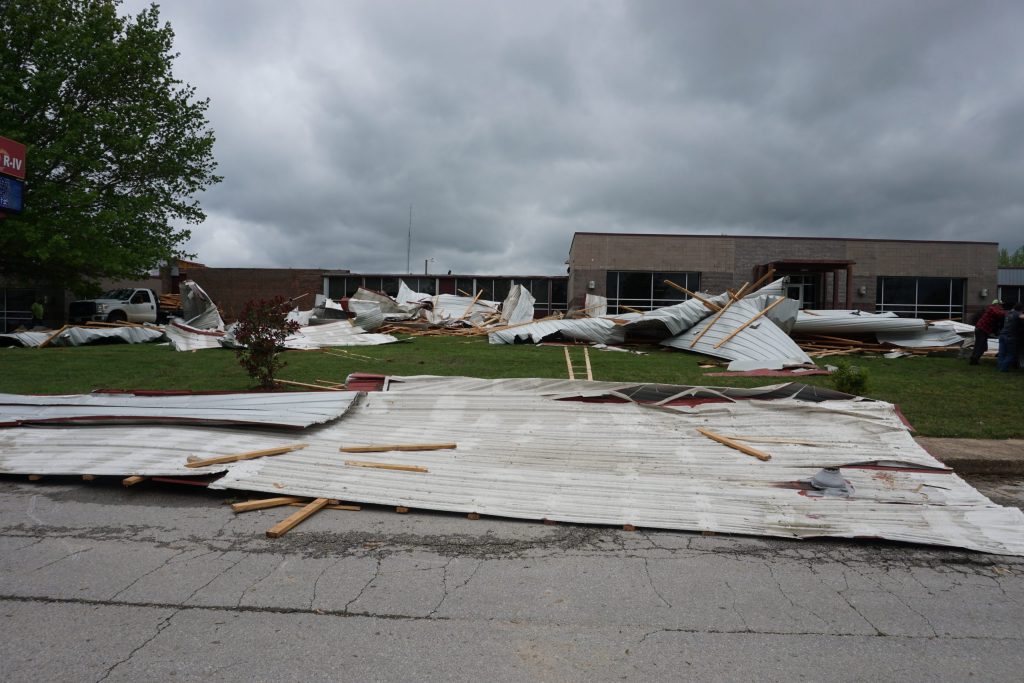 Local volunteers were quick to respond to the Mansfield R-IV campus Tuesday morning to repair and clean-up after high winds hit the area Monday afternoon. According to the workers on site, Mansfield Middle School was hardest hit as the roof was ripped off from the north and laid in front of the school, on the south. Mountain Grove, Seymour and Lebanon also were hard hit by the storm’s damaging winds. 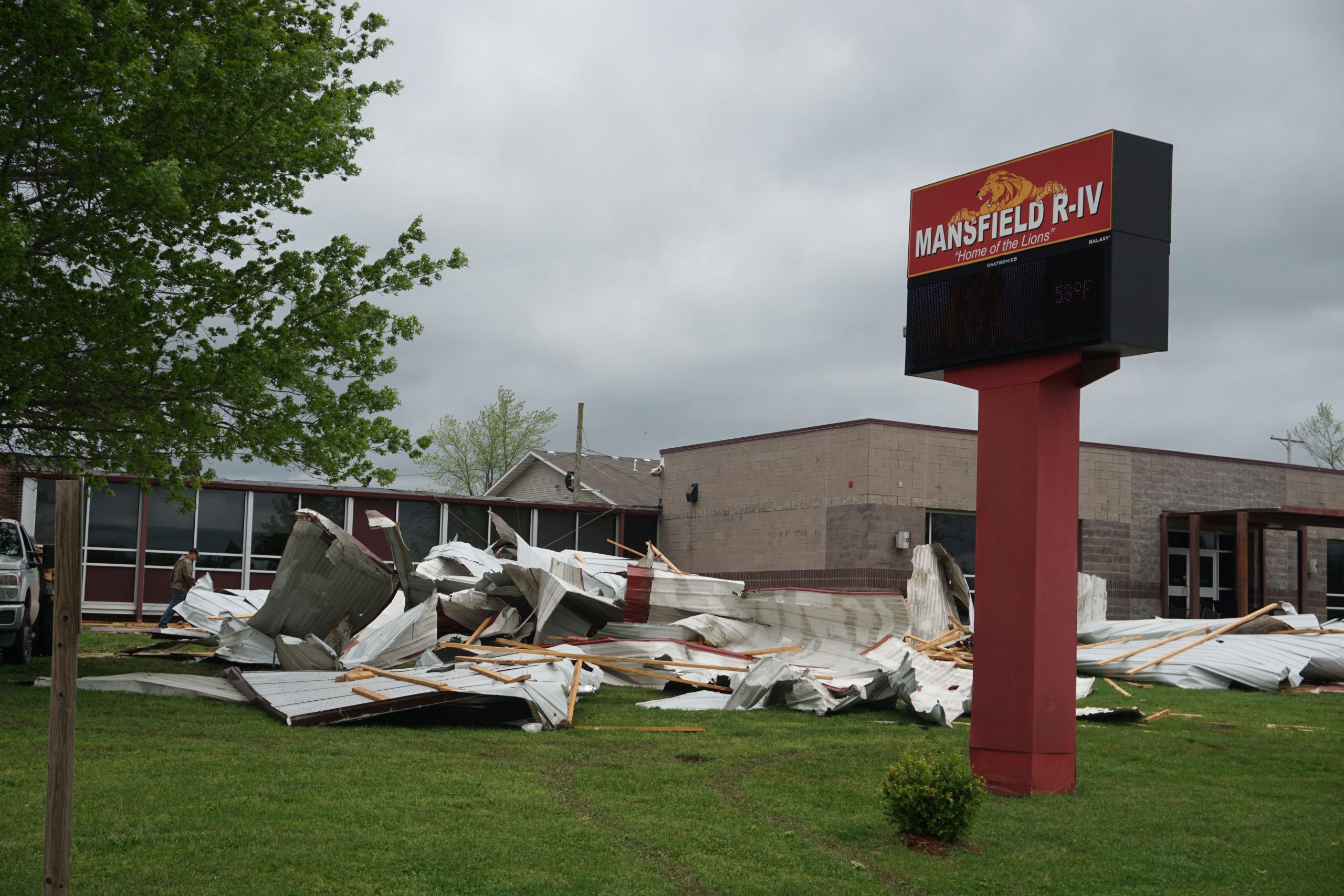