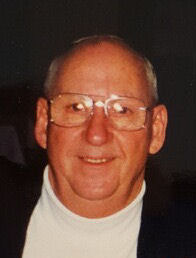 Russell Eugene Heatherly, age 80 of Ozark, Missouri passed away Monday, April 27, 2020 in Buffalo Prairie Care Center after a long illness. He was born June 24, 1939 in Ava, Missouri to Vernie and Beulah (Dye) Heatherly. On June 22, 1958 he was united in marriage to Patricia Ruth Goos.

Russell enjoyed lending a helping hand to those in need. He spent his early years working for the Ozark Police Department and later volunteering for the Ozark Fire Department and Ozark Ambulance Service. His faith eventually lead him to become a preacher and pastor of small churches in his community. He will most recently be remembered for working at the Plaza Gas car wash during his retirement years.

He is survived by his wife of 61 years, Patty (Goos) Heatherly, three daughters, Gayle and Tim Maples of Spokane, Gina and Curt Hewitt of Nixa and Tyla Heatherly of Ft. Lauderdale, Florida. He was proud of his six grandchildren, Crystal, Nicole, Lane and Whitney, Jeremy and Kelly, Krista, and Alex. He especially enjoyed having six great-grandchildren, Canon, Carter, Lake, Lowen, Raelee, and Grayson; three brothers Gary and wife Darlene, Wandal and wife Janet and Larry and wife Karen.

A public gravesite memorial service will be held at a later date. In lieu of flowers, the family requests donations be made to the American Heart Association or the Selmore Cemetery Fund.

Private family graveside services will be held at Selmore Cemetery. Arrangements under the care and direction of Barnes Family Funeral Home, Ozark. Online condolences may be shared at www.barnesfamilyfunerals.com.