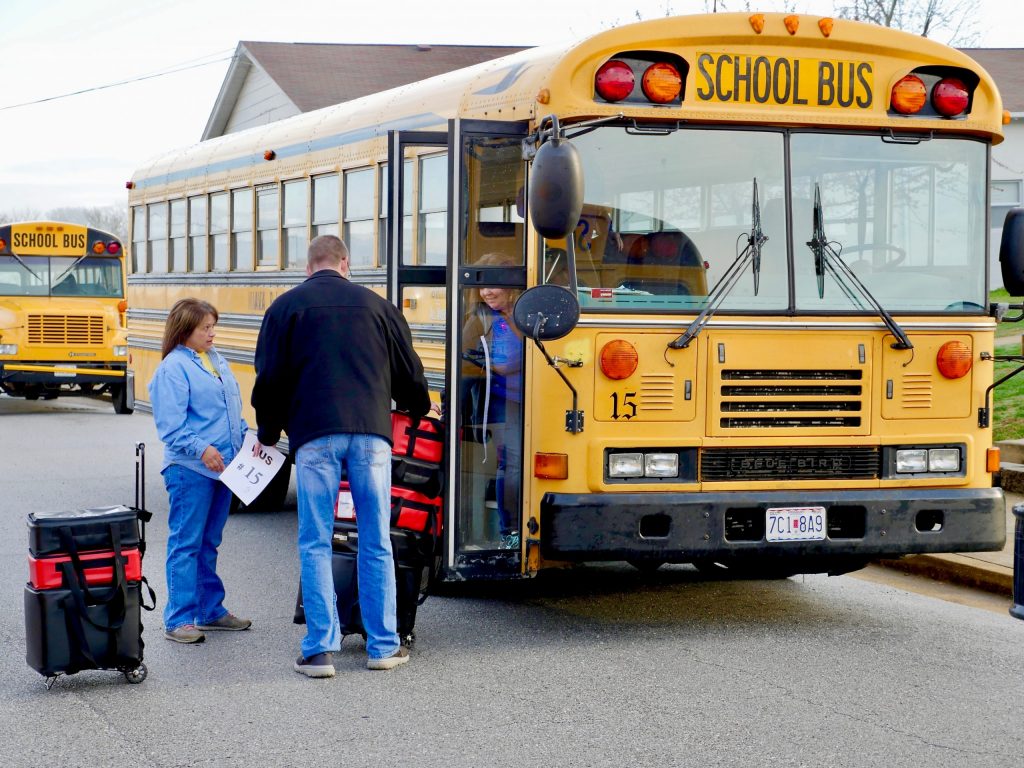 Editor’s Note: In keeping with the CDC’s latest recommendations for groups of no more than 10 people gather in person, this month’s school board meeting was held on-line.

However, the audio steam from the school’s equipment wasn’t 100% intelligible. The article below represents what was discussed at the meeting as best as we could understand it.

Authorization for Payment of Bills

Portions of the regular agenda including the MSBA Monthly Board Report, Board Spotlight, and Principal/Director reports were eliminated in order to focus on the Coronavirus situation.

Dr. Dial reported that the MSBA Spring Regional Meeting scheduled to occur in West Plains on April 22nd had been canceled, and portions would be held online instead.

Dr. Dial said that he and Aaron Dalton were splitting responsibility of the schools COVID-19 response. He met with local employers and talked with representatives from other schools, while Mr. Dalton met with principals and teachers internally.

According to Dial, the school’s facilities are currently cleaned and sterilized.

Dials said the school has daycamps going on and the school was working to reduce the size of those groups to comply with CDC recommendations.

Dial said the schools would provide childcare for households where there is not a parent available to be at home. He expected to serve 90-100 children.

(Editor’s note: On Saturday, March 21st, Dr. Dial posted a modification of the childcare offering to the Ava R-1 Facebook page. Based on guidance from the Missouri Department of Health the school will limit childcare to parents employed in healthcare, law enforcement, social services, etc. See Facebook or contact the school for further clarification.)

According to Dr. Dial, the school will be offering a drivethru breakfast and lunch every day, from 8:30 a.m. to 10 a.m.

Dial reported that the bus drivers will be also helping deliver food to families that can’t make it into town. Deliveries will be made to the normal bus stop locations vs. door to door. Deliveries would happen three times a week, delivering more than one day’s worth of food each time.

Dial indicated that there were still some logistics to work out yet. 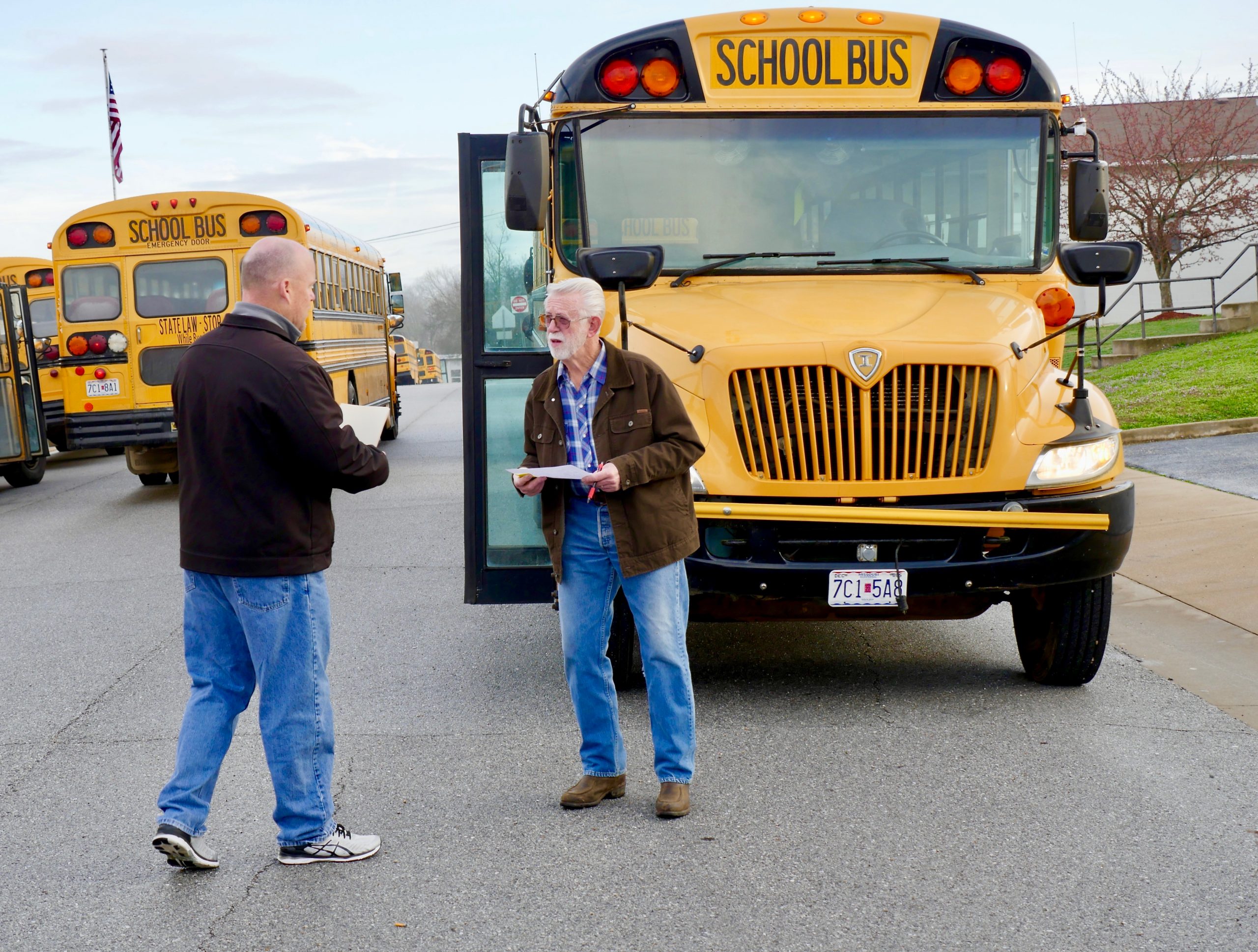 According to Dr. Dial, the bus driver’s contract states they must get paid for 168 days, so they will be paid as if they were still transporting children. However, part of their reimbursement is based on fuel consumption which would be less for the proposed food delivery schedule.

Dan Johnson asked if it would be more economical to rent cargo vans rather than use buses for the food deliveries. Dr. Dial responded that there were insurance concerns with doing so.

Mr. Dalton reported good response on a recent survey to parents asking about interest in meal offerings and learning packets for home-bound students.

Dalton reported working with teachers about getting materials for students to use at home for the next two weeks. He recommended keeping it simple, keeping it fun, and not worrying about keeping up with where students would normally be.

Mr. Dalton and Dr. Dial talked about the challenges of getting information and updates out to families that didn’t have internet access. The hope was that printed documents could accompany the food deliveries.

Dr. Dial said that the MOCH center had provided equipment to be able to check students temperatures on the way into the school facilities.

Dr. Dial reported that state standardized testing (SAT and ACT) had been postponed for the year.

According to Dr. Dial, the school had three bids for two-year contracts. Miller Lawncare was the low bid. The board approved hiring Miller 7-0.

Dr. Dial reported getting two bids for auditors for a five year process – one from local auditor Thomas & Douglas, and one from KPM. The two bids were less than $5,000 apart.

The Ava staff recommended going with KPM, while board member Dan Johnson said he’d prefer the local business. After discussion, the board approved the KPM bid of $20,500/year 5-2, with Johnson and Parsick dissenting.

Opaa is the food service contractor within the Ava R-1 school system. Their contract needs to be renewed yearly, but the contract expires after the coming school year.

Dr. Dial recommended the contract be renewed for this year then other options will be considered at the end of the contract.

During discussion, board member Dan Johnson said “I realize it’s a terrible time to consider a change, but the food those kids get often just goes in the trash. It’s more than just finicky eaters. I’d like to hire their staff and put them on school payroll and do that this coming year.”

Dr. Dial commented that “the payroll would be significantly higher.” Dial also mentioned some upcoming staff turnover that might also provide options for student involvement.”

After further discussion looking at timelines, staffing needs, and the current coronavirus situation, the board voted to renew the Opaa contract for one year 5-2, with Johnson and Parsick dissenting.

The board approved the proposal 7-0.

Dr. Dial mentioned that with the state elections postponed until June 2nd, the current board would stay in place until then.

Video from the meeting is available on the Douglas County Herald’s YouTube channel.

The next school board meeting is April 16, 6:30. Whether the meeting is in person or on-line is yet to be determined.