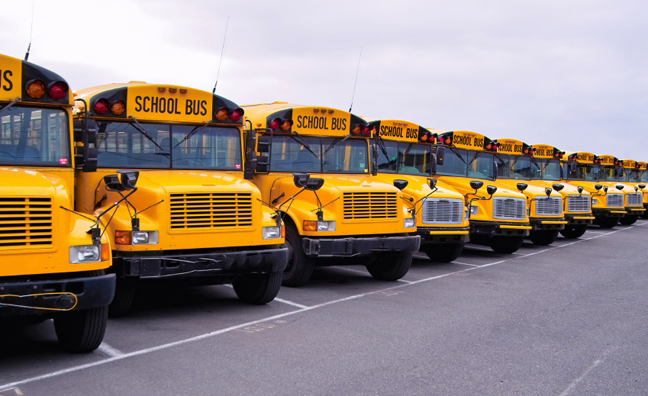 (Provided to the Herald by the Ava Bus Drivers Association)

Apparently there are representatives of current board members (who are running for re-election,) campaigning for them, and asking the voters “why do the bus drivers not want cameras on their buses? What are they trying to hide?” This is the answer from the bus drivers.

The school board and the contracted owners have not come to an agreement. The “agreement” we were asked to sign is not a legal document. It was not written by an attorney and provides no protections for the owners.

We will no longer let the school board force us to sign anything that does not give us protections as well as protecting the school.

We received a letter from Dr. Dial in November stating that he was directed to move ahead with purchasing the cameras “for all district owned busses [sic] and any contractor buses where the contractor AGREES to the installation and operation of the camera equipment.”

We then received another letter claiming that we were in breach of contract by not allowing cameras to be installed on our buses. We were going to be forced to either sign something that was not a legal document and allow the school to install cameras on our private property, lose our businesses, or obtain legal representation. We chose the latter.

The district purchased these cameras at a cost of over $60,000 before anything was agreed to by the owners.

Until recently there has been no discussion between the owners and the school board. Dr. Dial and one board member visited with us but the board member clearly stated that they were not there representing the board.

The owners asked for two things when we discussed cameras. We asked for an on/off switch and to be able to view the videos on our home computers so that when there were issues we could resolve them ourselves. The board said no. When asked why they said no, we were told that several members of the board believed that we could not be trusted. Not that it was a privacy issue, but that people who have been transporting the children of this community for years suddenly couldn’t be trusted.

Dr. Dial and two members of the school board met with some of our representatives this week to discuss the camera issue. Still, nothing was resolved.

Some of the drivers don’t see a need for cameras. After all, they’ve been driving these routes for several years and have handled any issues without cameras.

The board of education’s opinion is that transporting a large number of students on a school bus with one adult to monitor safety is inherently an unsafe condition.

Exactly when did it become an unsafe condition? One year ago? Six months ago? Sixty years ago when this system was started? So why don’t they hire monitors? How do cameras make buses safer? All they can do is catch someone after the fact. They claim the cameras will protect the drivers also.

The school buses are our private property. We should be allowed to turn off the cameras when we are not transporting students as that is our personal time.

And, we would have understood if they had said we couldn’t view the videos at home because of privacy issues but that wasn’t the reason for changing how the videos are viewed. It was a trust issue. They don’t trust us and after everything that has happened with the transportation issue, we sure don’t trust them.

And now here we are, once again, getting attorneys involved. So exactly how much of your tax dollars are being spent on attorney fees to fight the route owners this time? Isn’t it time to stop this drain on school funds?

Why have certain board members made it their mission to try and get rid of the drivers? What’s behind the attempts to take our routes? Is the plan now to try and starve us out? Sure looks that way.

School board members stated, when they were running for office, that the transportation issue was done and over with. Well, to the public and the contractors it sure doesn’t look that way. And it doesn’t look like things will get any better with this school board.