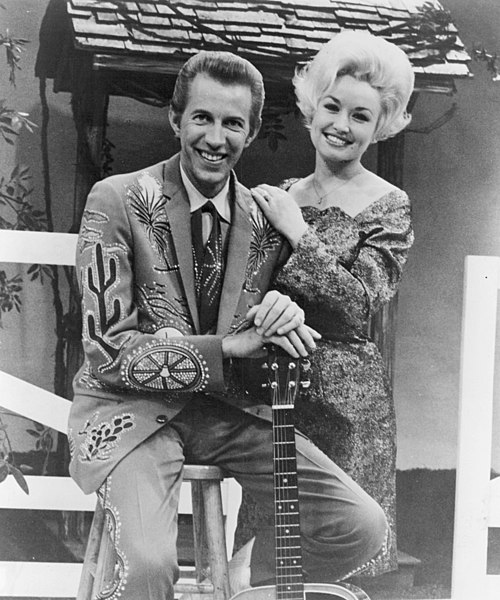 On Monday, March 2, country music star Porter Wagoner was inducted into the Hall of Famous Missourians, a gallery of notables that includes Harry Truman, the 33rd U.S. president; Walter Cronkite, news reporter – journalist; Rush Limbaugh, talk show host; artist Thomas Hart Benton; Dred Scott, the slave who sued for his freedom; and many other famous Missourians.  The gallery is located on the third floor of the Missouri Capitol Rotunda in Jefferson City.

Wagoner, along with his band, first made a name for themselves when they started performing in West Plains, at a local butcher shop. Wagoner was an employee at the meat market.

The band was soon picked up by KWTO, a Springfield radio station.

In the 1960s, Wagoner produced a television show called the Porter Wagoner Show, and each week, his band performed with the show’s regular female country singer, Dolly Parton.  In the 70s, the duo’s songs and skits became well-known to audiences and fans, and soon thereafter, both entertainers were well-known country music stars.

Recently Missouri House Speaker Todd Richardson, R-Poplar Bluff, took the initiative to nominate Wagoner for the Hall of Famous Missourians honor, and during the ceremony which was held last week, Richardson served as emcee.  Representative David Evans of West Plains assisted with the event.

Today, Wagoner is in the Country Music Hall of Fame in Nashville. Throughout his career, he was often referred to as “Mr. Grand Ole Opry.”

For years, Wagoner has been honored by his hometown West Plains, as the main city thoroughfare is still marked as Porter Wagoner Boulevard.